The great recession has fundamentally altered some neighborhoods in metro Atlanta, and their future is unclear as homes have moved and continue to move through the foreclosure process. 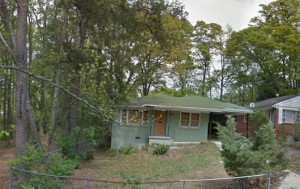 More than 40 percent of the 7,789 homes now in the sales pipeline, or heading to the pipeline, are in the pre-foreclosure, auction, or bank-owned stages of the foreclosure process, according to a recent report of sales tracked by trulia.com, a real estate marketplace. Wall Street investors are purchasing a significant number of homes in metro Atlanta, according to published reports.

At a conference Thursday, a variety of local and national housing leaders will discuss the issue of how to ensure the long-term health and vitality of metro Atlanta neighbors in this time of great change. The program is sponsored by Piece by Piece, a regional foreclosure effort; Atlanta Regional Commission; and Enterprise Community Partners.

Atlanta police Maj. C.J. Davis is among the scheduled presenters. Just last week, Davis, who is Atlanta’s director of code enforcement, touched on the evolution of Atlanta’s neighborhoods during a presentation to the Public Safety Committee of the Atlanta City Council.

Davis said her team had recently focused on a neighborhood located west of downtown Atlanta that now is home to a predominate number of Hispanic residents.

Councilman Ivory Lee Young, Jr. commended Davis for this enforcement action, and others that have been conducted. Young’s district, which includes the future Falcons stadium, has been hammered by the foreclosure crisis and other reasons for disinvestment.

“This is a huge undertaking, the whole notion of making folks compliant with our codes across the city,” Young said. “There are so many people in a state of emergency. The urgency can’t be stressed enough in some neighborhoods. … I know we have a lot of work to do, still.”

The event Thursday is part of the ongoing effort by the Piece by Piece initiative to convene parties that have a stake in Atlanta’s neighborhoods. This forum is intended to explore the issue of, “recent real estate investment trends and strategies to esure long-term health and viability of metro Atlanta neighborhoods.”

The program is slated to begin with a discussion by Dan Immergluck and Mike Minuetelli, who are to talk about local investor activity in scattered-site, single family rental houses. Immergluck is an associate professor at Georgia Tech who focuses on housing markets in vulnerable communities. Minuetelli is a principal with Macallan Group and has a background in construction management, and also the development of large master-planned communities when he worked with Macauley Companies.

These types of houses are the ones institutional investors have been purchasing since values began stabilizing. The investment theory was that rental income would provide a reasonable rate of return in era of sluggish returns. As Immergluck noted in a column that appeared in ajc.com: