Piedmont Park opens welcomed new attractions, but it must never forget that it is a “public” park

Few spaces evoke as much emotion in Atlanta as Piedmont Park.

As the premier green space in the Atlanta region, Piedmont Park belongs to all of us. And as such, we all take ownership – which is a good thing for the city and Piedmont Park.

The last couple of weeks have been important ones for the park. On April 12, it opened the new Promenade along with the new Legacy Fountain – strikingly similar in design as the Olympic Fountain at Centennial Olympic Park. 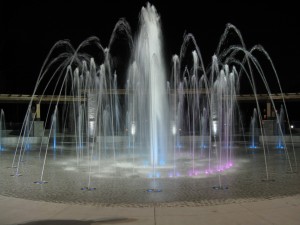 On Sunday, a warm spring day, families and children had discovered the fountain – prancing around in bathing suits as they dodged in and out of the fountain’s water shoots. It was delightful to watch, reinforcing the feeling that the fountains were a wonderful addition to the park. 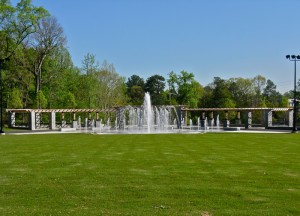 Not far away, the two new basketball courts next to the tennis center were in full use. Dozens of basketball players — ranging in age from pre-K to adults — were enjoying the new courts that were unveiled on April 21 by Atlanta Mayor Kasim Reed , Julius “Dr. J” Erving and City Council President Ceasar Mitchell, thanks to a partnership with Converse Inc.

Part of the park’s 53-acre expansion also has just opened — providing new paths and boardwalks past the “six springs” wetlands and along Clear Creek connecting the historic part of the park as it stretches to the north towards the intersection of Piedmont and Monroe near Ansley Mall. 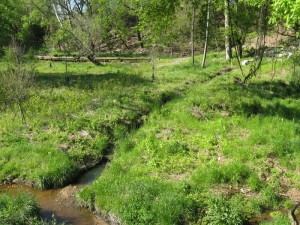 Yvette Bowden, who has been president and CEO of the Piedmont Park Conservancy for nearly three years, said the first phase of the expansion is nearly complete. The park still needs to raise nearly $2.5 million to finish the northern end of the park and open up new access points from Ansley.

The total expansion is expected to cost $72.5 million. Already $41 million has been raised for the first phase — which included the investment of much of the below ground infrastructure improvements for the expansion. That also included fixing poor ground conditions underneath the fountain, which meant having to put up a retaining wall for extra support.

“That ate up every bit of the contingency, and then some,” said Bowden, explaining why an additional $2.5 million is needed to finish out the first phase, preferably by the end of the year. “Those new entrances are very important from a public access perspective.” 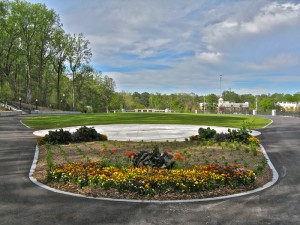 For the past several months, I’ve been walking the woodlands expansion area with my dogs witnessing the progress of the project before it officially opened to the public.

Arbors have been built. Lighting has been installed. New trees have been planted. And the vistas showing the beauty of Clear Creek are now on display.

The park was especially beautiful during the Atlanta Dogwood Festival from April 15 to 18. The addition of a Ferris wheel and carousel added a fanciful flavor to the normal festival flair with dog Frisbee competitions, artist booths and the food and drink stands.

The second phase of the 53-acre expansion will include several other amenities — a community garden, an outdoor classroom, a visitor center and a carousel.

“This is the most aggressive project the Conservancy has ever undertaken,” Bowden said. “We have to stay focused to finish this successfully.”

As much as I applaud several of these additions, as a neighbor “owner” of the park, it is important that we don’t forget that first and foremost Piedmont Park is a public park. 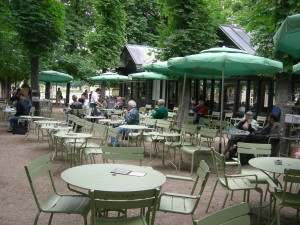 Luxembourg Gardens in Paris. Piedmont Park could have had such a café. (Photo by Maria Saporta)

This is not the vision that the community, working with the Piedmont Park Conservancy, had for the historic building.

Instead, a citizens group had outlined a vision to turn the building into a café with internet access, and then the rest of the building could serve as a community center with a variety of daily programs, such as yoga classes and other events. That vision would not have precluded the “Greystone” being rented out for special events, but it would have made it open to the public seven days a week.

When plans showing that the “Greystone” would not be turned into a café, residents were told that cappuccino carts could be brought in on nice days. Not only was that not a satisfactory solution, it has yet to occur. 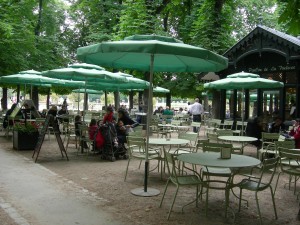 A café in Luxembourg Gardens in Paris. Piedmont Park could have turned the Greystone into such a space. (Photo: Maria Saporta)

Bowden, however, does make a valid point.

“I think the park is more available than it’s ever been,” she said. “More people are using the park today in a number of different ways.”

Partly because of all the special events, cars are being given unprecedented access into the park — supposedly one of the few car-free areas in Atlanta. It’s especially disconcerting when police cruisers and huge city garbage trucks circle around the park — becoming a danger to the pedestrians, cyclists, skaters, runners and strollers.

As improvements are being made in the expansion area, two of the most-heavily used entrances into the park are uninviting and unattractive. The entrance from Charles Allen Drive on 10th Street and the entrance from Park Drive have these ugly metal bars instead of the ornamental gates that adorn the 12th Street and 14th Street entrances.

Going forward, the inter-relationship between Piedmont Park and the Atlanta BeltLine, which borders the eastern edge of the park, will be critical. The Conservancy’s new pathway is not bicycle-friendly, and the need exists for a multi-purpose path that would connect the Northeast section now under construction (from 10th Street south to Decatur Street) to the Ansley Mall area.

Pedestrian access also is paramount. There should be no signs in the park that make areas off limits to pedestrians, especially along the extended driveway from Monroe Drive to the parking garage.

I purposefully have refrained from mentioning the garage, a building that I still find highly objectionable in the middle of Atlanta’s version of Central Park. But that fight was lost, and I’m trying to live with that reality.

Lastly, Piedmont Park recently has lost dozens of its century-old trees. We must do everything we can to reforest the park so that future generations can enjoy it as much as we have.

So we welcome the recent improvements that have been made. We hope the “public” remains paramount in future decisions about our park.

After all, Piedmont Park belongs to all of us — which is a good thing.

Previous Article
For Georgia to thrive, it can no longer operate as a divided state
Next Article
This is a key week for corporate annual meetings in Atlanta