A thoughtful, private decision can change the course of a family forever.

For the Hall-Long family, known for breaking racial and social barriers in Atlanta, one major decision steered them irrevocably from agricultural roots in Rockdale County to the frontline of civil rights. 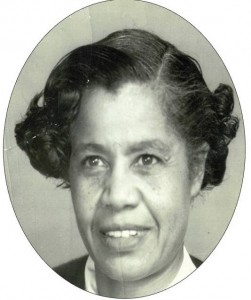 First, go back 50 years to when their leadership and courage helped fuel the civil rights movement in Atlanta. Their field was education, and their specialty was pioneering.

They were so used to breaking down barriers in the segregated South that when their quietly tough matriarch, Annette Lucille Hall, left her home in Conyers for class in downtown Atlanta one morning in June, 1962, they did not know she had done anything noteworthy until they saw the newspaper headline.

By attending a continuing education class that was state-mandated for all high school social studies teachers, Annette Lucille Hall had broken the color line at Georgia State College. Today, Georgia State University is known for its diversity.

“All she said was, ‘I’ve got to do these requirements,’” her eldest niece, Carolyn Lucille Long Banks, recalled. “She told us to pass the torch where you can.”

Younger family members were turning that knowledge into action. Carolyn Long, and her sister Wylma Long – the daughters of Lucille’s sister Rubye Carolyn Hall – had graduated from Clark College and plunged into the student movement pushing for civil rights.

“When we went to see a movie at the Fox Theatre, we had to sit in the colored section in the balcony, and walk up 131 steps outside to get there,” said Carolyn Long. “We knew there were 131, because one of our classmates fell all the way down them.”

In 1961, their brother Ralph Long Jr. had integrated Georgia Tech (and later became one of the first black executives at IBM.)

The Urban League had selected Carolyn Long to be one of the students to desegregate venerable Atlanta department store Rich’s, and later she became the first black female member of the Atlanta City Council. In the early 1960s, the Long home near the Atlanta University Center was, Carolyn Long recalled, “like a second student union” for students who were impassioned about, and sometimes isolated because of, their support of civil rights.

When threats were made in Athens against their friend Charlayne Hunter, police brought her to the Long home as a security measure. “She and Hamilton [Holmes] were good friends of ours from high school,” said Carolyn Long, describing the fertile community of leaders that the Long/Hall family helped nurture.

A quick sketch of this inspirational family tree: Lucille Hall was the first-born of ten. Her closest sister, Rubye, married Ralph Abbott Long. As that generation begat a slew of offspring, “We were all teachers,” said Wylma Long Blanding. At one point, the Longs and Halls counted 37 family members as teachers in Atlanta Public School System.

“Education is our family business,” said Susan Freeman, a granddaughter of Alonza and Fannie who is principal of McNair High School. “You could not go to a family gathering and not hear about it. You couldn’t escape it. It was innate.”

That was the payoff for a critical decision made in the World War II era, by a farming couple who dreamed of a better life for their children.

A tragedy sets up Alonza and Fannie’s choice 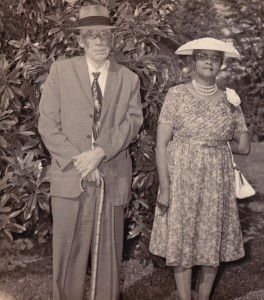 Alonza and Fannie Hall were farmers in Rockdale County. “But Grandpa Hall was always reading, even though he had a third-grade education,” granddaughter Sylvia Hall Chapman said.

To help their eldest daughter Lucille become a boarding student at Fort Valley State (where one classmate was the singer Lena Horne), Fannie Hall sold butter and eggs.

When Lucille began teaching, her meager income helped Rubye go to school. The family kept that “each one reach one” expectation.

Then came the death of oldest son George, the fifth-born of their 10 children.

According to Ralph Long Jr., the circumstances of George’s death were never clear. Carolyn Long Banks said George was struck by a stray bullet in an enlisted men’s club on Lena Street in Atlanta; the location later became a branch of the Butler Street YMCA. But what happened after George died is what is most important.

When the military death benefits check arrived, Alonza and Fannie didn’t splurge or waste it. They recognized that their bittersweet windfall could change the world as their children knew it, and give the next generation opportunities they never had.

The money, they decided, would help their younger children go to college.

“They put the value of education in their children,” granddaughter Wylma Long Blanding said.

“That’s where it all started,” said grandson Ralph Long Jr., speaking of the teachers, leaders and pioneers who are still coming.

His son Ralph Long III (D-Atlanta), served  in the State of Georgia General Assembly, and sees his public service as a direct legacy of Alonza and Fannie’s investment.

“Our history is about the reflections of others and the expectations of each other,” he said. “You can’t do it without family.”

The matriarch with a vision

Lucille Hall, who died in 1995 at age 82, was the main bearer of Alonza and Fannie’s hopes and vision for the family. 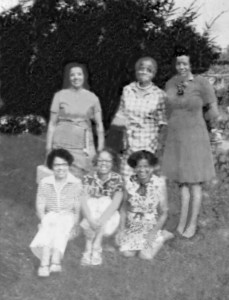 Annette Lucille Hall and her sisters, with their mother Fannie. (Courtesy of Hall – Long family)

Family members could count on Aunt Lucille’s daily phone call and quizzes on current events and political opinions. “Now what are you going to do about it?” was her call to action.

She always traveled with a book to read, and when her hands became too arthritic to turn the pages, she listened to audio books.

“In her attic were all sorts of books that inspired all of us,” said Sylvia Hall Chapman. “A major of those were history books. She was an influence on all of us.”

For this family, making the best of their loss would indirectly inspire many others to be pioneers.

“Some of Lucille’s students contacted her later to say that they had followed in her footsteps to integrate high schools and colleges across the country,” said Carolyn Long Banks.

For Newell Chapman, who married into the family, that investment was seed money in every sense. Just like the boll weevil destroyed cotton from the inside out, he said, knowledge transforms a family’s identity. The key is believing in what you haven’t seen personally, as Alonza and Fannie did with education.

“We have a agrarian background, and if you plant something that doesn’t come up, you plant again,” he said. “You have to think you can.”

Previous Article
Atlanta BeltLine: Sale of old Atlanta Farmer’s Market in BeltLine corridor will reveal its post-recession cachet
Next Article
Two lockouts and one question: What were they thinking?