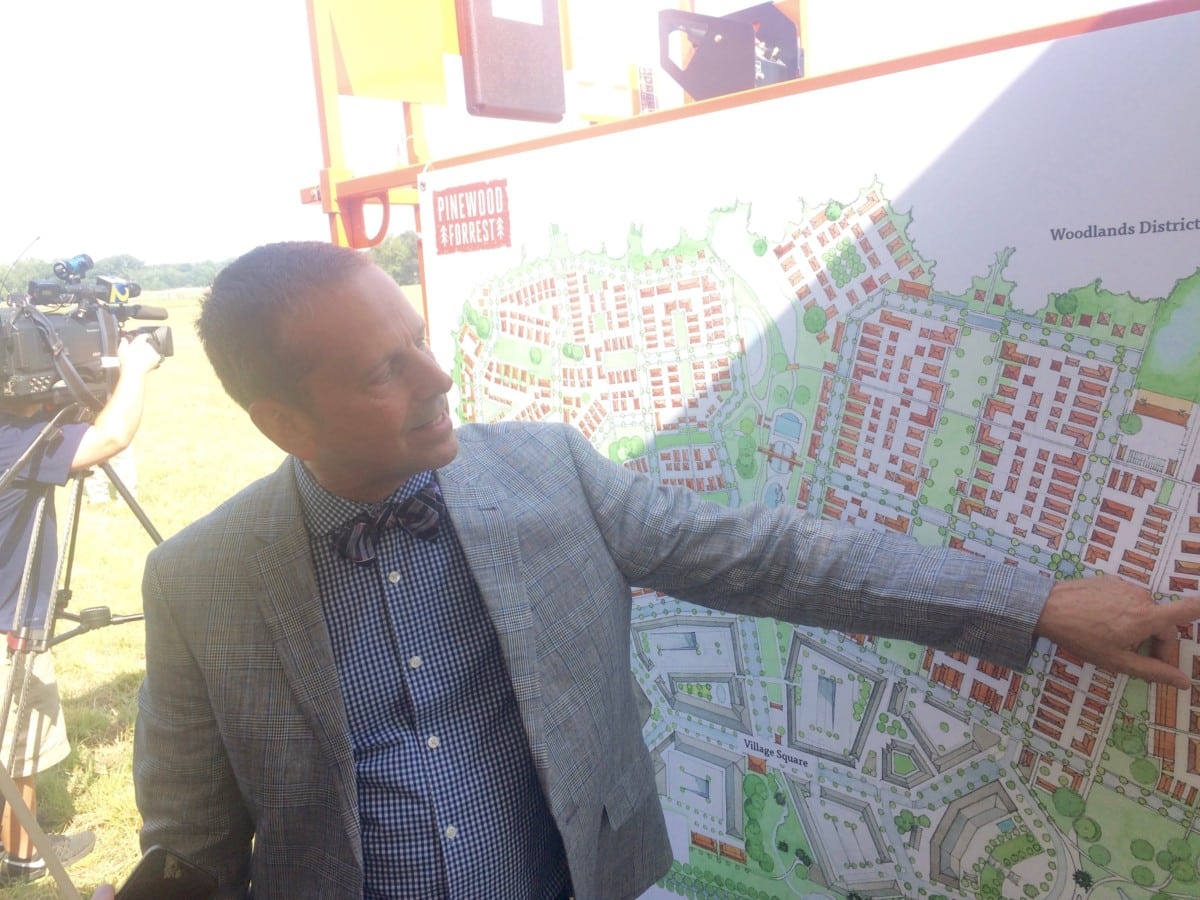 By Ellie Hensley and Maria Saporta

The 234-acre new urbanism community, Pinewood Forrest, will have more than 1,200 residences and 270,000 square feet of office, restaurant and retail space.

“New urbanism is sweeping our country,” said Dan Cathy, owner and developer of the project, who was referred to as the “chief visionary” for Pinewood Forrest. “It will be a live, create, play kind of community. We envision this to be your ultimate sandbox for a creative community.” 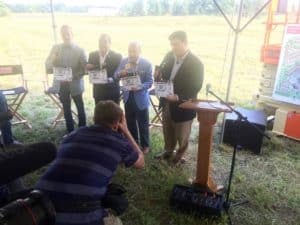 The “heartbeat” of the development will be Village Square, a park and concert venue, which will be surrounded three residential districts: the Woodlands District, the Craft District and the Garden District.

These districts will offer housing at all price points. On the higher end will be single-family homes with carriage houses. Other ioptions include cottages for millennials and empty nesters, tree houses and tiny houses, though developers said these would have larger houses than those of the traditional “tiny house movement.”

“There will definitely be a lot of diverse options from extended stay to rentals of many shapes and sizes,” said Steve Beshara, founder and president of Vista, which is handling strategic communications for Pinewood Forrest.

The development team also has planned a 90- to 100- room boutique hotel and a 200-room Extended Stay Hotel.

The development in rural Fayette County will also have 15 miles of walking trails and sidewalks designed around parks and green spaces. The fan-like design of the development will allow developers to keep many of the existing groves of trees. 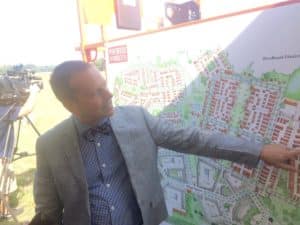 There are plans to have a shuttle running from Pinewood Forrest to Hartsfield-Jackson Atlanta International Airport and MARTA. There will also be a pedestrian connection across Veterans Parkway to Pinewood, though developers have not yet decided whether the walkway will go above or below the road

Although the development is intended for people of all ages and occupations, it was helped along by the immense success of Pinewood Atlanta Studios, which opened in 2014 and has since became an unofficial home for Marvel movies like “Ant-Man,” “Captain America: Civil War” and “Guardians of the Galaxy 2.”

Pinewood Forrest will be developed in four phases. A timeline for the project was not announced.

“This will be a community like no other, an industry-specific community with a clear target audience, Cathy said. “The most exciting days are still ahead of us.” 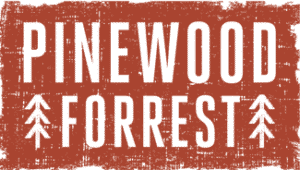