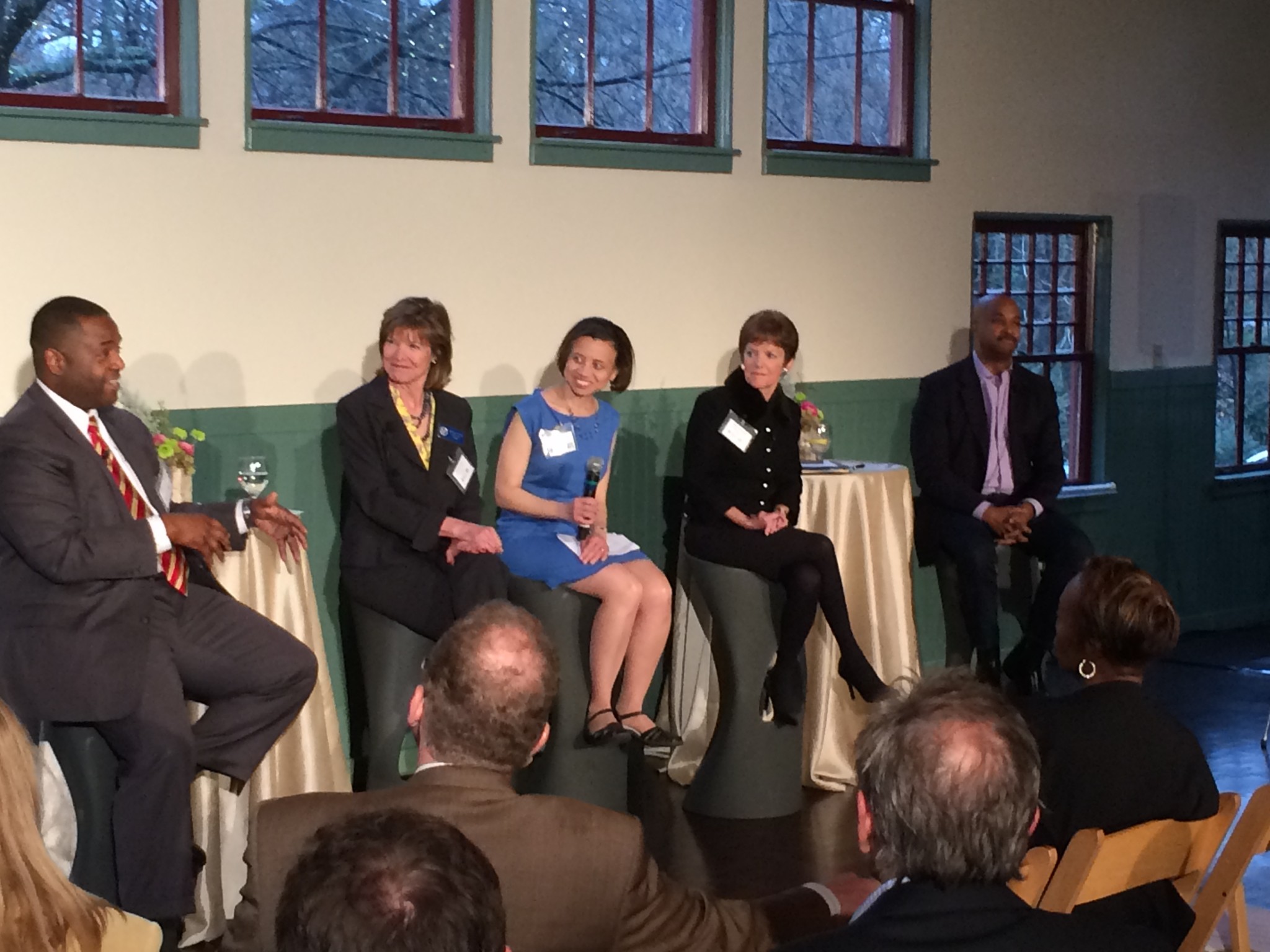 For more than two hours Thursday evening, four potential candidates for Atlanta mayor in 2017 discussed the city’s design and development issues in a panel discussion hosted by Atlanta’s chapter of the American Institute of Architects. 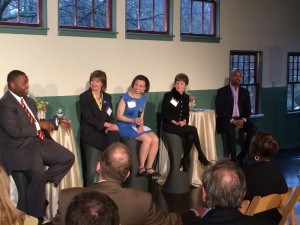 “We hope this will be the start of an ongoing conversation with leaders in Atlanta about important quality of life issues, and we are so proud you took your time to come tonight,” Melody Harclerode, AIA chapter president and panel moderator, said at the conclusion of the “Vision for Atlanta 2015” program.

“You remember that Shirley Franklin was known as the sewer mayor,” Harclerode said. “She was proud of that; it reflected that fact that we needed a lot of infrastructure work done in our city. It would be great to say this council and our next leader value design, that the next mayor could be known as the design mayor.”

The format had Harclerode posing a question to a member. Following the response, a roundtable discussion often ensued as other members presented their opinion.

Only once did the conversation come close to the edge of being competitive. Hall’s comment in a roundtable discussion of a question posed to Norwood regarding solutions to blight spurred the rapid exchange. 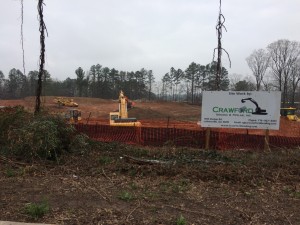 The clear-cutting of this lot on DeFoor Avenue raised questions at an AIA panel discussion about the potential need for additional zoning regulations in Atlanta. Credit: David Pendered

“Sometimes people can’t see the vision,” Hall said. “Some people were against the BeltLine and streetcar. They didn’t understand the vision. … We had a plan. Often times it takes that will to push a little harder.”

Norwood interjected: “Yolanda was a citizen activist on the BeltLine. Ceasar and I were there. We’re all colleagues here.”

Mitchell added: “I was chair of the Community Development Committee [which crafted the BeltLine Tax Allocation District that was the first step in developing the BeltLine]. There was strong support on the council, but the community was suspicious of what this was going to be. … We structured a community input process, which we now see, and put it into the process so the input and engagement continue, structurally, until today.”

Here are some representative questions and answers:

Harclerode asked Mitchell his thoughts about the role of the city’s elected officials in promoting pleasing design and development.

“People want a vibrant city, world class architecture design,” Harclerode said. “The question is: Can Atlanta and its leadership foster design excellence in this city, and how.”

“No. 1: Make it funky. We love funky. I went to Nashville a couple of months ago [and] I saw their convention center. It looks like a space ship. I thought, ‘We don’t have a space ship.”

“No. 2: I firmly believe we will not be able to drive our way to world class. It’s going to require us to think more holistically about transit. We see that happening. Yolanda was a strong advocate for connecting the streetcar to the BeltLine. … When we do that, it’s going to make Atlanta much more attractive to the worldwide, or global, community.”

Herclerode asked Norwood to discuss how the city can address blighted buildings. Blight was a problem well before the great recession, and the foreclosure crisis exasperated the issue as owners abandoned houses and buildings and decay set in. Demolition and “clean and close” are the cities current tools.

“The question is how to get properties saved,” Harclerode said. “How to get communities involved. Once a building is demolished, you’re left with a vacant lot, and that’s not always the best answer.”

“There are three levels of response: Fix up; clean and close, if it’s less than 50 percent deteriorated; and the burnt-shells that should be demolished. … Capitol View and Capitol View Manor were both involved in looking for owners [to compel them to maintain property]. Westview went and found the owner of a property that code enforcement was ready to deal with. 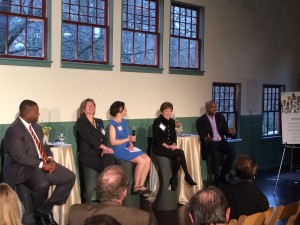 The mood on the panel was generally upbeat, such as this response to Councilmember Kwanza Hall’s comments. Credit: David Pendered

“I think there’s a great opportunity for council to work closer with the Urban Design Commission. We don’t necessarily get everything that’s on their agenda. Yolanda might, as Zoning chair. But each neighborhood is different. A Collier Heights is different from Oakland City, Oakland City is different from West End and Castleberry Hill.”

Harclerode asked Hall his thoughts about the construction industry.

“The question is, do you see a disconnect or a big challenge within those groups,” Harclerode said, referring to architects, developers, and others in industry.

Hall elaborated in comments to another question: 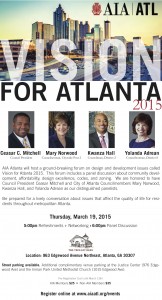 “We can allow legislation to stop progress. Interpretation can stop a deal. … We have to be more considerate of the entire city, and of one another, as we develop laws and interpret laws. … We need to get people to look at things from both sides.”

Harclerode asked Adrean, who chairs the council’s Zoning Committee, her thoughts about a tract of land that was clear-cut for development. The site faces DeFoor Avenue, near its intersection with Howell Mill Road.

“The question is: Do you see opportunity to improve zoning regulations I order to encourage more environmentally sensitive development around the city, now that we have development,” Harclerode asked.

“I grew up on a farm. I’ve lived in a number of cities, including Boston, and now Atlanta is my home. [Guests said they] love the tree canopy we have in Atlanta. … We can’t take away property value. I would like to see incentives to include open space for greenspace, and light between buildings.

“Peachtree could be developed so that we would have a lovely concrete canyon. I don’t think that’s what we want to see. …. I wan us to consider making space, making our buildings more on a huma scale, so there is appropriate greenspace between buildings, and pedestrian friendly. So that Atlanta is inviting to the millennials and those who want to age in place; and they have overlapping needs and goals.”