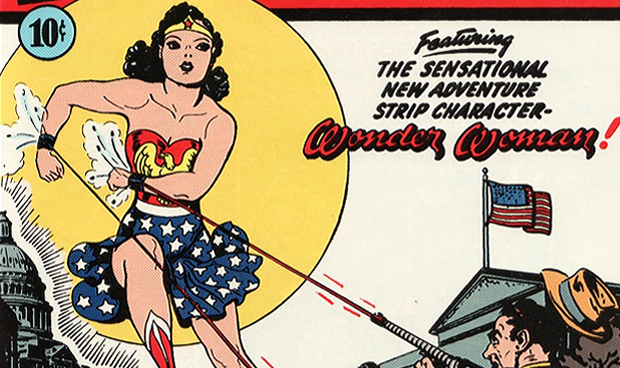 In fact, it isn’t likely to do much of anything.

It’s an origin story. A true one, apparently. Sometime in the late ‘30s-early’40s, a Harvard psychologist named William Moulton Marston (Luke Evans) dreamed up the super-heroine best known for her star-spangled costume, her golden lasso and – most importantly for this picture’s purposes – her handcuffs. 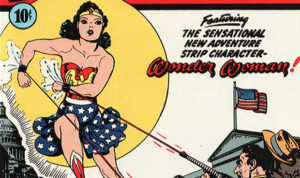 The Professor had help: his wife, Elizabeth (Rebecca Hall), a brilliant therapist in her own right, and Olive (Bella Heathcote), a blithe young beauty who was one of Marston’s students.

When the besotted trio weren’t engaging in gauzy ménage-a-trois sex play, they were inventing the lie detector. And creating the heroic comic book star, Princess Diana, brought up by Amazons and as ready as any super-powered male to take on the bad guys.

As source material goes, this is pretty interesting stuff. Alas, director Angela Robinson doesn’t seem to know quite what to do with it. She wants to have her kink and, well, beat it, too.

At the same time, Robinson lingers —not nearly as salaciously as she thinks — over the repeated S&M elements and bondage motifs in the Wonder Woman comics. Especially as they grew out of the threesome’s unorthodox lifestyle. 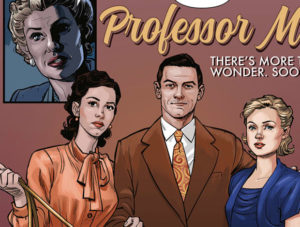 Professor Marston and the Wonder Woman

Some important points are made. For example, Elizabeth is doing the same work as her spouse, but because she’s a woman, she can’t receive a PHD from Harvard. Not a catastrophe, but if you want a career in academia, it doesn’t help.

Alas, the film overall veers dangerously close to “Big Love” territory: Professor Marston and his harem. Maybe it’s just me, but when he tells them, “Together, you are the perfect woman,” I think I threw up (just a little) in my throat.

The performances are strong — especially Hall who understands the deep-down resentment that can gnaw away at smart, good-looking women who don’t know when to bat their eyes.  Evans is good, too — a proto-feminist with a well-meaning frat-boy sense of bonhomie — as is Heathcoate, who doesn’t play Olive as an enigmatic beauty and let it go at that.

Previous Article
Atlanta striving to restore our natural amenities – our trees and our waterways
Next Article
Before Hartsfield-Jackson, building bombers transformed the metro area’s economy