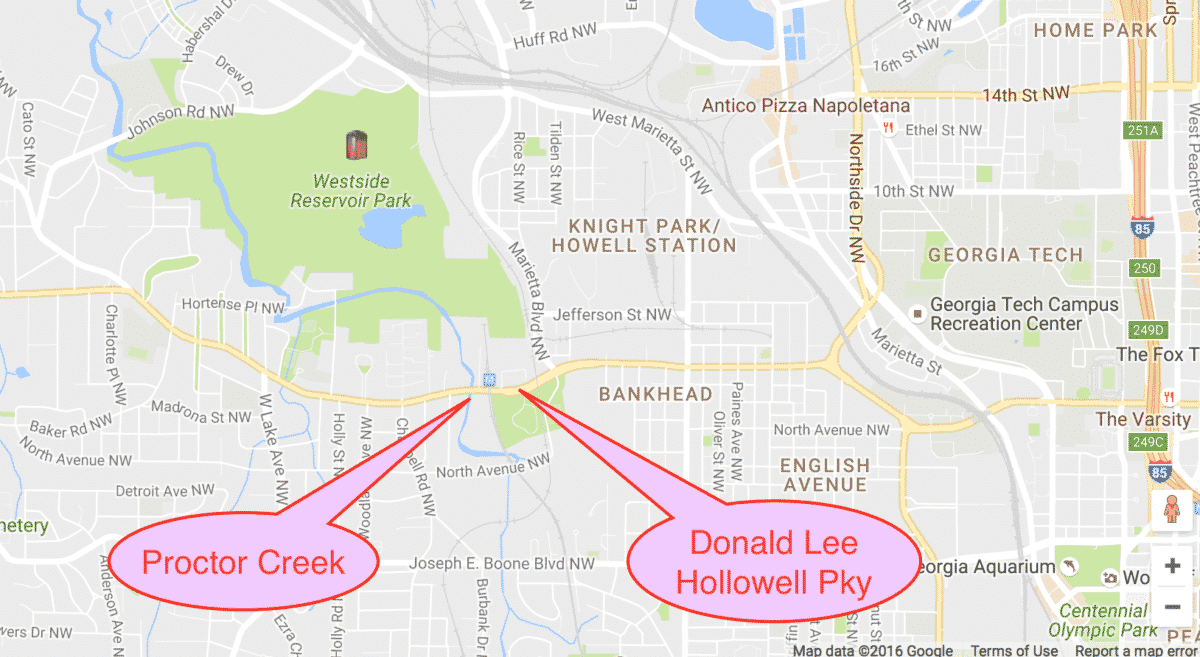 Atlanta is on the cusp of proceeding with the design and engineering of the long-awaited Proctor Creek Greenway Trail, starting with a complex first phase that is to be coordinated with plans to treat stormwater runoff via natural landscaping.

In a related development, Atlanta is poised to start work on improving the bicycle and pedestrian connectivity across Northside Drive. The work is part of the $4.5 million expansion of the Boone Boulevard Green Infrastructure Project, which crosses the Proctor Creek watershed. Atlanta has already funded $4.5 million of the project.

These two papers are slated to be discussed Tuesday by the Atlanta City Council’s Utilities Committee. If approved, the full council could consider them as early as Oct. 3.

Atlanta intends to pay the PATH Foundation up to $160,000 to develop plans for the first leg of the Proctor Creek trail in conjunction with the city’s Department of Watershed Management, according to the pending legislation.

The first phase of the seven-mile trail is to stretch along Proctor Creek from the north side of Donald Lee Hollowell to the planned Atlanta BeltLine park at the old Bellwood Quarry. The quarry site has come to be known as the Westside Park, though it has not been formally named.

This project is so technically complicated that Atlanta has identified PATH as the only vendor capable of designing a trail around the needs of the stormwater treatment system. 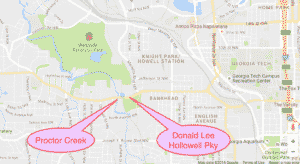 According to an Aug. 31 memo watershed Commissioner Kishia Powell sent to Adam Smith, the city’s chief procurement officer, stating that PATH is the organization able to carry out the assignment:

Smith concurred and wrote that competitive sealed bidding does not apply because of the specialized nature of the project. Smith set a six-month limit and $160,000 ceiling on the duration and total price, according to his determination dated Sept. 8.

The Boone Boulevard Green Infrastructure Project calls for reducing the street from four lanes to two, with turn lanes at intersections and occasional median islands, according to the legislation. Bio retention areas are to be built in the right-of-way alongside the road.