Breaking the cycle of poverty has been an elusive goal for generations.

But one of the leaders in the war on poverty for more than 25 years – Carol Naughton – said: “We need to embrace this idea of continuous improvement.”

Naughton was named as the new CEO of Atlanta-based Purpose Built Communities on Dec. 10. 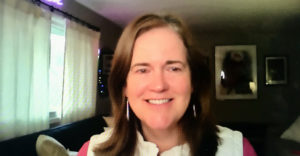 The nonprofit was founded to replicate the model of the transformation of East Lake in communities across the country. For its first 10 years, it was funded almost entirely by three men – developer Tom Cousins as well as businessmen Warren Buffett and Julian Robertson. The executive chair of Purpose Built is former Atlanta Mayor Shirley Franklin.

“Carol has tons, actually decades, of experience working in the field of community development whether in Atlanta at the Atlanta Housing Authority or working with teams of business and civic leaders in one of our 28 Network Member communities,” Franklin wrote in a text. “She’s a gifted leader who operates with integrity and passion to make the world a better place for those who have been left out and discriminated against for decades.”

In her first interview since being named CEO, Naughton talked about how she sees Purpose Built evolving in the future. Naughton has been with Purpose Built since 2009 when she joined as a senior vice president and later becoming its president. She has been serving as interim CEO since July.

“This feels like the right place for me at this point in my life,” Naughton said. “I’ve spent the last 26 years in community development work. I’ve built relationships across the country. I’m really well-positioned to lead the organization at this point.”

Looking forward, Naughton expects Purpose Built to slow down its growth into new communities and focus on building excellence among the current 28 neighborhoods in its network. 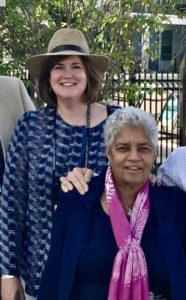 “Growth is not our primary measure of success anymore,” she said.

Internally, Purpose Built is diversifying its board and its funding model beyond its initial three investors. Two new board members include: Lillian Giornelli, president of the Cousins Foundation, and Stephen Macadam, retired vice chairman of EnPro Industries and former CEO of BlueLinx Holdings.

And Purpose Built has received significant support from the Truist Foundation, the Robert Wood Johnson Foundation and the Harlem Children’s Zone.

Naughton said Purpose Built is looking for ways to expand access to capital for the 28 projects it supports across the country. It also to serve as a matchmaker for possible community investments – serving as a distribution channel of funding to its network communities.

Another element of its strategic plan is to inspire and inform other organizations working in “place-based” transformation. Purpose Built seeks to create “learning collaboratives” where nonprofits share lessons on what works and what doesn’t work.

Of course, the work has become all that more complicated with the COVID pandemic and the widening gulf between the haves and the have nots.

“We know since COVID, poverty numbers have gone up,” Naughton said. “As people who care about equity, we need to take a fresh look.”

“If we want to get to the core issues, we have to keep digging down and see what kind of investments we can make for children to have economic mobility and break the cycle of poverty,” she said. That includes helping parents and adults to build healthy communities.

“We know this model works,” Naughton said of efforts to spark place-based transformation by looking at complete communities. 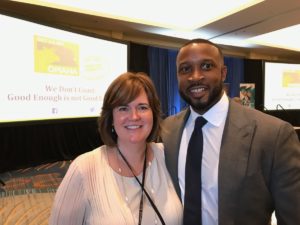 “I love the work that I do. It’s energizing and inspiring working with inspiring people across the country,” Naughton said, adding she has loved every community development role she’s held over the past 25 years.

“I hope we all can embrace this ethic of continuous improvement,” she said. “It has to be embedded in community development work.”

When asked how she can continue to be so full of optimistic energy despite the growing challenges of poverty, Naughton turned philosophical.

“It’s important we celebrate the victories along the way,” she said. “It’s really had work. We have to continue to find the balance between both patience and a sense of urgency. It’s about making progress every day.”

Previous Article
The story of a friendly man
Next Article
Mental health: Take a walk, play with ducks, blow off steam with Gen Z lyric video