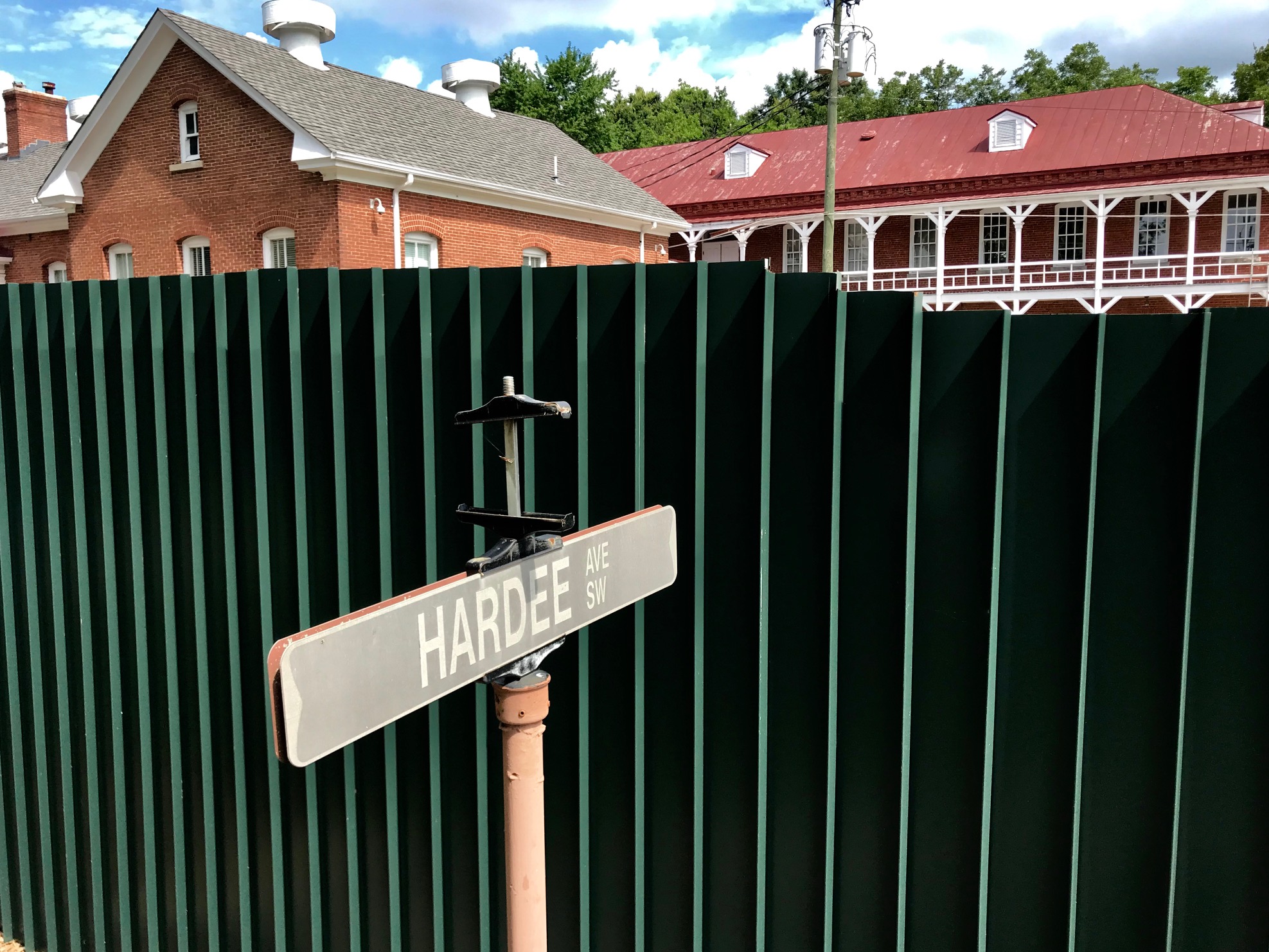 The behind-the-scenes dealing at Fort McPherson reminds me of Marvin Gaye’s song: “What’s going on?”

The questions are numerous.

Who’s in charge of deciding the fate of the 145 acres not under the control of movie producer and entertainer Tyler Perry?

Will the Fort McPherson Local Redevelopment Authority proceed with Macauley Investments – the master developer it selected two years ago – to develop those 145 acres? 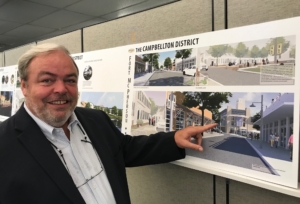 Stephen Macauley with a sketch of some of the plans for the old Fort Mac site. (Photo by Kelly Jordan)

Or will it switch horses in mid-stream –  allowing Tyler Perry to take over the remaining property?

Is Atlanta Mayor Keisha Lance Bottoms, and her confidante – attorney Alvin Kendall – behind the efforts to have Perry control the entire 488-acres – the site that used to be the now-closed Fort McPherson (one of the most beautiful and historic places in Atlanta)?

And is there any truth to the speculation that former Atlanta Mayor Kasim Reed is working with Tyler Perry?

And what about Brian Hooker, who has served as executive director of the Fort Mac LRA for nearly five years?

Hooker did not attend the last LRA board meeting on July 11, and no explanation was given for his absence. To this day, it is not clear whether he is still the LRA’s executive director or if he’s on his way out.

Meanwhile, the LRA has asked Stephen Macauley and his team for more information and details about his $700 million proposal to redevelop those 145 acres – complete with up to 2,500 new residential units – 60 percent of them being below market rate.

Is the LRA asking for that information out of a genuine desire to move ahead with Macauley? 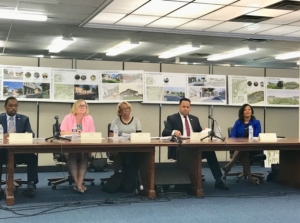 Or is it asking for that info so it can hand all of it over to Tyler Perry, saving him millions of dollars to study and plan the site?

That is not so far-fetched. Back in 2014, a group proposing to put a movie studio on 80 acres of Fort Mac sued Tyler Perry Studios saying he had taken all their sound engineering studies and plans when he stepped in to build his own studio.

So many questions. And so few answers.

It’s not even clear whether the state-owned Fort Mac LRA is an independent body or taking orders from Atlanta’s City Hall.

But here are some known truths.

Five years ago, then Atlanta Mayor Reed ignored all the community-based plans for the redevelopment of Fort McPherson and orchestrated a sweetheart deal for Tyler Perry – selling about 330 acres for less than $33 million.

“He bought the place for pennies on the dollar,” said Sherry Williams, a southwest Atlanta neighborhood activist who has been following the various plans for Fort Mac for years. “I think the community is looking for transparency, and we don’t see it.” 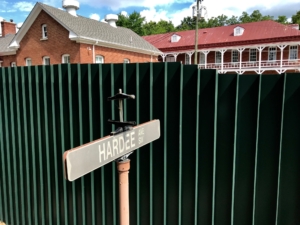 Williams said that when Perry had his studio at Greenbriar Mall, the community had hoped he would lift up the area, “but it operated in a silo.”

Now that he’s taken over Fort McPherson, Williams said she has not seen “how the average person in the community is benefitting from his studio being there.”

The most telling signal are the fences, which Williams called a wall because one can’t see through it.

Back in 2014, Atlanta City Councilwoman Joyce Sheperd, who represents the area, spoke of her hopes for the redevelopment of Fort McPherson.

“The community was very excited about the walls coming down,” Sheperd said at the time. “You cannot keep the walls up the way it is now.”

But neither the city nor Sheperd acted to stop Perry from fencing in his entire 330 acres and turning the area into a fort inside a fort – literally to keep out the community and the public.

In fact, at the time, then-Mayor Reed seemed to be negotiating more on Perry’s behalf rather than what was in the best interest of the community. 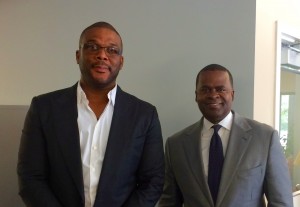 The city could have, and should have, demanded that Tyler Perry not fence off the property so Fort Mac could be open to public.

Consider what San Francisco pulled off with “The Presidio” – a former Army base (just like Fort McPherson). The base was turned into the Presidio National Park and the Letterman Digital Arts Center – the headquarters of Lucasfilm as well as Industrial Light & Magic.

The website describes the complex as “a serene 23-acre campus” that “includes expansive public park space with a collection of statues” honoring movie legends in the Bay Area. “The iconic Yoda Fountain, a landmark for fans and visitors, proudly marks the main entrance to the LDAC four-building campus.”

Lucasfilm, in 2002, entered into a 90-year ground lease for the 23 acres. It also agreed to set aside 15 acres of green space to be accessible to the public. Also, Lucasfilm agreed to pay nearly $6 million a year in rent to help cover the cost of the Presidio Trust’s annual budget.

Why didn’t our elected leaders demand that Fort Mac become a public amenity rather than a sequestered Tyler Perry movie studio? 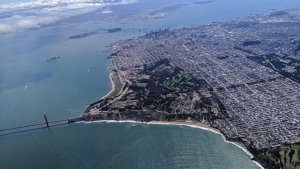 And what will happen if Tyler Perry were to take over the remaining 145 acres? Will the fences come down? Or will there be even more fences?

Let’s hope the elected leaders of today will be more sensitive to what is in the best interests of the community.

Carmen Chubb, chief of staff for Atlanta Mayor Bottoms and one of the two newest board members of the Fort Mac LRA board, said on Monday morning the city would be looking out for the community.

“Everybody is committed to a good outcome at Fort Mac – something good for the community,” Chubb said. “The community is at the heart of the discussion.”

Several neighborhood leaders have spoken out in favor of the Macauley development plan because of its outreach to surrounding communities.

“We have been studied and reviewed ad infinitum,” said Allean Brown of Cascade Heights at the most recent Fort Mac LRA board meeting. “The Macauley project is at least a decent proposal for the completion of the project.”

Williams agreed. She also expressed concern the LRA has apparently hit the pause button on the Macauley plan.

“What is the back story? Everybody is really frustrated, and we have been at this for a number of years,” Williams said. “I’m frustrated because I wish I knew more about what’s going on.”

Previous Article
Moon over Fernbank by Kelly Jordan
Next Article
Justice for black youths, reparations in Atlanta’s conversations this summer