Editor’s note: This story has been updated to correct a typographical error in a quotation that misstated the racial composition of Atlanta, and add material related to the status of Confederate statues in Charlottesville, Va.

The racial composition of the Atlanta committee that’s reviewing Confederate icons in the city was called into question Wednesday by Aaron Turpeau, a former cabinet member of Maynard Jackson and Andrew Young’s mayoral administrations. It wasn’t the only concern expressed.

Another speaker, and three committee members, questioned whether the committee can complete its duties before Thanksgiving. That’s the timeframe provided by Atlanta Mayor Kasim Reed and the Atlanta City Council.

A professor at Georgia State University, Tim Crimmins, who directs federally endowed workshops for teachers on the topic of Atlanta’s landmarks and Civil Rights history, urged committee members to remember the place in time that these monuments represent: “Historic contextualization is something the city should follow.”

Richard Rose, president of the NAACP’s Atlanta branch, called for the removal of Confederate icons. Rose said such street names and monuments amount to the honoring of an insurrection against the United States.

“Slavery was about degradation,” Rose said. “It is time for America to repudiate its racist white supremacist past. Atlanta should take heed from cities such as Baltimore and New Orleans … and stop the oppression of black and brown residents through these street names.” 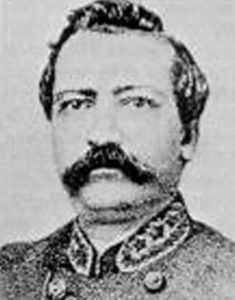 Holtzclaw Street, in Reynoldstown, is up for its review by a blue ribbon panel because its namesake is Confederate Gen. James Thadeus Holtzclaw, the city’s preservation director said Wednesday. File/Credit: atlstreets.blogspot.com

John Dietrichs, twice a commandant of the Gate City Guard, which raised the Peace Monument in Piedmont Park, basically called for the preservation of a statue marred in August: “This monument represents one of the best efforts to the amicable reunion of the United States after the Civil War.”

These issues are the first inkling that Atlanta’s efforts to review Confederate icons could lead to an imbroglio similar to that which faced other cities, and universities, that sought to address memorials to the Confederacy. The fatal clashes in Charlottesville, Va. in August were triggered by the pending removal of a statue of Gen. Robert E. Lee from Emancipation Park, as approved by the city council. Statues of Lee and Gen. “Stonewall” Jackson, which also is to be removed, are pending the outcome of a lawsuit filed in a Virginia state court, according to a statement on the city’s website.

Aaron Turpeau challenged the committee’s racial composition. Turpeau’s biography says he served 17 years as a city commissioner in various departments. Turpeau has since had contracts to run parking lots at airports in Atlanta and Denver.

“This is a race issue,” Turpeau said.

Turpeau said he had four points to raise on behalf of the Coffee Group, a politically active organization taking a role in the curry municipal elections. The issues Turpeau raised are: 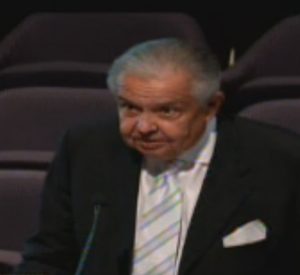 Turpeau concluded: “To not have at least equal representation at the table, at least for the review, amounts to the rest of the story.”

Committee co-chair Sheffield Hale, president and CEO of the Atlanta History Cente, concluded the meeting by outlining next steps.

By Friday, the city’s website is to have a page devoted to the committee’s work and all material gathered for review. The page is to be accessible from the city’s homepage.

On an ongoing basis, committee members will consider adopting principles to guide future consideration of Confederate icons. This is the platform to address the short timeframe for the current committee to deliver recommendations that can be acted on before the end of the year.

Nov. 8 is the next scheduled meeting, at 6 p.m. at Atlanta City Hall. More public comment will be taken and committee members are to discuss possible recommendations.

These are the committee members: