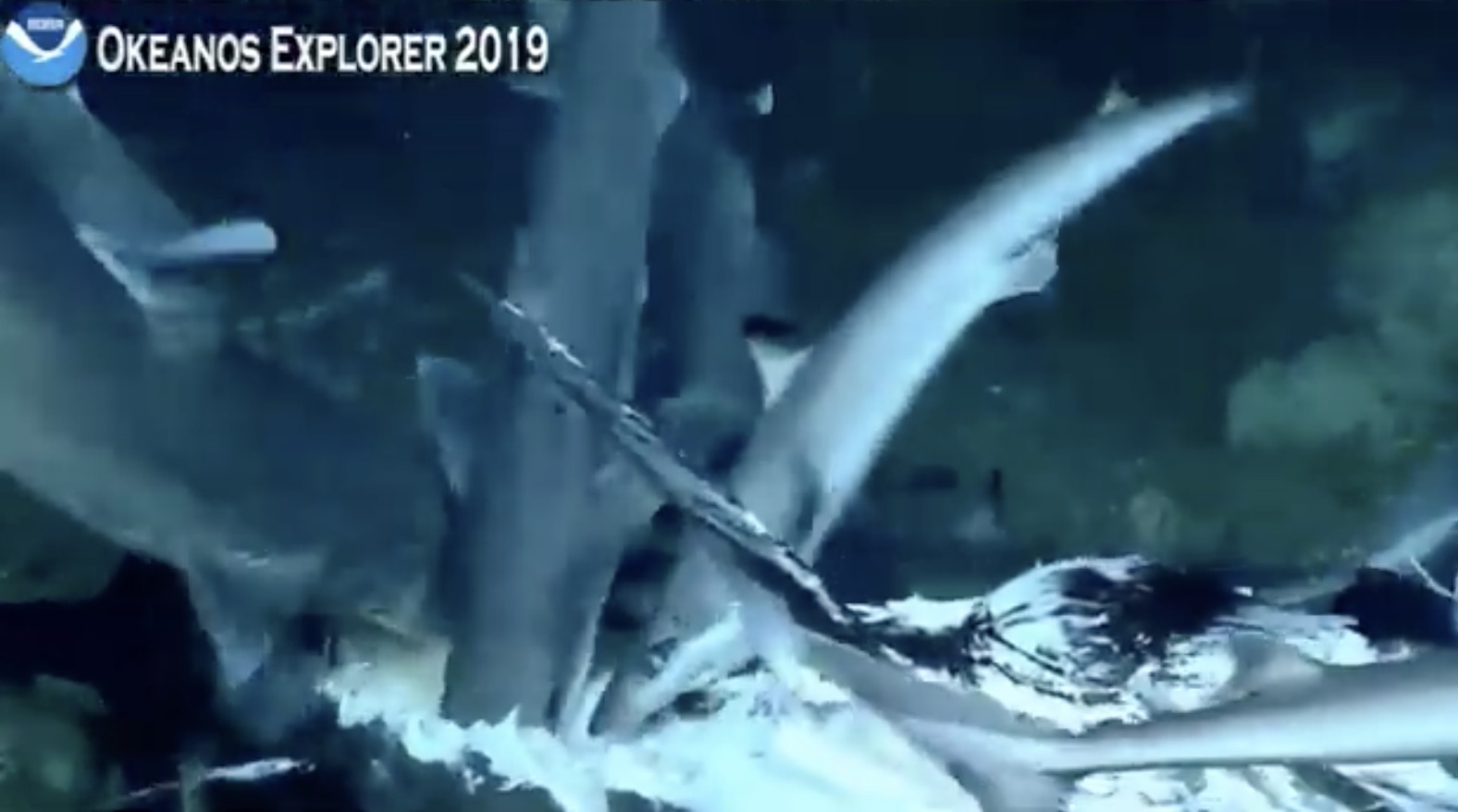 A video tour posted by marine scientists provides a close-up look at life forms in the deep waters of Georgia’s newly named Hope Spot marine conservation area. Videos give first-ever glimpses of cold water corals on a sea bottom once thought to be barren sediment, and a soup-to-nuts view of sharks devouring a huge billfish – which a scientist observed was fairly graphic. 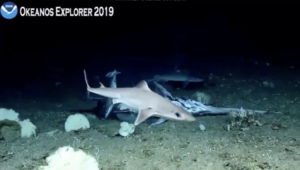 Dog sharks circle the carcass of a dead fish before they begin devouring it. Credit: NOAA, Okeanos Explorer via YouTube

“I think we’ve lost our PG rating,” said one of two scientists who controlled the camera on the remotely operated vehicle that explored the Blake Plateau in June and July.

The scientific exploration is unrelated to the Hope Spot designation of an area dedicated this month by Mission Blue and its founder, acclaimed oceanographer Sylvia Earle. The new marine sanctuary stretches from the coast all the way to international waters.

But the research trip by NOAA and its partners does provide views of an area beyond the reach of many who will be asked to help provide it with further environmental protections. The Hope Spot designation is viewed as the starting point for future preservation efforts that may eventually carry legal protections.

NOAA and its partners just happened to have conducted a research expedition in June and July in the deepwater areas off Florida, Georgia and the Carolinas. NOAA observed the waters are some of the least explored areas along the U.S. East Coast.

Following is a narration of action the ROV captured in the Hope Spot that speaks to the reason environmentalists worked to have the marine sanctuary recognized by Mission Blue.

The video, Shark Feeding @ Blake Plateau, runs for nearly 8 minutes. Two female scientists handle the narration and two men, speaking in the background, can be heard directing the camera shots of sharks eating a fish thought to be a swordfish or a billfish: 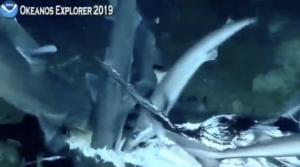 Dog sharks crowd to eat a freshly dead swordfish or billfish that died and sank to the sea bottom off Georgia’s coast. Credit: NOAA, Okeanos Explorer via YouTube

This is when a male voice observed on the PG rating. 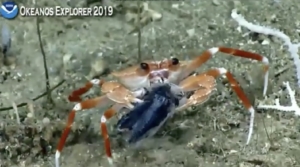 A crab walks away with a piece of dead fish, possibly from the jaw or mouth, as dog sharks continue to devour the creature. Credit: NOAA, Okeanos Explorer via YouTube

The process to gain the Hope Spot recognition for these offshore waters has taken most of the year. The effort was led by three women who work to protect Georgia’s coastal areas:

The international Hope Spot designation was announced Oct. 10 at a celebration at the Georgia Aquarium. Earle’s organization, Mission Blue, created the recognition to focus public attention on protecting areas of the world’s oceans that are home to special marine ecologies or are socially significant. 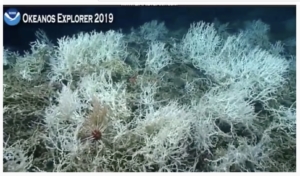 The narration by the marine scientists of the cold water coral reveals that no one had expected to find such living creatures on Georgia’s Blake Plateau.

Following are snippets of the narration of the segment titled, Coral Knoll @ Blake Plateau Knolls: 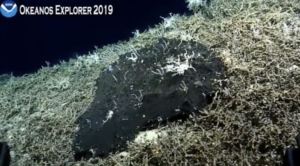 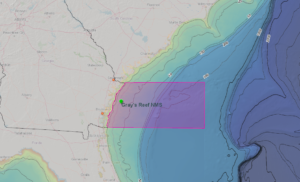 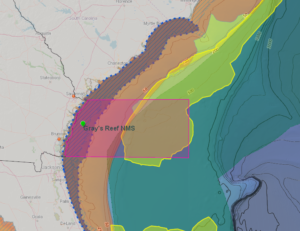 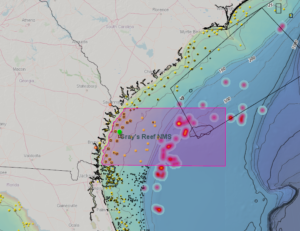