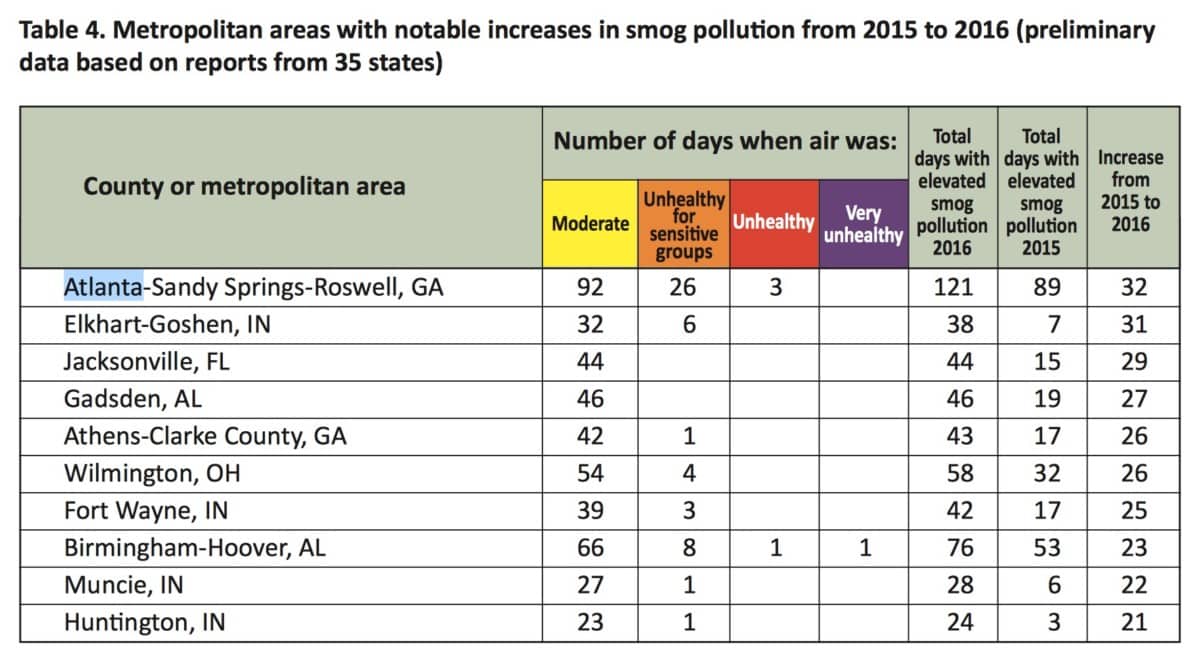 The state issued the first air quality warning of the year for metro Atlanta Thursday, which happened to be the day Environment Georgia released a report that showed Georgia led the nation in worsening air quality from 2015 to 2016.

Admittedly, this segment of the report is based on findings that represent preliminary reports from just 35 states. But the trend doesn’t bode well for the region.

Environmental advocates used the release of the report as an opportunity to oppose some of President Trump’s environmental proposals. Although the nation’s air is cleaner now than 30 years ago, they contend Trump’s proposals will roll back policies that resulted in cleaner air. A statement from Environment Georgia observes the Trump administration in the past month has: 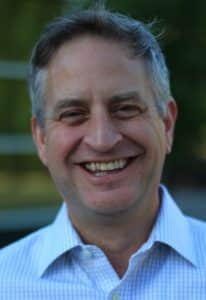 “Moving away from clean sources of energy is reckless and frankly un-American,” Don Moreland, chairman of the Georgia Solar Energy Association, said in a statement. “We should be doing more to clean up pollution and develop clean energy, not less.”

The report, Our Health at Risk, is based on reviews EPA records of air pollution levels across the country, focusing on smog and soot – dangerous pollutants that come from burning dirty fuels like coal, oil and natural gas, according to Environment Georgia’s statement.

In 2016, metro Atlanta led the chart with the highest number of days when the air was of moderate quality (92); unhealthy for sensitive groups (26); very unhealthy (3).

The only category in which metro Atlanta didn’t lead was in the category of very unhealthy air quality. The Birmingham-Hoover area took that award, with one day. No other cities recorded air quality that low, according to the report. 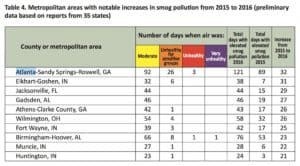 Metro Atlanta led the nation in the increase in the number of days with elevated smog pollution, based on preliminary data from the EPA cited in a report released Thursday by Environment Georgia. Credit: Our Health at Risk

Francys Johnson, president of the Georgia NAACP, observed in a statement from Environment Georgia that certain groups are more likely to reside in areas of poor air quality.

“Unfortunately, the most vulnerable among us, often people of color or those struggling to make ends meet, will live near highly traveled roads or polluting plants,” Johnson said. “These communities are unfairly saddled with an increased risk of lung cancer or death from stroke, lung disease or heart disease.”