Atlanta’s proposal to change social dynamics and housing prices in neighborhoods with single-family houses faces a rising number of challenges in the final days of debate. 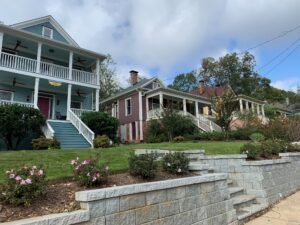 Homeowners in some neighborhoods would be allowed to subdivide their property and sell pieces for additional dwellings. (Photo by Kelly Jordan)

Advocates contend the proposal will help Atlanta remake itself from a car-oriented culture housed in neighborhoods designed with an eye to race and income. The reduction of restrictions on the number of dwellings built in existing neighborhoods is intended to encourage development of more housing units – some of which are to cost less to rent or buy than others in the area. Additional incentives are planned to increase density near MARTA rail stations.

In recent weeks, challenges to the proposed Comprehensive Development Plan have emerged. They include: 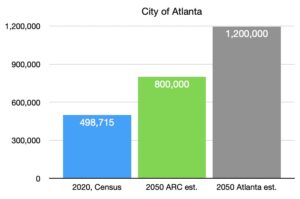 Atlanta planners project the city’s population in 2050 will be 50 percent greater than the number provided in a rough forecast by the Atlanta Regional Commission. (Data from Census, ARC, Atlanta tabulated by David Pendered)

This stew is coming to a boil as the Atlanta City Council is slated to adopt the proposed CDP as early as Oct. 4. The date of adoption depends on the outcome of a public hearing scheduled for Sept. 27 (public comments due Sept. 26), and a vote by the council’s Community Development/Human Services Committee, scheduled as early as Sept. 28 (agenda not published as of Sept. 20). Once approved by CDHS, the CDP will advance for a vote by the full council.

The proposed CDP is a 596-page document presented in five volumes. It is intended to stand as the city’s long-range plan required by the state in order for Atlanta to benefit from various funds and programs overseen by the state. Georgia’s goals for CDPs include protection of private property rights, and greater certainty about where development will occur and how its public costs will be met. 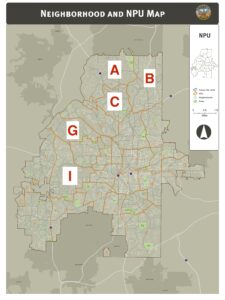 A consortium of five neighborhood planning units in historically Black and white neighborhoods of Atlanta signed a sent a letter to city officials to request the proposed CDP not be adopted. (Atlanta NPU map amplified by David Pendered)

While Atlanta’s proposed CDP addresses an array of growth-related issues, the proposals affecting residential density have captured the most attention.

The proposed CDP states its intention to prepare for the day in 2050 when 1.2 million individuals reside in the city. The ARC on Monday said its rough forecast for Atlanta’s population in 2050 is about 800,000 residents. Atlanta’s current population is 498,715, according to a report of the recently completed 2020 Census.

Planning Commissioner Tim Keane observes in his introductory letter in the CDP: “Within the next generation, Atlanta’s population will double.” The CDP later explains city planners reached the 1.2 million number by extrapolating from the ARC’s regional forecast for 2050. Language on Page 38 observes: 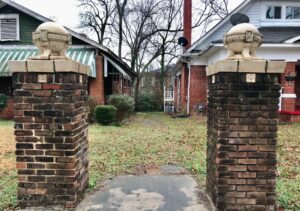 Development in some blighted neighborhoods could be depressed by the city’s plan to promote residential development in existing stable neighborhoods, according to a letter sent by five NPU leaders to Atlanta officials. (Photo by Kelly Jordan)

Keane introduced raw politics into open conversation last week, casting some critics of the proposed CDP as supporters of the Buckhead city movement who are looking for another reason to leave Atlanta.

Keane is quoted in a Sept. 14 story in atlantaciviccircle.org as saying, in part:

More than two weeks before Keane spoke, Keane had been sent a letter of opposition to the proposed CDP signed by civic leaders in historically Black and white neighborhoods. Dated Aug. 26 and emailed to city leadership including Keane, the city’s housing director, the president and all 15 members of the Atlanta City Council, the letter begins: 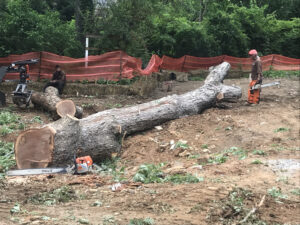 The potential destruction of trees in stable neighborhoods to make room for more dwellings is a concern cited by some NPU leaders who oppose the proposed Comprehensive Development Plan. (File/Photo by Kathryn Kolb)

The 13-page letter raises concerns including traffic congestion, school overcrowding, tree destruction, flooding – and the CDP’s direction of future growth to neighborhoods that already are developed, at the expense of areas where residents want it. The first headline in the letter states: “We were misled.” The letter later says city residents did not have a seat at the drafting table:

The letter was signed by leaders of Neighborhood Planning Units A, B, C, G and I. NPUs A, B and C encompass Buckhead and North Atlanta. NPU G covers the new Westside Park environs, Perry Boulevard, Carey Park and the region west to the city limits. NPU I includes Cascade Heights, West Manor and Collier Heights, including the nature preserves at Lionel Hampton/Beecher Hills and Cascade Springs. 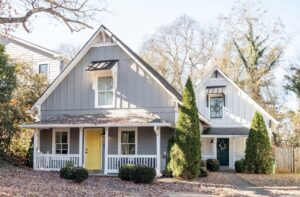 Atlanta’s plan to boost residential density includes allowing a homeowners to sell the backyard for construction of a second dwelling. (File/Photo from proposed CDP)

State and regional planners have determined the proposed CDP meets the Minimum Standards for Local Comprehensive Planning. However, there is room for improvement, according a letter to the ARC from the Georgia Department of Community Affairs.

In a Sept. 10 letter, DCA suggests Atlanta revise the next draft to address points including making the document more user-friendly. One example is to make sure page numbers provided in the Table of Contents match the document. Others include:

Note to readers: A virtual public hearing on the proposed Comprehensive Development Plan is scheduled for Sept. 27, starting at 6 p.m. Public comments may not exceed 3 minutes and are to be submitted by phone on Sept. 26 between 4 p.m. and 7 p.m. by calling (404) 330-6021. For materials and dial-in information, click here.