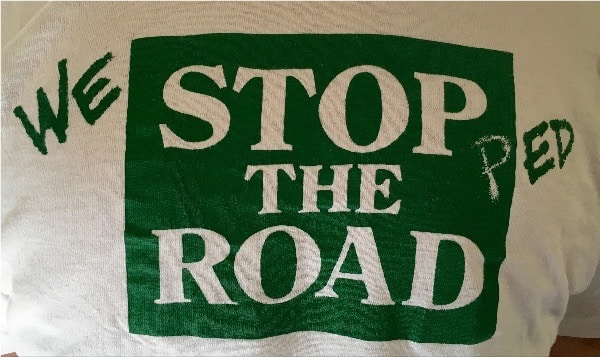 It’s been 25 years since the “compromise” that created Atlanta’s Freedom Parkway.

To mark the moment, dozens of Atlanta’s veteran protesters and citizen activists attended a 25th anniversary reunion on Sunday afternoon at Dellwood Park – part of the Olmsted Linear Park. 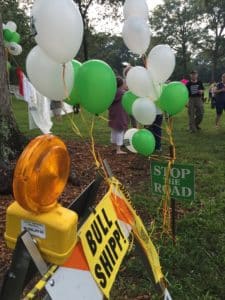 The fight between road builders and road busters actually began in the early 1970s when I-485 and the Stone Mountain Tollway was underway. The Georgia Department of Transportation had been buying houses and tearing them down in the heart of Virginia-Highland showing the route of a highway that people intown knew would destroy their neighborhoods.

After all, it had happened before. The Downtown Connector destroyed several poor black neighborhoods. Atlanta’s solution to poverty in the 1960s? Pave it over.

But a Back-to-the-City movement with growing community-based political influence gave the anti-highway folks new strength. In 1972, then Gov. Jimmy Carter helped kill the Stone Mountain Tollway – following a judge’s ruling that halted I-485. Neighborhood activists then helped elect Mayor Maynard Jackson in 1973, so it seemed as though the anti-road folks had won. 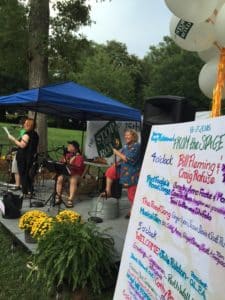 When Andrew Young, who had been the U.S. ambassador to the United Nations in President Carter’s administration, decided to run for mayor, he ran against the roadways.

But just after he got elected in 1981, word got out that Carter wanted to build his library on the land that had been acquired by GDOT, and that he favored highway access to his future library. Young quickly became one of the advocates of the proposed highway.

So another fight between the road builders and the road busters began – leading to years and years of protests, lawsuits, arrests, negotiations and just about everything else.

Finally a compromise was reached to build Freedom Parkway and a Great Park on land that once would have been a highway. 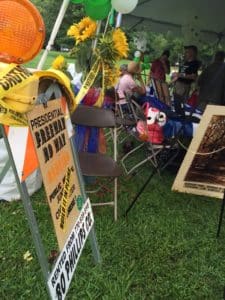 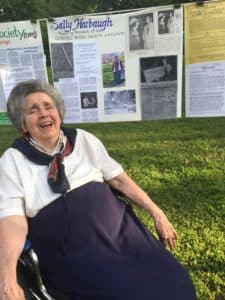 Sally Harbaugh, founding president of the Olmsted Parks Society of Atlanta, was one of the special guests at the reunion (Photo by Kelly Jordan) 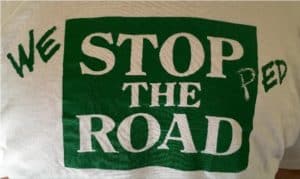 Previous Article
Circling the Dome by Kelly Jordan #7
Next Article
South Sudan: We won’t give up on you