The Grady Health Foundation has named Renay Blumenthal, senior vice president of public policy for the Metro Atlanta Chamber, as its new president.

“Over a 25-year career, Renay has built strong relationships in this community — with governors, legislators, mayors and county commissioners, and executives of corporations, foundations and civic groups,” Haupert said. “We are thrilled that she will take the foundation’s helm as it marks two decades of service to the community and maps out its next 20 years.”

“This is a once-in-a-lifetime opportunity to serve Grady and play a central role in its future,” Blumenthal said in a phone interview Wednesday morning. “At the end of the day, what I see for the foundation is that we need to constantly remind the commuity what an incredible asset Grady is to the city and the state.” 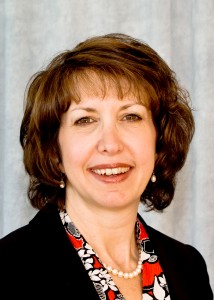 Blumenthal said her last day at the Metro Atlanta Chamber will be July 31 and her new job at the Grady Foundation will begin on Sept. 3. The focus of her new position will be primarily on fundraising. The foundation brings together philanthropists, corporate leaders and civic activists to increase public awareness, raise critical dollars and improve the quality of healthcare services for metro Atlanta and the state.

Throughout her career, Blumenthal said she has been involved with healthcare issues or with Grady or both. She helped lead the business community’s efforts to put the public hospital on a sound financial footing during her tenure of nearly 10 years at the Metro Atlanta Chamber.

“People respect Renay because they’ve worked in the trenches with her on important issues,” said A.D. “Pete” Correll, chairman of the Grady Memorial Hospital Corporation’s board. “She helped run budgets for both the city and the state.  And her work on the Greater Grady Task Force is one reason why Grady is so healthy today.”

The Task Force, convened by the Chamber under Blumenthal’s guidance, helped galvanize support for Grady Hospital that led to a $325 million infusion in philanthropic and private donations.

“Renay is a coalition builder, a skilled diplomat and an expert fundraiser with a stellar track record for getting things done – especially for Grady,” said Drew Evans, chairman of the Grady Health Foundation’s board. “Her leadership is critical as we tell Grady’s story in a way that continues to motivate the community to be part of its success.”

Robert L. Brown, president and CEO of R. L. Brown & Associates and past Grady Health Foundation board chairman, who helped create the foundation in 1993, agreed that Blumenthal has always been a champion for Grady.

“Throughout her career, Renay has used her positions of authority to strengthen Grady, from being a friend to Grady when she worked in the governor’s office, to building support from the business and philanthropic communities through the Greater Grady Task Force,” said Brown. “Grady couldn’t ask for a more committed leader to take the reins at this important moment in the foundation’s history.”

As president, Blumenthal will lead and manage all aspects of the Grady Health Foundation, including setting the foundation’s strategic direction, coordinating all fundraising activities, and providing community outreach to increase support for Grady.

“Renay knows how to bring people together,” said Rep. Stacey Abrams, House Minority Leader for the Georgia General Assembly. “She is highly respected for her ability to help people with different concerns and different interests find common ground on the things that matter most to all of us.”

Blumenthal said she welcomed the opportunity to build on the foundation’s position of strength.

.“I’m eager to build on the incredible accomplishments of my predecessor and friend Lisa Borders, who has raised the foundation’s profile and built support for Grady across the region,” Blumenthal said.

The foundation is in its 20th year, whcih is a good time to assess its impact and its next steps, Blumenthal added.

“We are going to be looking at how we create a sustainable fundraising model going forward in a highly changing and volatile helathcare environment,” she said. “That makes it very exciting to me.”

A native Atlantan, Blumenthal is a graduate of Georgia Tech and holds a Master of Business Administration from Georgia State University.  She was a Georgia Trend “40 under 40” honoree in 2001 and a member of the Leadership Georgia class in 2000 and Leadership Atlanta class in 2006.  As one of Georgia’s top female lobbyists, she has been named a “Power Chick” for four years in a row by James Magazine.  She was also recognized as a Woman of Achievement by the YWCA in 2009 and received an Impact Leader award from Business to Business magazine in 2010.

Blumenthal serves on several community boards. She is chair of Leadership Atlanta, immediate past chair of the Clean Air Campaign, and a member of the Grady Hospital Board of Visitors, Georgia Forward and the Women’s Forum of Georgia.  She and her husband, Ned, live in Atlanta and have two young children, Michael and Rachel.

Grady Health System is one of the largest public health systems in the United States. Grady consists of the 953-bed Grady Memorial Hospital, six neighborhood health centers, Crestview Health & Rehabilitation Center, and Children’s Healthcare of Atlanta at Hughes Spalding, which is operated as a Children’s affiliate.

With its nationally acclaimed Emergency Department and Burn Center, Grady has the premier level I trauma center in the region and serves as the 911 ambulance provider for the city of Atlanta. The state’s only Poison Center is housed at Grady as well.

Nationally ranked in one specialty, in 2011 Grady was named one of Atlanta’s Best Hospitals by U.S. News & World Report. In 2012, Hospitals & Health Networks Magazine named Grady one of the country’s Most Wired health systems.