Is offshoring inherently bad? Do manufacturing jobs “belong” onshore? Both questions are based on an erroneous assumption that trade creates winners and losers.

A job producing something in China does not mean one fewer job here in the United States. It is not a zero sum game. My experience has shown that a properly executed strategy can and should create winners on both sides.

It’s long past the time to instead ask “where is the best place to manufacture?” I have been working in international trade for two decades and help American and Georgia-based companies source components and products from a variety of nations all over the world, including China, Vietnam and India.

The nearly universal result is that the U.S. company strategically sourcing or manufacturing offshore to complement its domestic operations has become more competitive, and it has used that posture to grow. This in turn has fueled growth in research and development, sales and even domestic manufacturing. At the end of the day, that means more U.S. jobs, not less.

So I propose we replace the notion of offshoring versus onshoring with the idea of “right-shoring,” asking the question: “Where is the best location to make something?” My business answers this question for our customers every day. To do so, criteria beyond simply cost must be considered. 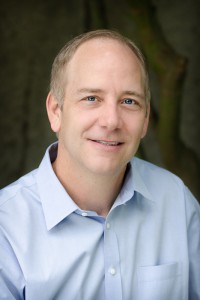 For years, we heard the drumbeat in the media that low labor costs and an artificially devalued Chinese Yuan was the main driver for a move toward China for sourcing.

However, even with a labor cost that has doubled in the past three years, and Chinese currency which has appreciated 30 percent in a half-dozen years, the U.S. trade deficit with China has continued to grow by more than 20 percent over that same period.  There is obviously far more going on in China than low labor costs and currency exchange rates.

Consequently, China has climbed several links up the value chain, using its ever-improving manufacturing capabilities and quality to insulate itself at least partially from rising costs. No longer is it the place to make low-value goods at the lowest possible cost.

Instead, it is now the manufacturing home of precision-machined components for industrial robots, complex electronics used in advanced surge protectors and engineered actuators used in high-end snow-throwers (all real-world examples of our Georgia-based and other U.S. customers).

Following Japan’s trajectory of 30 years ago (at least from a quality and cost perspective –remember that Japan was once synonymous with “cheap” and now Japanese car brands routinely take home world-class quality awards), China now competes and loses to countries like Vietnam or India when it comes purely to price.

Vietnam, eager to follow the Chinese economic growth model, has jumped on the lower links of the value chain and is steadily inching its way upward. Again pulling from the pool of our own customers as examples, products and components for markets like HVAC pumps, material handling/conveyor systems used in warehousing and distribution, and even medical devices are all successfully produced in Vietnam.

Yet another factor is the availability of raw materials.  Excellent stainless steel comes from India because India has the ores and minerals necessary to make it.  While China has no bauxite and is therefore not necessarily competitive to produce aluminum stock, Vietnam has become a major supplier of aluminum and rubber because it has those needed natural resources.

In today’s flattened-world economy, the concept of made “here” or “there” has little meaning. Few end products are completely made in any one country. American cars contain wire harnesses put together in Mexico from wire made in Georgia, engine components machined in Eastern Europe assembled into finished engines in Michigan, sheet metal produced in Pennsylvania and fasteners cold-headed in Taiwan.  Even closer to home, Korean cars are assembled in Georgia from components and support coming from hundreds of local businesses.

It’s not just the automotive industry which can benefit from the inherent efficiencies derived from a global approach. In a world of lean, automated manufacturing where global business is the norm and not the exception, the need to source and make things in the right place has never been more important.

Rather than quibble over “Made in the USA” vs. “Made in China,” the real opportunity has become “Developed, Designed and Assembled in America” competitively from components sourced from that optimal place that makes the most sense — and then marketed and shipped all over the world.