The City of Atlanta has adopted an updated COVID response plan, the COVID-19 Resilience Plan. The report tracks the pandemic status through seven-day averages for new cases and the rate of positive COVID tests and COVID-related hospitalizations. Community vaccination rates are another main focus of the report. The city’s status is represented through a color-coordinated system, with the red zone signifying the highest number of cases and hospitalizations, while blue has the least. Atlanta is currently in the yellow zone.

Not enough mayoral choices for you? Never fear. Three more candidates have joined the race in the past couple of weeks, pushing the field to 19.

New to the race as of Aug. 11 were Raina Bell-Saunders, Mark Hammad and Roosevelt Searles III.

Bell-Saunders is a minister and a daughter of Dr. Roy Charles Bell, a Civil Rights activist who successfully sued for Grady Hospital to desegregate. Hammad is a Buckhead resident with an anti-crime platform. Searles is a Northwest Atlanta resident running as “the people’s mayor” and proposing paid positions on a “Make Atlanta Safe Again City Council.”

They are vying to replace incumbent Keisha Lance Bottoms, who has said she will not run again in the Nov. 2 election.

The period for candidates to become official by filing qualifying paperwork runs Aug. 17-20. So more candidates may yet emerge and some of those announced may drop out.

It’s no secret that some Buckhead folks want to become an independent city, separate from Atlanta.

“The police are saying we can’t arrest ourselves out of this problem, and I have to say, on behalf of Buckhead City, we have not arrested enough in Buckhead,” he added. “That statement needs to stop coming from the mouths of police leadership because it’s telegraphing to the criminals that it’s okay to come to Buckhead … ”

White believes that Buckhead is close to attaining cityhood and will have a spot on the 2022 ballot.

However, White has also claimed he’s had trouble getting state universities to do a required Buckhead feasibility study — and he’s claimed to have gotten a state House committee “waiver” to bend the rules for his effort.  The chair of that committee disputed White’s tale and said there’s no “waiver.”

But White, a strong Democrat-turned-Republican fundraiser recently from New York City, is at least successful at getting money, according to the Atlanta Journal-Constitution: White reported more than $550,000 for the Buckhead effort as of June. 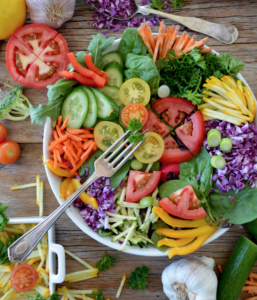 Free meal kits with fresh ingredients can be collected every Wednesday at varying locations around the city. (Credit: Nadine Primeau, Unsplash)

Twenty-five percent of Atlanta residents live further than a half-mile from access to fresh food, according to Atlanta’s 2020 Fresh Food Access Report.

Second Helpings Atlanta, a nonprofit fighting food insecurity, and Pratt Industries, a sustainable packaging company, have teamed up with HelloFresh to pack the meal kits and get them in the hands of Atlantans.

The meal kits will include protein and produce, along with recipe cards you can use to help guide your cooking.

The kits will be available for pick-up every Wednesday, starting Aug. 11, at varying locations. Anyone is welcome to collect the meal kits, and information where to pick them up can be found on Councilman Michael Julian Bond’s Facebook page.

“We are thrilled to be a part of this public/private partnership to drive out hunger in Atlanta,” Second Helpings Atlanta Executive Director Andrea Jaron said in a press release. “We want to do our part to make sure Atlanta families don’t have to choose between a nutritious meal and paying bills.” 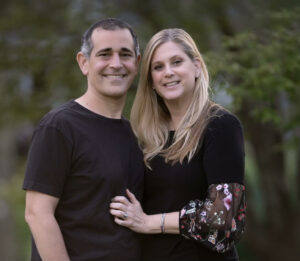 The Crohn’s & Colitis Foundation will host its 31st Annual Torch Gala at the InterContinental Buckhead Atlanta on Oct. 15 – with a goal of raising $520,000 to go towards research funding.

The Foundation will recognize Dr. Philip Spandorfer (Dr. Pip) and his wife, Dr. Ellen Spandorfer, for their years of work with the organizations.

Neal Maziar, chief advisory officer of BE A SPORT, LLC, is serving as the chair of the 2021 Torch Gala. He was diagnosed with colitis in 1996, and he has been working with the Foundation for years in several capacities.

The Crohn’s & Colitis Foundation is the largest non-profit voluntary health agency dedicated to finding cures for Crohn’s disease and ulcerative colitis. It is also dedicated to improving the quality of life of those affected.

The Spandorfers’ two young adult children were diagnosed with Crohn’s disease 10 years ago.

“I’m a pediatrician and my wife is a psychologist, and as parents we were also hurting when our child was in pain,” Dr. Pip said. “This was something that we couldn’t fix; we felt so alone.

In 2013, the Spandorfers reached out to the Foundation to start a pediatric support group, to help other families going through the same emotions they were going through. Since then, they have helped hundreds of families who were experiencing the same pain they felt as a family. To this day, they still assist with the support group.

Two more candidates have made it a five-way race for the Atlanta City Council Post 3 At-Large seat.

Joining the race for the citywide seat are Keisha Waites and Sherry Williams.

Waites is a former state representative also known for runs for Fulton County Commission chair and U.S. congressional seats. Williams is known for community activism in Southwest Atlanta and is a former chair of the Atlanta Citizens Review Board.

The seat is up for grabs on the Nov. 2 ballot as incumbent Andre Dickens runs for mayor. 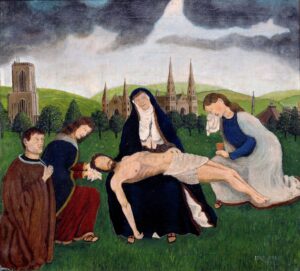 Pursuing a vision: Self-taught artist to be exhibited at High Museum of Art

An upcoming exhibit at the High Museum of Art will provide insights into self-taught artists who pursued their vision despite extreme obstacles during the World War I era, according to a statement from the High.

“Gatecrashers: The Rise of the Self-Taught Artist in America“ is to open Aug, 20 through Dec. 11. The exhibit features more than 60 works by artists who had no formal training and still burst into the mainstream art world as World War I reshaped the world’s social orders.

“With this exhibition, our audience can see how they broke barriers of access to take their rightful place among the 20th century’s most celebrated contemporary artists,” Rand Suffolk, the High’s Nancy and Holcombe T. Green, Jr. director, said in the statement.

Katherine Jentleson curated the exhibit, named after her book of the same name published in 2020 by the University of California Press. Jentleson serves as the High’s Merrie and Dan Boone curator of folk and self-taught art and the list of artists includes: 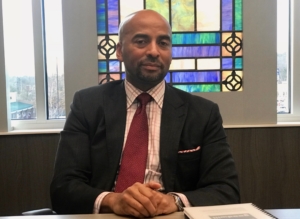 Keith Parker, president and CEO of Goodwill of North Georgia

Goodwill of North Georgia has added five new high-profile people to its board.

Erica Qualls-Battey, Atlanta area general manager of Marriott International, who has been a hospitality leader in Georgia for decades;

Andre Dickens, chief development officer of TechBridge and a member of the Atlanta City Council who currently is running to be Atlanta’s mayor;

Natosha Reid Rice, global diversity, equity and inclusion officer at Habitat for Humanity International, who also is an ordained minister.

In addition, Keith Parker, president and CEO of Goodwill of North Georgia, announced the 2022 board officers.

Kirk Halpern, founder and CEO of Farmers & Fishermen Purveyors, as board chair;

Janine Anthony Bowen, partner at BakerHostetler, as immediate past chair. 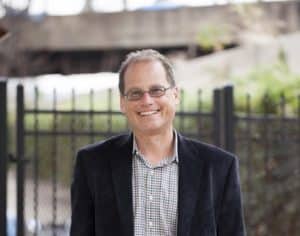 Eric Robbins, president and CEO of the Jewish Federation of Greater Atlanta

With a desire to “Move Jewish Atlanta Forward,” the Jewish Federation of Greater Atlanta will invest more than  $21.4 million in programs and services for the Jewish community over the coming year.

“We were humbled by the community’s generosity this past year in the face of such trying times,” said Eric M. Robbins, president and CEO of the Federation. “When the pandemic struck, we were ready. Federation was built to help sustain essential services for Jewish Atlanta during the ordinary times and to fortify our Jewish communities in the extraordinary times, just as we witnessed last year.”

Underground Roots Pop-Up Program: Underground Atlanta is offering four months of rent-free space to vendors, according to Atlanta Intown. Four to six vendors will be offered a spot along Lower Alabama Street from Sept. 1 to Jan. 5. Those interested must apply by Aug. 15. Applicants must submit their social media handles, a description of their plans and a few image examples to [email protected].