Early voting is underway! Just about anywhere you live, you probably have a primary runoff for at least one office.  Google your county’s election board for the most up-to-date info on early voting locations and hours. Check your sample ballot at the Secretary of State’s website.

Fulton County will pick its district attorney in the Democratic primary runoff between incumbent Paul Howard and his deputy-turned-challenger challenger, Fani Willis.

Wear a mask, wash your hands, keep at least six feet apart from everybody. If you need a free COVID-19 test, Fulton County lists locations.

Environmentalists across the county acclaimed Wednesday’s U.S. Senate passage of the federal Great American Outdoors Act, and asked President Donald Trump to sign the bipartisan bill that would lock in billions in funding for public land conservation.

The Act would channel royalties from offshore drilling in federal waters into the federal Land and Water Conservation Fund — to the tune of $900 million annually.

But in practice, Congress often spends royalty money elsewhere, not on conservation. In the fiscal year that ended in September, the LWCF only got $495 million.

“We’re one step away from putting a lock and key on funding that has always been intended for conservation projects — yet consistently diverted to other purposes,” said Environment Georgia’s executive director, Jennette Gayer, in a press release after the U.S. House vote.

Trump’s signature seems assured. He tweeted his support for the legislation.

Eric Robbins to stay at Atlanta’s Jewish Federation through 2026

The Jewish Federation of Greater Atlanta has extended the contract of its CEO Eric Robbins for at least five more years. 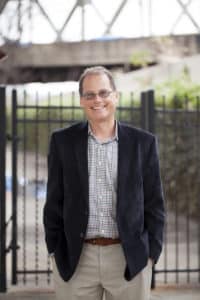 Robbins joined the Federation in August 2016, and his contract extension now will keep him in place through June 2025.

“At this moment of so much uncertainty, strong leadership is paramount, and we are heartened and energized that we will continue to have Eric’s experience, commitment and passion at the helm, guiding the Federation and a vision for our entire community,” said Mark Silberman, the Federation’s board chair. “Eric’s commitment to the betterment of the Atlanta Jewish community has invigorated our professionals, donors, volunteers and beneficiaries.”

Under Robbins’ leadership, Jewish community organizations are working closely together; philanthropy has steadily increased year over year; the Atlanta Jewish Foundation has continued to grow, and it is now poised for significant growth.

Robbins also has increased the engagement of Jews in the Atlanta community – focusing strategic investments in programs and innovations needed to fill community gaps.

Atlanta is now recognized nationally and in Israel as a city leading the way in adapting to the needs of the modern Jewish community. In the coming years, Robbins will continue to lead the organization through the implementation of a five-year strategic plan.

If forestry is at the top of Georgia’s biggest-industry list, an upcoming virtual conference organized by the Georgia Forestry Association has got to be at the top of forest industry events.

Speakers at the July 27-30 American Forestry Conference include the CEOs of Georgia-Pacific, WestRock, and DS Smith, which you might expect, as those are headquartered in Georgia. But the conference also includes Walmart CEO Doug McMillon for the keynote address and speakers including presidential daughter and advisor Ivanka Trump; U.S. House Minority Leader Kevin McCarthy of California; U.S. Reps. Sanford Bishop of Georgia and Bruce Westerman of Arkansas; USDA Secretary Sonny Perdue of Houston County, Georgia and Georgia Governor Brian Kemp.

Atlanta-based nonprofit Purpose Built Communities is receiving $2 million from the Harlem Children’s Zone for COVID-19 relief efforts. The funds will be used to offset the pandemic’s impact and meet the short-term and long-term needs of people and nonprofit partners in East Lake, Grove Park and South Atlanta.

The money will be used to support the work of the East Lake Foundation, the Grove Park Foundation and Focused Community Strategies. (There’s also a campaign for matching local dollars. Visit any of the sites above to learn more.)

COVID-19 relief funds established in each community are primarily providing rent, mortgage and utility assistance, as well as groceries and other supplies.  Additionally, the funds will ensure families can access critical fee-based education and wellness programs when partner organizations resume services and so that children can access the technology they need for online learning.

It’s featuring in a new campaign by bank Truist and the United Way, the nonprofit that inspired the poem.

July 26, 2:00 p.m. to 6:00 p.m.: Ben Hill United Methodist Church hosts Stay Woke, Be Vocal, Go Vote: A streaming summit on voter registration, African-American leadership after the deaths of C.T. Vivian and John Lewis, COVID-19, police brutality, how to protest peacefully and more. Free and open to the public; register ahead of time for the Zoom youth rally. Full summit streaming on Ben Hill UMC’s Facebook, on YouTube and on the web.

July 29, 12:00 p.m.: Georgia’s top voting official, Secretary of State Brad Raffensperger, speaks to the World Affairs Council of Atlanta. Free and open to the public, but you need to register here.

This article has been corrected to reflect Rep. Austin Scott’s vote in favor of the Great American Outdoors Act.