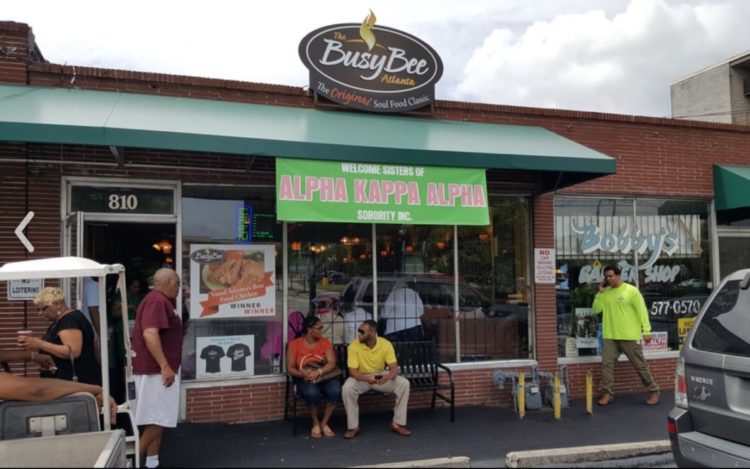 The Busy Bee Cafe has thrived since 1947 under black management in a location at the heart of Atlanta's civil rights movement. Credit: yelp.com

By Guest Columnist JOSEPH R. HUDSON, chair of the Economic Development Committee of the Atlanta branch of the NAACP

We pride ourselves on being “a city too busy to hate” and boast about the leadership class of black individuals who pepper the Atlanta backdrop. However, we refuse to use that same spirit of fact and community to promote the entire city and to utilize more than a few personalities. Should we not recognize a historic black community, its people, businesses, culture, history, and future as important reasons for Atlanta’s overall success as a city? 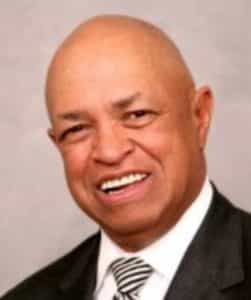 We have used socioeconomic facts to influence others that Atlanta is a different kind of city. The Olympics are an example. The relationship between blacks and whites and the outstanding success history of Black Atlanta were a part of the toolset exploited to help us obtain the Olympics.

Given what the Maynard Jackson legacy has produced, and other black mayors have built upon, we have a black middle-class second to none. It is a legacy built on strong roots of unique cultural history. We Atlantans pride ourselves in claiming eight Fortune 500 companies. But we do not acknowledge we have more than 18 Black Enterprise 100 companies. These 18 businesses have combined revenues in excess of $2 billion, employ more than 10,000 people and pay payroll taxes, in excess, of $660,000 annually. Not many cities can say that for their town! Why aren’t we using all our assets?

The questions is: Why can’t we rebuild inner city communities and promote our city using all its history and culture as a base, rather than try to dissolve, unravel the fabric, or eradicate parts of our past and potential that history should note? No other socially disadvantaged group can duplicate such historical fact. These facts are an asset!

What if we strategically, with intent, used these memorialized events and promoted our black business and economic communities, rather than try to either destroy or condemn them as societal cadavers. What if we acknowledged black business as major employers within the black community and relevant to all Atlanta communities?   Why not use this to our advantage? Why not use these companies to stimulate new and different forms of community revitalization?

It is not racist. It is smart economics and addresses three problems: 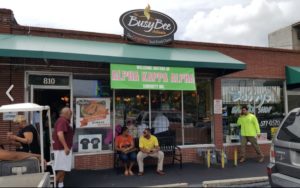 The Busy Bee Cafe has thrived since 1947 under black management in a location at the heart of Atlanta’s civil rights movement. Credit: yelp.com

If we are intentional:

People want to see this history at work, and the fact of its economic potential is real. But it is currently undergoing a removal of its ethnic and racial characteristics and any influences from the past as we attempt to re-write history. This history must be saved, protected and grown!

Here are a few ideas: 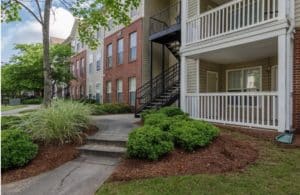 Ashley West End is a mixed income apartment complex that provides 112 units within walking distance of MARTA’s West End Station. The apartments were developed, built and are owned and managed by a firm headed by Egbert Perry, a black businessman. Credit: integral-online.com

Let’s get the Atlanta Convention and Visitors Bureau, the Atlanta Business League, and Metropolitan Atlanta Chamber of Commerce behind this idea. They should see the wisdom of its implementation

City Hall must express its intention and willingness to support the development as a productive economic implementation strategy.

Support initiatives expected by an Independent Business Alliance which cause:

The opportunity is the demonstration, through economic forces, that there is more to Atlanta’s black community than its importance to civil rights and personal liberty. This community has a commercial past, presence, and future worthy of acknowledgment. It has a role in the economic well-being of the city when the city recognizes, promotes, and includes of all segments of the community, especially the black community, a role that would not only be unique but rewarding. Using different instruments for change will bring about different outcomes.

My article may appear like a “race” discussion, but it is not. It is an economic one. We should not continue to be penny wise and pound foolish. Let’s make Atlanta the standard for economic and community development.

Note to readers: Since the late 1960s, Joseph R. Hudson has promoted inner-city commerce. He chairs the Hudson Strategic Group, a business design and strategy group.