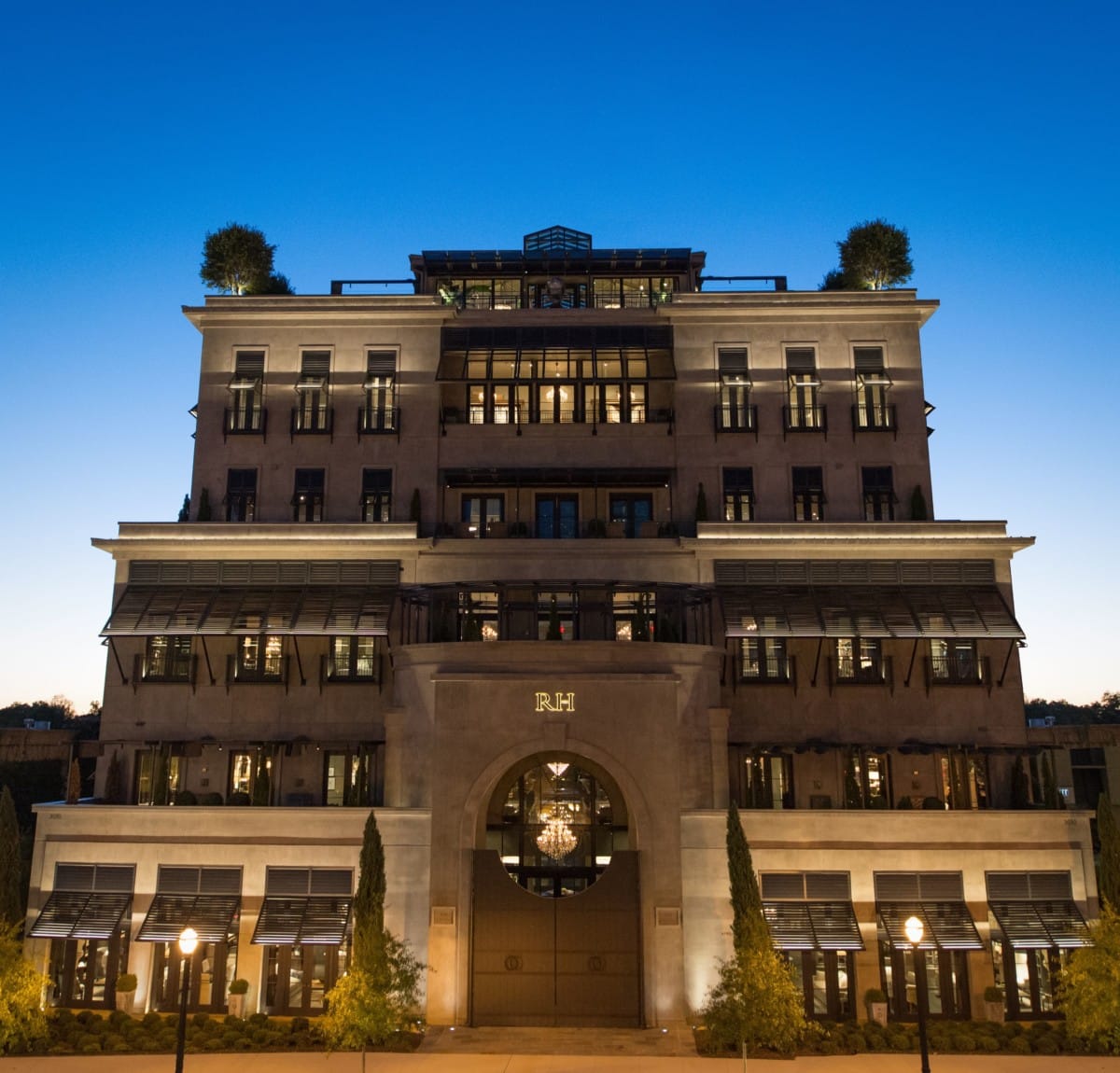 The property that houses the flagship Atlanta showroom of Restoration Hardware at 3030 Peachtree Road has been sold to 3030 Grey Partners LLC.

The former owners were real estate investor Peter Blum and the late Atlanta business icon J. Mack Robinson, who had jointly owned the property since 1995. (Blum and another partner actually bought the property in 1990 for less than $3 million).

The property sold for more than $33 million, according to people familiar with the transaction. Jamie Hargather and Joseph W. Rogers of Wilson, Hull & Neal brokered the deal on behalf of the 3030 LLC. 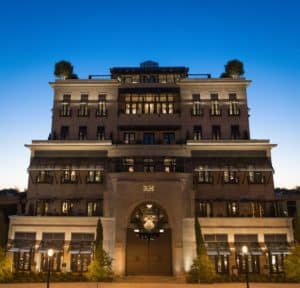 After a couple of different uses, ESPN Zone opened its Atlanta location in January 2000 – just in time for Atlanta’s hosting of Super Bowl XXXIV.

ESPN closed its doors in October 2009. The property was mostly vacant until Blum was able to lure Corte Madera, California-based Restoration Hardware to the location where it built the high-end six-story RH building with a 63,000 square-foot showroom.

The Buckhead building, located on 1.57 acres, was designed by architect James Gillam of Backen, Gillam & Kroeger. It is conceptualized as a contemporary version of a Southern estate and features a 36-foot tall entry oculus, 17-foot gates set against a backdrop of charcoal grey Venetian plaster, and outdoor estate gardens and reflecting pool as well as a conservatory and rooftop park.

“I knew Restoration Hardware wanted to be in a site in Atlanta,” Blum said in an interview Tuesday afternoon – within a day after the property had been sold. Blum described the different evolutions of the site as going “from average – to good – to great.”

The RH Atlanta Showroom opened an elegant six-story building in 2014, and the company signed a long-term lease for the property.

“I expect Restoration Hardware to be profitable for a long time at this location,” said Blum, who said the significant investment made in the RH building would make the property unlikely to be redeveloped any time in the near future.

For Blum, the property holds a great deal of personal value because of the 50/50 ownership arrangement he had with the late J. Mack Robinson. Robinson passed away in February of 2014. His company, Gulf Capital, continued to own 50 percent of 3030 Peachtree LLC, and Blum served as the managing partner of the partnership.

“Mack and I had an extremely close and successful friendship that went back more than 30 years,” Blum said. “Mack’s trust in my judgment and the latitude he gave me led to my being able to make key decisions inuring to the benefit of 3030 Peachtree LLC. The sale of such a significant Buckhead property brings this chapter of the partnership full circle after more than two decades.”

Gulf Capital now is owned by the Robinson family – his widow Nita Robinson and their two daughters – Robin Howell and Jill Forsey.

RH is thought to be exploring the possibility of expanding on its site with an signature restaurant.

“I would not be surprised if Restoration Hardware were to add a restaurant at 3030 (Peachtree Road) like the one they have at their Chicago location,” Blum said. “It would be fantastic for Atlanta.”

Blum and Robinson were especially close – sharing a love for race horses and real estate. 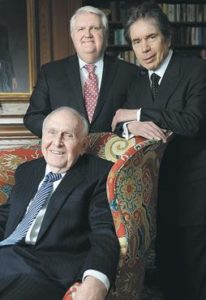 In this photo that dates back to February 2011 shows J. Mack Robinson seated with Fenwick Huss, then GSU business dean and Peter Blum (Photo: the Atlanta Business Chronicle)

Robinson was an insurance magnate, serving as the CEO of Atlantic American Corp.. He also acquired several small banks, which he eventually sold to First National Bank of Atlanta — later Wachovia — where he served as a director and was the largest individual shareholder. Robinson also invested in well-known designer Yves Saint Laurent, helping him to establish his successful fashion house. GSU’s business school is named in his honor.

Robinson and Blum became friends through a love of breeding and racing thoroughbreds.

“One of us would call the other practically every night,” Blum said. “I will always remember Mack’s kindness to everyone, especially to my son Josh who worked for him over two summers.”

In his five decades working in Atlanta as a broker and land owner, investor Blum has been involved in several key real estate deals.

Blum assembled a block for Greyhound, as well as other blocks downtown, including several in which he was a partner with noted Atlanta businessman J.B. Fuqua.

In the late 1960s and early 1970s, Blum assembled the block across the street from Woodruff Park and the Georgia-Pacific Building, which he sold to Georgia State University in 2011 at a below-market price – gifting the difference to GSU.

The 3030 Peachtree Road is located in the core of Buckhead’s entertainment and shopping district directly across the street from Oliver McMillan’s mixed-use project Buckhead Atlanta.