A recent report on Georgia’s economy fits right into a debate raging in real time between the urban theorists Richard Florida and Joel Kotkin. 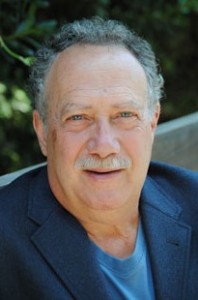 Last week, the battle of titans spilled out in the “Daily Beast.” Kotkin started it with a piece headlined:  “Florida Concedes Limits of Creative Class.” Florida fired back the next day under a headline that concluded: “Not So Fast, Joel Kotkin.”

Somewhere in the middle is an economic report on Georgia, which Tom Baxter brought to attention in saportareport.com. The report whispers (in comparison to the theorists) that the workers who farm and build, cook and clean – and perform other such “non-skilled” jobs – are essential to the keeping the state’s economy afloat.

The duel between Florida and Kotkin is of note partly because their ideas about development have swayed development trends and investors.

Florida, in particular, was of great influence during metro Atlanta’s most recent development boom. Florida coined the name “creative class” to describe the sorts of young knowledge workers who were mentioned every time a new building opened somewhere in metro Atlanta with apartments above ground-level retail shops.

Kotkin has written recently of Atlanta and other Sunbelt cities. The Blank Foundation chose Kotkin in 2007 to serve as the inaugural speaker of its speaker series and makes a podcast of Kotkin’s remarks available. The foundation issued a press released that described Kotkin’s remarks as “riveting.”

Politically, the Georgia report may have more in common with Kotkin than Florida. The Georgia report was compiled by the Essential Economy Council, which Baxter writes was formed in response to the state’s 2011 immigration law. One of the group’s goals is to explore the nature of immigration and the workforce, according to a co-founder quoted in the story.

The report offers a sober look at jobs that underpin all the knowledge workers and high-tech manufacturing workers. 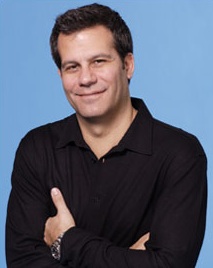 For a different sort of romp, turn quickly to the scuffle between Florida and Kotkin. Consider these excepts from last week’s pages of Daily Beast.

“Among the most pervasive, and arguably pernicious, notions of the past decade has been that the ‘creative class’ of the skilled, educated and hip would remake and revive American cities. The idea, packaged and peddled by consultant Richard Florida, had been that unlike spending public money to court Wall Street fat cats, corporate executives or other traditional elites, paying to appeal to the creative would truly trickle down, generating a widespread urban revival.

“Urbanists, journalists, and academics—not to mention big-city developers— were easily persuaded that shelling out to court ‘the hip and cool’ would benefit everyone else, too. And Florida himself has prospered through books, articles, lectures, and university positions that have helped promote his ideas and brand and grow his Creative Class Group’s impressive client list, which in addition to big corporations and developers has included cities as diverse as Detroit and El Paso, Cleveland and Seattle.

That was March 20, in a story that posted at 4:45 a.m. The next day, at the same time, Florida’s rebuttal appeared.

“Joel Kotkin is at it again.

“America’s leading cheerleader for suburban sprawl likes to tell a story about how cities are dying and the suburbs are our future; about how ideas and knowledge don’t matter because America’s economic future revolves around “the Material Boys” (a telling phrase) of extraction, energy, and manufacturing; and how the sprawling cities and suburbs of the Sunbelt and the mountain states—not “hip” cities like New York and San Francisco—are the nation’s present and future economic centers. It’s just the story that his readers at Forbes and his consulting clients like the US Chamber of Commerce want to hear.

“Kotkin needs a foil for his vitriol and his backward-looking sensibilities, so once again, on Wednesday on The Daily Beast, he’s enlisted me, arguing that I’ve “conceded” that the urban creative classes have only a limited ability to spur growth. There’s nothing new here: he’s been doing this for a long time—ever since I first published The Rise of the Creative Class way back in 2002.”

The feud isn’t likely to end there. Both academicians have megaphones at their disposal.

Kotkin writes regularly for forbes.com. Florida is a senior editor at The Atlantic, where he co-founded and serves as editor-at-large of “The Atlantic Cities.”