Christopher Plummer in "The Sound of Music" in 1965 (Special:.20th Century Fox / Everett Collection)

“It’s been a bad couple of weeks for great 90-somethings.”

Cloris Leachman (age 94), known for everything from her Oscar-winning turn in ‘The Last Picture Show” to Mary Tyler Moore’s ditzy neighbor Phyllis (her performance earned her own series and a bunch of Emmys). 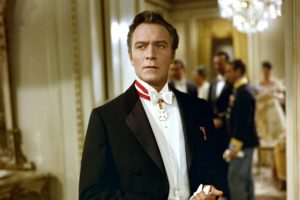 Christopher Plummer in “The Sound of Music” in 1965 (Special:.20th Century Fox / Everett Collection)

Hal Holbrook (95) who incarnated the shadowy heroism of a then-anonymous Deep Throat in “All the President’s Men” and whose one-man stage show defined Mark Twain for several generations.

Now Christopher Plummer has left us at age 91. A remarkable actor, he could play everything from Shakespearean kings and Incan royalty to an addled Holocaust survivor and an anti-Nazi Edelweiss-loving Austrian.

It was the last-named, i.e., Captain Von Trapp, the role he played opposite Julie Andrews in “The Sound of Music,” that made him a household name. He was already a star – at least, in theatrical circles, having honed his considerable skills for years on Shakespeare and the classics. However, he was initially dismissive of Von Trapp, calling the movie “The Sound of Mucus”. He later apologized, gracefully and frequently, for being an ingrate. After all, the picture ultimately did a lot more for him than just get him a good table at a restaurant (as he would sometime joke).

Plummer did extraordinary work for an extraordinarily long time (“The Sound of Music” came out over a half century ago). Yet he seemed to hit his cinematic stride as he got older. He won a Best Supporting Actor Oscar in 2011 for “Beginners,” in which he played a man who, after his wife’s death, comes out at age 75. In 2009, he was Oscar-nominated for his role as Leo Tolstoy in “The Last Station.”

He seemingly worked with everyone, from Daniel Craig (“Knives Out”) to fellow Canadian William Shatner (“Star Trek VI: The Undiscovered Country”). He was directed by everyone, too – Spike Lee (“Malcolm X”), Terry Gilliam (“12 Monkeys”), Ron Howard (“A Beautiful Mind”), Mike Nichols (“Wolf”), David Fincher (“The Girl With the Dragon Tattoo”) and more than a dozen other top names.

Here are a few Plummer movies that are must-sees: 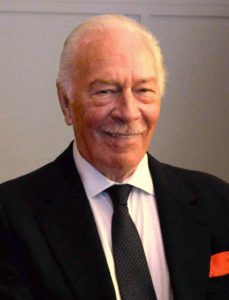 “The Man Who Would Be King” – Quite simply, one of the best adventure movies ever made. John Huston’s adaptation of a Rudyard Kipling story stars Sean Connery and Michael Caine as swaggering soldiers-of-fortune in 19th–century India. Plummer plays Kipling, the reluctant witness to their fate.

“All the Money in the World” – All the more remarkable because Plummer crafted his incredible performance in a mere nine days after director Ridley Scott decided to replace the sex-scandal-riddled Kevin Spacey in the role of zillionaire J. Paul Getty. At age 88, he nabbed another much-deserved Oscar nomination (he was a spring chicken when he became the oldest performer ever to win the Oscar at age 82)

“The Silent Partner” – This entertaining comedy-thriller with Hitchcockian overtones will make you the insider in any discussion of Plummer’s film career. He positively shines in this little-known Canadian picture from 1979 about a timid bank clerk and tropical fish lover (Elliott Gould) who runs afoul of a sophisticated – and psychotic – bank robber (Plummer). After Gould messes with the heist and palms most of the money, Plummer dubs him his “partner.” And starts stabbing his fish.

Previous Article
MAP International: Reflecting on 2020 and Planning Strategically for 2021
Next Article
Looking to Volunteer During Pandemic? Be a Friend to an Older Adult with ARC Phone Reassurance Program