Rising up in the age of Trump 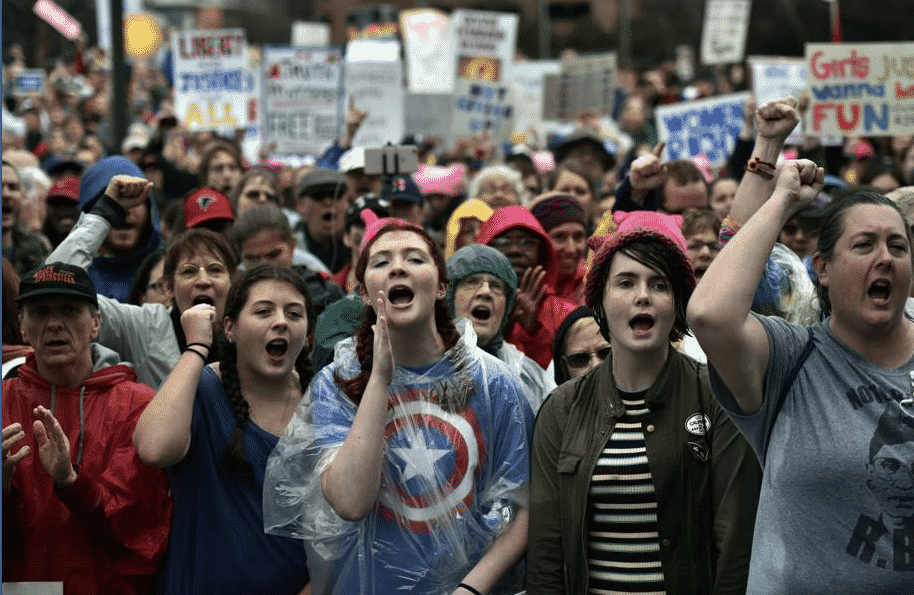 Welcome to the “United States of Atlanta.”

From the capitol dome to the Georgia Dome, our city’s ascendance as a pop cultural and political powerhouse was on full display over the weekend. For very different reasons, and in markedly different ways, a diverse cross-section of citizens living in the U.S. of Atlanta were inspired to “Rise Up.”

And so we did.

Bookended by disparate events over the last several days, Atlanta offered brief, but vibrant glimmers of possible salvation from what could be a prolonged season of discord and discontent.

On Saturday, 60,000-strong marched from the National Center for Civil and Human Rights in Downtown Atlanta to the state capital to protest the inauguration of President-elect Donald J. Trump in a ceremony the day before. 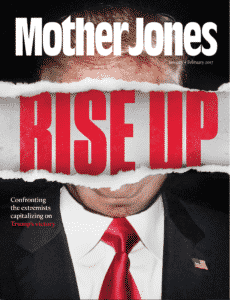 The peaceful march through rain-soaked streets was organized collectively and simultaneously as part of a larger “Women’s March” which drew millions of people in cities around the world. As a fashion-forward antidote to Trump’s bilious misogyny, countless protestors proudly sported knitted, pink “Pussy Hats.”

But in Atlanta and elsewhere, the march cut across gender lines. The outpouring of solidarity included an encouraging representation of men of different races, ages, economic classes, sexual orientations and political persuasions. Anatomy be damned; male protestors understand that they’re indivisibly alloyed to a broader “sisterhood” whose rights and liberties are likewise under threat for the next four years. Count me among them.

Saturday’s march was led by Congressman John Lewis, the elder statesman and venerable civil rights leader who had earlier said the incoming president was not “legitimate.” Ever the sore winner, Trump responded reflexively on Twitter, criticizing Lewis and inaccurately characterizing the congressman’s resurgent Atlanta-area district as an impoverished, crime-infested backwater. The spirited social media onslaught from residents in defense of their 5th District homeland was priceless.

The Lewis-Trump dustup unfolded even as the nation was preparing to celebrate the birthday of The Rev. Martin Luther King Jr. The martyred icon is still Atlanta’s most beloved son and his powerful message of inclusiveness, equality and universal brotherhood is an uplifting counterpoint to the new president’s retrogressive vision for the future.

Yes, we all know King was no saint when he was alive. But even in death, the undimmed relevance of King’s moral legacy suggests he would have been a far better choice for the White House than its current occupant.

Atlanta’s call to “rise up” was answered again the day after the Woman’s March. The emerging nation-state of Atlanta cheered its hometown Falcons as they whupped the bejezus out of the hapless Green Bay Packers to win the National Football Conference title. The joyous victory embodied the perverse but undeniable appeal of Atlanta as a city that’s always hyped to the hilt. Call us the city that’s just too busy to hate haters.

While watching the game, I wondered how many “Dirty Bird” fans also counted themselves among the “nasty women” who mockingly embraced that insult Trump leveled against Hillary Clinton in their presidential debate because she had dared speak the truth about him? I also wanted to know how many of those fans at the going hoarse at the Dome were also protesting at the Women’s March the day before?

On game day, I was actually thankful that those distinctions seemingly disappeared. What truly mattered on the field, in the stands and on the sidelines was the multi-racial mélange of people who demonstrated a deep capacity to set aside their differences in order to rally around a common cause. Whether Atlanta’s show of unity was a fleeting footnote, or something of more profound and long-lasting, it’s still a good sign.

Sunday’s game was also noteworthy for the A-listers who were hugging and mugging for the TV cameras and on social media. They included former President Jimmy Carter, Samuel L. Jackson, Ludacris, Usher Raymond, Justin Bieber, Gucci Mane and Anna Kendrick.

It’s OK if you’ve never heard some of those names. But the size and growing influence of Atlanta’s “celebritocracy” is important to keep it mind. Although it has been a painful lesson to learn, the improbable rise of Trump is proof positive that marquee status and name recognition are often invaluable assets for every candidate and for every movement. Political wars are not only pitched at the ballot box anymore; they’re also waged at the box office and on Snapchat.

Granted, the mythical United States of Atlanta I’m talking about is not defined by geography. For now, at least, I’m not in favor of Atlanta seceding from the union. It’s more just a state of mind. And although Atlanta continues to expand in population and stature, it’s far from clear if its denizens will coalesce in ways that offer tangible models of how to build a stronger, safer, fairer, cleaner and more economically vibrant society from the bottom up.

My expectation – my hope, really – is that Atlanta’s more enlightened showbiz types will join forces with the marchers in the street, with the diehard sports fans, the progressive politicians and the unsung activists and many others who are dedicated to advancing civil and human rights.

Together, we can stand in the breach to defy and defeat those who would betray our virtues and undermine our values by seeking to roll back the scoreboard and turn back the clock.

So rise up, Atlanta. Rise up now.