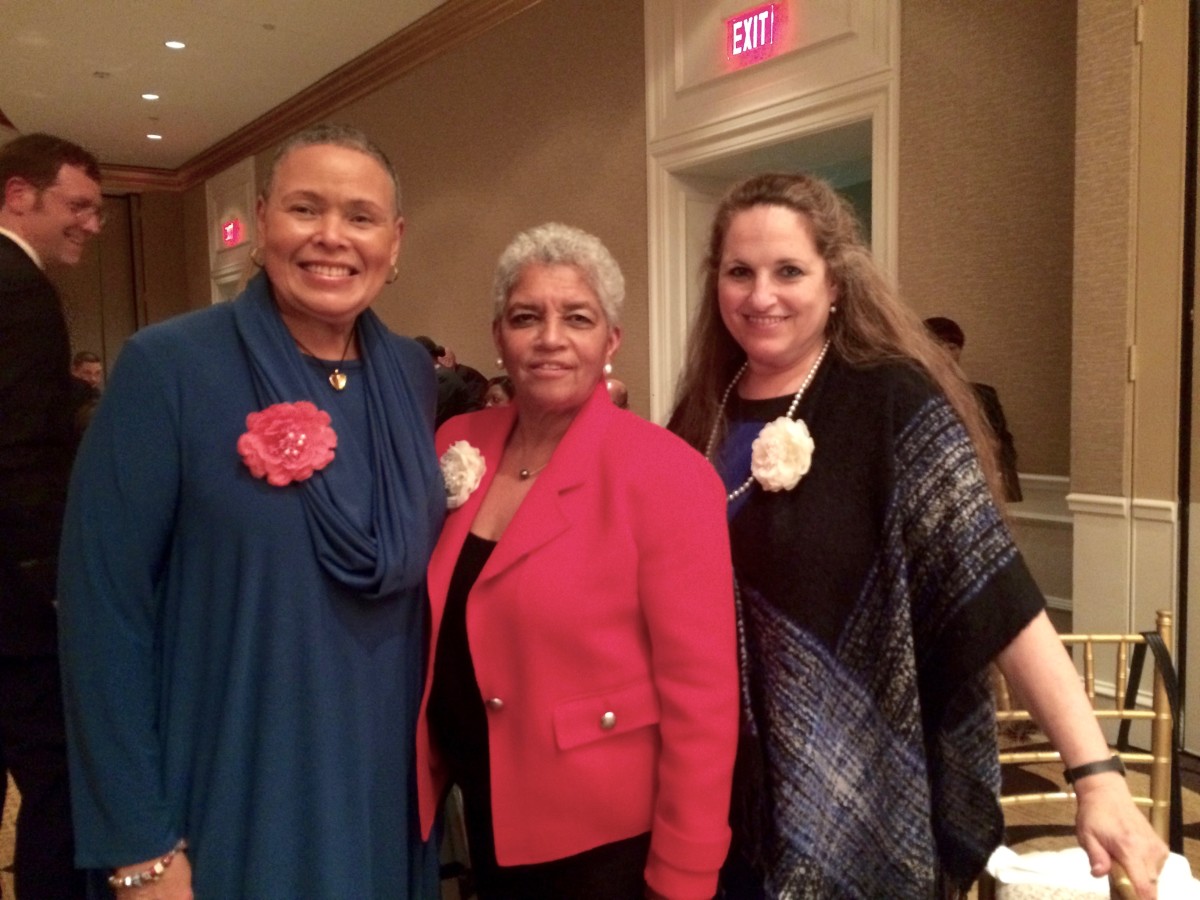 Roasts are dangerous. But when Better Georgia representatives asked if I would be willing to roast former Atlanta Mayor Shirley Franklin, I couldn’t resist.

Better Georgia, an organization that is promotes progressive policies for the state, held its annual fundraiser on Feb. 25 at the Four Seasons Hotel. The event was cleverly called “Shirley, We Jest!” 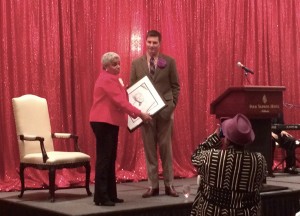 The fellow roasters were Alexis Scott, former publisher of the Atlanta Daily World; former Atlanta Mayor Andrew Young; and former Gov. Roy Barnes.
“I agreed to do this before I realized what I was being asked to do,” Young said. “The only problem with me roasting Shirley is it’s probably going to be all true.”

Franklin started her career with the City when Maynard Jackson had been elected as Atlanta’s first African-American mayor. She served as Atlanta’s commissioner of cultural affairs.

When Andrew Young was elected in 1981, he named Franklin to lead his transition team. After being grilled by Franklin, more often than not, people would resign.

“When I looked around for them, they were all gone,” Young recalled. Plus, he remembered someone telling him: “Please do not let Shirley run this city. She cannot even keep her house clean.” 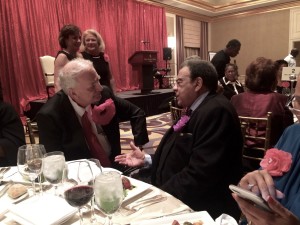 That was the wrong comment to make. His late wife – Jean – immediately stood up for Franklin – pointing to an embroidered pillow with the saying: “A clean house is a sign of a misspent life.”

When Young offered Franklin the job to be chief administrative officer for the city, he explained that he wasn’t going to be around that much. His priority would be to travel and drum up business for Atlanta.

“I need somebody I can trust to hold things together,” he told her. So they developed a working relationship.

“I would come with all these high-minded ideas, and she said: ‘I’ll take care of that.’ Then I would leave,” Young said. But when he would return to Atlanta, he realized that Franklin’s idea of taking care of something could mean that she wouldn’t do anything at all.

When Young confronted her, she quickly said: “If you wanted to take care of it, you should have stayed here.” 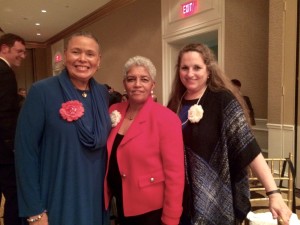 Then Young acknowledged something he has rarely done before. Calling Atlanta “the greatest city that I know of in the world,” Young said he doesn’t deserve all the accolades he’s received.

“Don’t blame it on me, and don’t give me the credit,” Young said before mentioning Franklin. “She can be as sweet as she can be, and she can raise more hell. She certainly has made me my life very, very successful. You can have somebody come over to get all those plaques I have in the basement.”

Former Gov. Barnes referred to Franklin’s reputation as the “sewer mayor” because she pioneered the effort to reinvest in Atlanta’s water and sewer infrastructure.

“I don’t know what it is, but every time I flush my commode, I think of Shirley Franklin,” Barnes said. “She is a mixture of tough as nails and as sweet as she can be… You can’t be around Shirley and not like her.”

During my roasting of the former mayor, I remembered when she had just been elected in 2001 but had not yet taken office. She was a keynote speaker at the 2001 annual luncheon of the Metro Atlanta Chamber.

That’s when I realized how much the world had really changed.

During her tenure as mayor, I wrote several critical columns of some of her administration’s policies. When I would see her after those columns, she never mentioned what I had written.  I mean, she didn’t even issue press releases to blast me – or what I had written. 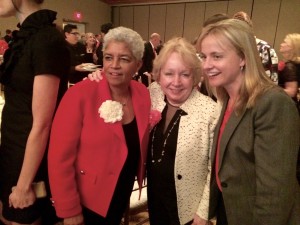 Finally, after one particularly tough column with no response, I asked her if she had read it.  “Yes,” she answered. “You were just doing your job.”

The one time she commented on something I had written, she told me: “Maria, we can’t save every tree in Atlanta.”

About three years ago, Shirley and I were both on a Leadership Atlanta program for young leaders. She was talking about being mayor – and how she had to deal with journalists like me. She ticked off nearly every one of my critical columns.

Mayor Franklin had been in office for a couple of years when I began to notice a new breed of leader – women who were all about five-feet-two. There was Franklin, Cathy Woolard, Lynnette Young, Dianne Harnell Cohen, Beverly Scott, Beverly Hall, Luz Borrero, Renee Glover, Hattie Dorsey among others.

Little did I know there was a secret society taking over our local governments. They even had a name: “Bitches in Charge.”

While she was mayor, Mayor Franklin worked to build closer ties in the region. After several years of trying, Franklin told me she could have a greater impact on the region if she made the City of Atlanta as strong as it could be. And she wasn’t looking for easy, short-term returns. She was thinking 25 to 50 years in the future. 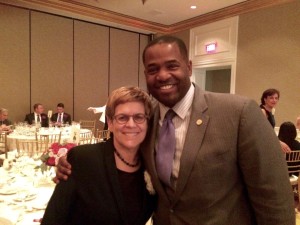 Towards the end of her administration, Franklin began reciting one her favorite quotes: “The true meaning of life is to plant trees, under whose shade you do not expect to sit.”

As I said that Thursday night, Atlanta may have lost some trees during her administration, but she planted many more trees that will provide shade for our children and grandchildren.

The Better Georgia event was particularly touching for Franklin. Her son, Cabral Franklin, had chaired the organization before he passed away from cancer last fall. Cabral’s presence was felt during the entire evening.

“It‘s been a fun night,” Franklin said. “We’ve done a lot of things in Atlanta. The challenge is not what we’ve done in the past but what we are going to do going forward.”

Previous Article
The sum of its parts
Next Article
Okeeba Jubalo: Artist and Art Entrepreneur