Robert Bentley and the new face of foolin’ around 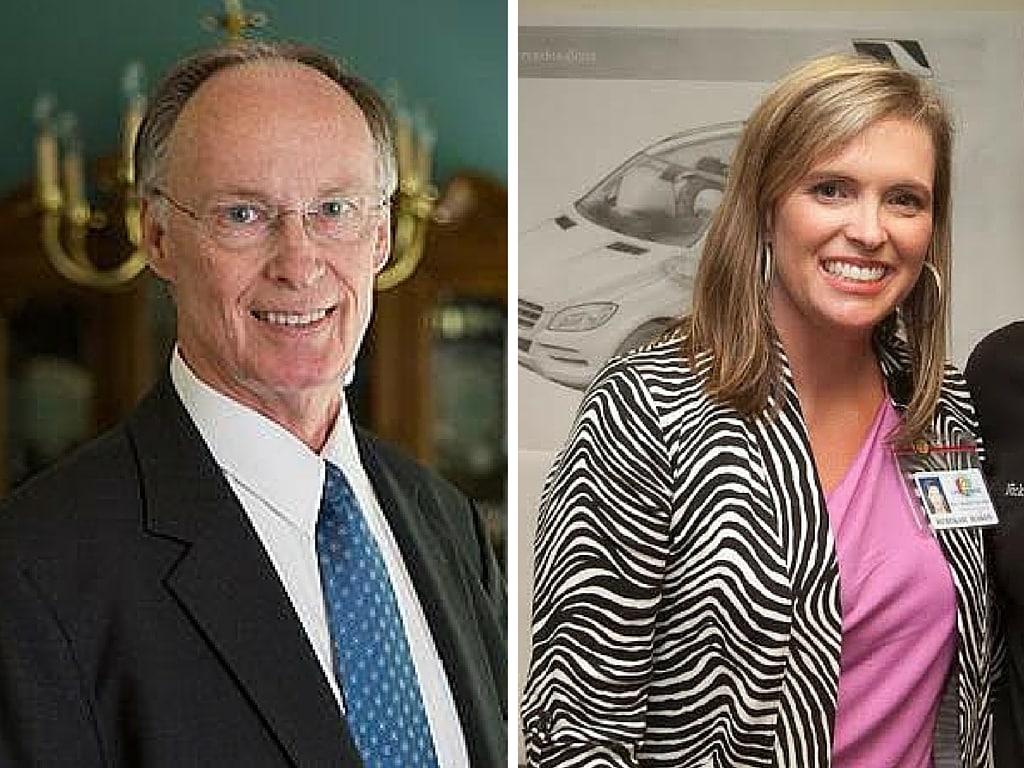 It’s not as if Robert Bentley is the first Southern governor to end up in the compromising position the Alabama governor currently finds himself in. No, no. Bentley’s predecessor, Big Jim Folsom, made the definitive statement on this subject back before Bill Clinton reached puberty.

“If you bait a trap with women (there are several variations of the quote), then you’re going to catch ol’ Big Jim every time,” he remarked when asked about stories that were circulating at the time.

It’s an old story, but there are some new twists in the scandal currently rocking Alabama which give it a very 21st Century feel.

First, the evolving role of the first lady. Back in the ‘90s, when Mississippi Gov. Kirk Fordice decided to go public with his affair with a high school sweetheart and announced he was divorcing his wife, Pat, the first lady promptly faxed out an announcement that no such thing was going to happen. At the Neshoba County Fair, a lurid tale was told of how she had also snatched some important financial papers while he was in the shower, prompting the naked Fordice to chase her through the governor’s mansion.

Eventually the Fordices did divorce, shortly before he left office. He had a brief and unsuccessful marriage with his old flame, but Pat Fordice became a revered figure in Mississippi, in no small part because of the pluck she’d shown during the breakup. She became the spokesperson for the state’s anti-littering campaign.

Dianne Bentley isn’t likely to apply for a similar position in Alabama, or be considered for it. It was she who last year filed papers to end her 50-year marriage with the governor, walking away from first ladyhood with a closed settlement and lighting the fuse which led to last month’s explosive charges by a recently sacked top state law enforcement official that Bentley had been having an affair with his chief political advisor, Rebekah Caldwell Mason.

Not only that, but the audio which blew the roof off the scandal appears to have come from a recording the first lady herself made on her cell phone, capturing Bentley at his beach house, getting very, er, gubernatorial on the phone with somebody named Rebekah.

Mason resigned from her position last week, but she wasn’t a state employee. She was being paid with money from Bentley’s campaign fund, which had been rolled into a non-profit, deliciously named the Alabama Council for Excellent Government, or ACEGov.

A member with her husband and family of the same church attended by the Bentleys in Tuscaloosa, Mason worked her way up within and eventually elbowed out the other members of the tight group who came to Montgomery with Bentley, who campaigned as a squeaky-clean outsider when first elected to the office in 2010. She started out as communications director and by his second term had gained so much influence that she was said to be the de facto governor.

Republicans have begun to characterize her as a sweet-talking Svengali responsible for Bentley’s 180-turn on raising taxes in his second term. But Bentley isn’t the first Republican governor to grow weak-kneed at the rickety condition of the state’s finances. That would be Bob Riley, whose tax proposal crashed and burned in 2003.

This brings us to another modern twist, for Alabama at least. Except for egging it on, there doesn’t seem to be a Democrat anywhere in the vicinity of this recent scandal, of which the affair is only one piece.

For a long time after the passing of George Wallace, Alabama politics sank into a kind of protracted legal knife fight between the two parties, with one governor from each, Republican Guy Hunt and Democrat Don Siegelman, getting indicted and convicted while in office under extremely politicized circumstances. The larger contours of the Bentley scandal illustrates that those days are now long gone, although the legal problems of the state’s politicians remain.

Spencer Collier, the state law enforcement agency head who spilled the beans on the affair, is a former Republican legislator and Bentley ally. He claims he was fired after he refused to lie to the state attorney general’s office in connection with the case of Mike Hubbard, the Republican speaker of the house, who currently is serving while under a 23-count indictment on corruption charges. Thus, while there are growing calls for Bentley to resign, it becomes a little sticky just who is going to pick up the first stone, should it come to that. Republicans hold a super majority in the state house and senate, and Attorney General Luther Strange is a Republican.

Bentley has admitted that he acted improperly, but denied any physical affair with Mason. Meanwhile, stories have surfaced about Bentley buying more than a thousand dollars worth of throwaway phones, a la “The Wire.” Neither the governor nor the scandal show any sign of going away.

Previous Article
Execution of power: Even governor’s ally couldn’t alter outcome of Palmetto Pipeline
Next Article
This should come as no surprise to anyone