Robert Dale Morgan, leader of sporting events in Atlanta and Houston, passes away at 50

Robert Dale Morgan, who helped put Atlanta on the map for major sporting events, passed away Sunday from complications related to a brain tumor. Morgan was only 50 years old.

Morgan was key in the creation of the Atlanta Sports Council, and he headed the efforts to bring and host the 1994 and 2000 Super Bowl games to the Georgia Dome.

Morgan left Atlanta and moved to Houston where he took on several roles as president and CEO of the 2004 Houston Super Bowl XXXVIII Host Committee as well as president and executive director of the 2011 Houston Final Four.

“Robert Dale was greatly responsible for getting the Peach Bowl financially stabilized,” said Sam Williams, president of the Metro Atlanta Chamber. “And he was the principal architect who created the Atlanta Sports Council.” 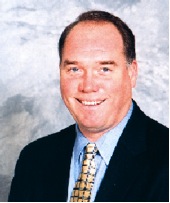 Morgan was in Atlanta during its heyday of sporting events. The Atlanta Braves were leading their division and going to the World Series; there were two Super Bowls and then the biggest prize of all — the 1996 Summer Olympic Games. In that magical decade, Atlanta also hosted several basketball and golf tournaments.

“He was a greater than life person,” Williams said. “He was a big man to begin with. He was outgoing, friendly, never met a stranger and was incredible at developing relationships.”

Although he had been gone from Atlanta for more than a decade, Morgan maintained his professional contacts in Atlanta and remained close friends with numerous people he had met when living in Georgia.

“Robert Dale was two people,” said Bill Dahlberg, retired CEO of the Southern Co., who chaired Atlanta’s 2000 Super Bowl Host Committee. “To me, he was a fun-loving guy, someone I loved to play golf with and joke around. And professionally, he was the consummate professional. He loved sports. It was a joy to see him work. I loved the guy.”

Morgan also was respected by the major sporting associations, such as the National Football League.

Jim Steeg, who headed special events for the NFL for many years, told the Houston Chronicle that Morgan was the first person to head Super Bowl host committees in two different cities.

One of Morgan’s greatest contributions to Atlanta was serving as executive director of the Peach Bowl, now the Chick-fil-A Bowl, from 1988 to 1997. During that time, the game moved from the outdoor venue at the Atlanta-Fulton County Stadium to the newly-opened Georgia Dome.

The family obituary stated that Morgan joined the Metro Atlanta Chamber in 1988, when he helped give new live to “a struggling Peach Bowl.” He first served as an assistant to the director and then was named director.

Morgan was the only son of Claude and Patricia VanNoy Morgan. he graduated from Canton Pennsylvania High School in 1979 and from Penn State University in 1983 with a degree in journalism.

Upon graduation, he received a fellowship to the Miller High Life Olympic Training Camp in Colorado Springs, Co., which became the “springboard to his career in the sporting business profession,” according to the family obituary.

He then became director of sports information at the University of Tampa, where he remained for two years before moving to Atlanta.

Services will be held at 11 a.m. on Thursday, Feb. 2 at St. Luke’s Methodist Church in Houston.

Previous Article
Josh Starks’ Moment helped him find ‘you have to be present to be blessed’
Next Article
Off the rollercoaster, Ben Dempsey loses 165 pounds