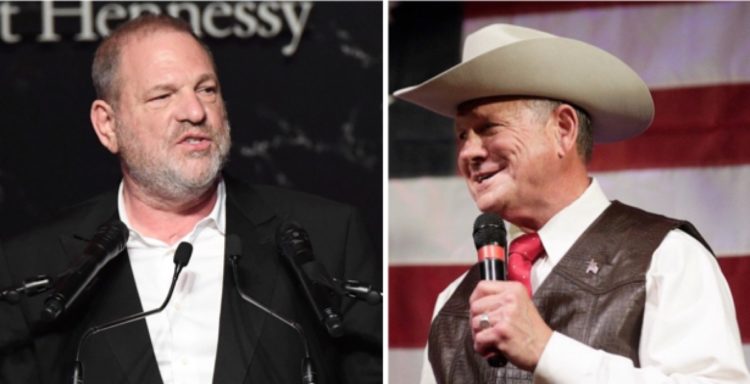 Repeatedly over the past few weeks, commentators have remarked that we’re going through a moment. However you define what a moment is, it has a lot to do with the way news gets made in the 21st Century. 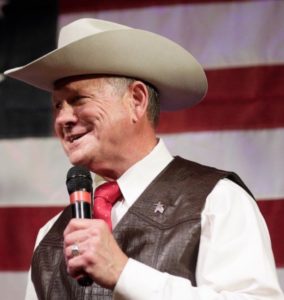 Alabama politician Roy Moore’s campaign for U.S. Senate is dinged by allegations of his past sexual conduct. New reports link Moore’s situation to that of a disgraced Hollywood producer. Credit: businessinsider.com

Early on in the history of the 24/7 news cycle, it became obvious that while the broadened landscape of news delivery made it possible for there to be many different stories, the stronger impulse was toward the One Big Story.

It didn’t matter whether this was a war in the Middle East, the death of a celebrity or the emergence of a new disease. From an operational point of view, what mattered was that the cable news networks (and big city newspapers fallen on hard times) could focus their resources on covering in strategically resourceful ways.

In recent years we’ve seen a refinement of One Big Story. It can be thought of as news by association. A story that for whatever reason catches our attention for its surprising or salacious nature and becomes a magnet for a rash of similar stories.

Sometimes a copycat effect is in play, but often these are stories that would have received less attention by themselves, and wouldn’t have been associated with a broader discussion. When this happens, stories that previously went unnoticed can take on a tornadic force. Sometimes the center of the story can jump with the capriciousness of a real tornado, from police shooting people to police getting shot.

Which brings us around, by slow degrees, to Roy Moore, Republican U.S. Senate candidate from Alabama.

On Oct. 11, The Washington Post reported that Moore had been drawing $180,000 a year from the charity he founded, even though he’d claimed he wasn’t drawing a regular salary. That was a pretty solid instance of moral turpitude, especially from someone who nearly broke through the floor of a state building installing a granite monument to the Ten Commandments.

That story received little national attention, and chances are it did little to move the needle in Alabama, where Democrat Doug Jones was running with the blessings but not the material support of the national party. 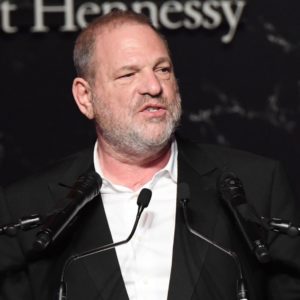 But the week before this story was published, there was another that would put Moore in far greater political peril, although he could not have foreseen what it could possibly have to do with him. The New York Times reported on Oct. 5 that the Hollywood producer Harvey Weinstein had been paying out-of-court settlements in numerous sexual harassment cases for decades.

It may not seem entirely fair to set up Moore’s story in this way. The accusations against him would have been made anyway, would have been a pretty big story anyway. But by the time the Post reported on Nov. 9 that Moore was accused of having a sexual encounter with a 14-year-old girl when he was 32, there had been weeks of cascading revelations in the wake of the Weinstein story, toppling storied careers, involving prominent men across all lines of professional, political or sexual preference. What might have been another outrageous story about Roy Moore became part of something much larger.

When the Post published its story in which several women recalled how Moore, as a young district attorney, had been on the prowl for teenaged girls, the center of that bigger story that had been ignited in Hollywood, and fed by the energy of dozens of revelations from around the country, settled on Gadsden, Ala.

Whether Alabama will still be the center of that larger story when the state holds its special election Dec.12 is an open question. It would be the strangest of ironies if the tornado that seems to have swept up Moore should instead spell the end of Sen. Al Franken’s career, but that’s one possible outcome.

Last week, the National Republican Senatorial Committee released a poll showing the Democrat Jones 12 points ahead of Moore, which may tell us less about the accuracy of their polling operation than it does about the dread Republicans in Washington have for Moore, precious as that one vote is in the battle for power. He was a big problem for the GOP before this story broke, and now he’s a big problem with a flashlight in his face.