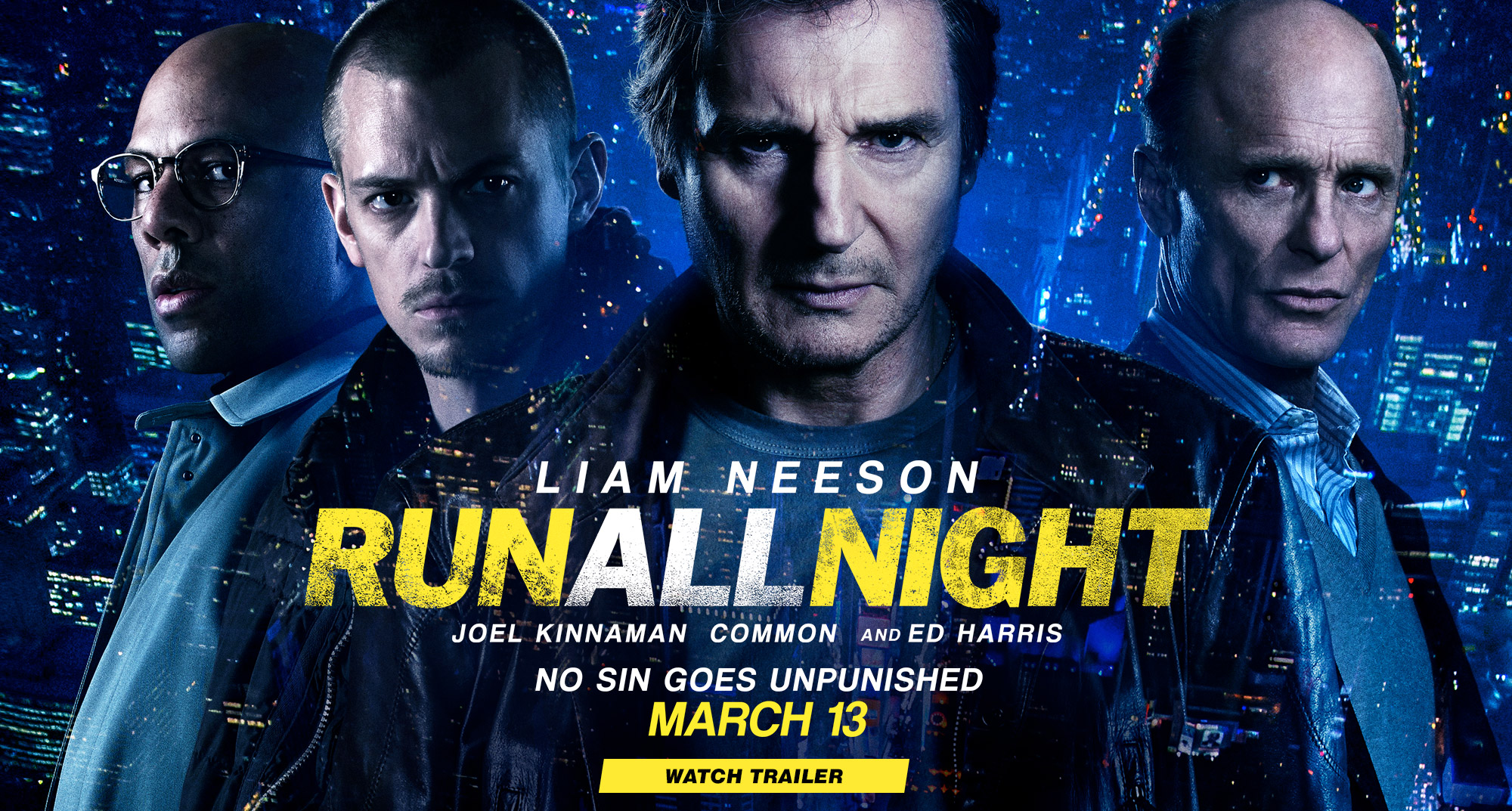 It could be said that every generation gets the vigilante “Death Wish” hero it deserves.

In which case, Baby Boomers have been extremely lucky.

Eastwood and Bronson in our 20s and 30s. Bruce Willis in our 40s. And now Liam Neeson for our 50s and beyond. 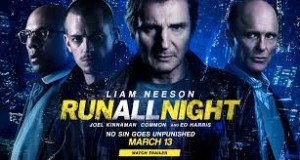 Neeson’s newest, “Run All Night,” opens with him badly shot up and sprawled on the ground. “I’ve done some terrible things in my life,” he tells us.

Happily, this movie isn’t one of them (“The Haunting” remake is).

How he got plugged is the picture’s plot, told in flashback. Neeson and gang boss Ed Harris have been buddies forever. But while Harris has ascended to Irish Godfather status _ he even uses the phrase  “pull me back in” — Neeson bottomed out on the hitman level. In fact, he’s so good at killing people he’s earned the nickname “Jimmy the Gravedigger.”

Both have grown sons.  Harris’s is a n’eer-do-well cokehead who spends every waking minute making selfish bad decisions.  Jimmy’s kid is the opposite: a hard-working sometime-boxer, sometime-limo driver who wants nothing to do with his father or his tainted heritage.

It all comes to a boil and, sure enough, everyone — killers, cronies, the cops, collateral-damage family members — do indeed, run all night, brandishing a small artillery, leaving behind a flotilla of bodies.

That may be the film’s biggest flaw. Granted, action is what should be on offer in an action movie, but, boy, it seems like nobody ever slows down. And the more tired everyone (actors and audience) gets, the more glaring the coincidences seem. By the end, you’re about as exhausted as Neeson; you just haven’t lost as much blood.

Even so, the movie has a certain grit as well as that odd badge of honor that means it delivers the goods. Just the scenes between Neeson and Harris are worth your time.

Near the end, having arranged for one last face-to-face to see if they can work things out like they did in the old days, Neeson and Harris meet at a bar they haven’t been to in years. Notes Harris,  “All the old places look different.”

All the old faces do, too, but in “Run All Night,” they’re still here. And those mugs still belong to a couple of the best actors we’ve been blessed to see in the last couple of decades.

Previous Article
You know the notes but did you know they came from Atlanta?
Next Article
Holding out for magic: hoping Glenridge Hall will be preserved