A brain injury, a bike and the Ryan Boyle comeback story 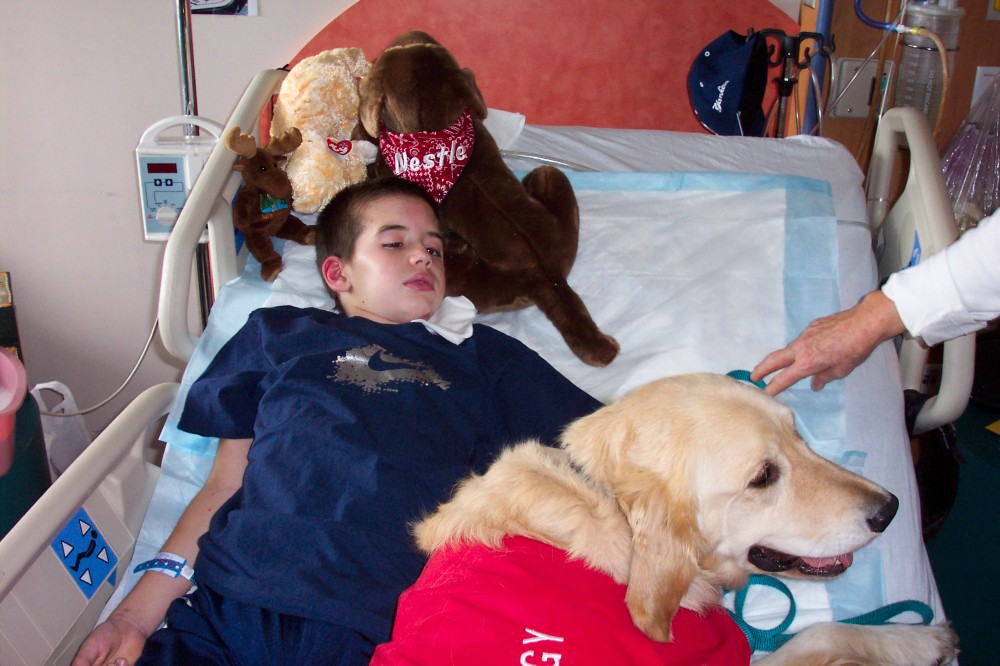 Ryan Boyle was just a 9-year-old on a Big Wheel until a speeding pickup truck driver hit him. His brain was so severely injured that the neurosurgeon told Boyle’s parents, “I operated on him as if he had a chance – but I don’t believe he does … Prayer is the only thing that will save your son now.” 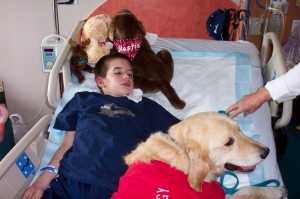 Ryan Boyle spent a lot of time in hospitals as he recovered from massive injuries sustained when a speeding truck hit him when he was 9.

Boyle wasn’t supposed to stand or talk or walk, much less ride a bike — his favorite thing. Beyond his brain trauma, he also broke his left shoulder, left arm, six ribs, his pelvis and right femur. He also had to re-learn how to breathe, swallow and eat.

On a recent evening, Boyle showed up at the Emory University Barnes & Noble bookstore recently to sign copies of his autobiography, “When the Lights Go Out: A Boy Given a Second Chance” (Westbow Press). Today he is a graduate of Blessed Trinity High School in Roswell, a freshman at Berry College, a motivational speaker, cyclist and aspiring Paralympian.

His long struggle to climb back on a bicycle led him to the Shepherd Center and ultimately saved him. His recovery is remarkable in at least three ways: the faith expressed by his strong Catholic family; the it-takes-a-village-response of his caregivers and community; and, the bullheaded stubbornness of a boy who, despite losing a piece of his skull and cerebellum, enduring multiple surgeries and excruciating rehab, simply refused to give up. 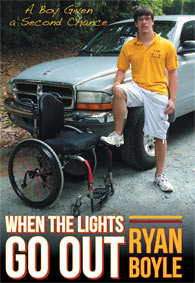 Ryan Boyle, 19, of Roswell recently published his autobiography of recovering from a near-fatal accident.

“Believe in yourself and never underestimate the power of the human will,” said Boyle. “I have overcome unthinkable things.”

A sense of humor helped him hang on, too.

“Like it’s just my story, blah, blah, blah. I’m amazing and all that,” said Boyle, sparking laughter from the bookstore audience. Boyle is at times self-deprecatory, sometimes sarcastic. You get the feeling that by making it through all this, anything really is possible.

“I plan to be a world class ballerina. I want to be an actor. I want to be a priest, a Buddhist monk,” Boyle said when asked about his dreams.  “Well, really I really just want to go to the Paralympics, and you know, depending on how well I do there I’ll decide on what I want to do.”

Boyle’s resurrection began the night of Oct. 13, 2003, in the hospital after the accident   near his childhood home in Monroe, Conn. Family members stayed by his bedside and prayed nearly non-stop that night and the subsequent two months he was in a coma. Nuns visited him and taped medals containing images of the Virgin Mary and Mother Theresa on every part of his body that was broken.

After he regained consciousness, a neurologist told his parents he likely would regain enough movement to type with his right hand.

His father and mother abruptly replied that Boyle would do much more than that, including walking and getting back on his bike. 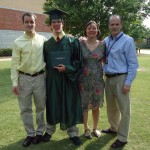 His older brother Matt did what he could. That included injecting a little humor into the situation. Once, when hospital staff showed up, he pressed a remote control for a device that made the sound of passing gas under his brother’s hospital bed covers. The staff was pleased to think their miracle patient was digesting his food, and then laughed uproariously at the continuously repeated joke. However, the gag revealed a different miracle. At one point, the corner of the younger brother’s mouth turned up in response to the sound, showing that he was slowly waking up from his coma.

The community rallied behind the Boyles, holding fundraisers to help pay for the pool the family needed to build for his swimming therapy. Friends and neighbors help build the enclosure to make it usable year-round.

When Ryan Boyle was ready to move from his wheelchair to a walker, from a walker to forearm crutches, or to sit in a regular chair like other students, the Boyles found themselves fighting a litigation-wary school system.

He calls his journey a second infancy. The act of walking took the longest for Boyle to recover—nearly three years. Today, he doesn’t walk in a straight line.

Boyle said he kept pushing himself because he had to.

“It’s just part of my personality that I need to be doing things to keep my mind busy and stuff, because given my situation if my mind wasn’t busy I would just go crazy and it wouldn’t be good,” Boyle said at the bookstore.

However, he reached his lowest point when he no longer could see his condition improving. He considered suicide. His brother helped talk him out of it, saying killing himself was a “permanent solution to a temporary problem,” Ryan Boyle writes. “Life is a game, so if I committed suicide, then I would lose automatically.” 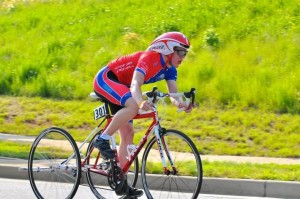 A decade after getting hit by a speeding truck while on a Big Wheel, Ryan Boyle is training with Team USA for Para-Cycling on his adult-sized trike, a bicycle with an extra wheel in back for stability.

Two years ago, the Boyles moved to Georgia for his dad’s job at Emory University and Boyle’s ongoing treatment at the Shepherd Center. Boyle learned to use a handcycle, which is powered by his upper body cranking a wheel, then moved to an adult-sized tricycle — a bicycle with an extra rear wheel for stability.

He is currently a member of the Greenville, S.C.-based Roger C. Pease Para-cycling team, and was recently selected to join Team USA for Para-cycling. He will travel to Europe to compete next month.

While he does not compete on a two-wheeled bicycle, Boyle writes about an experience he had of carefully trying one again and feeling like he “could ride forever.”

“I have learned that achieving goals is all in the will. If you want to do something you will,” writes Boyle in his book. “Nobody can say what you can and can’t do; if I recall, that’s what some doctors did with me.”