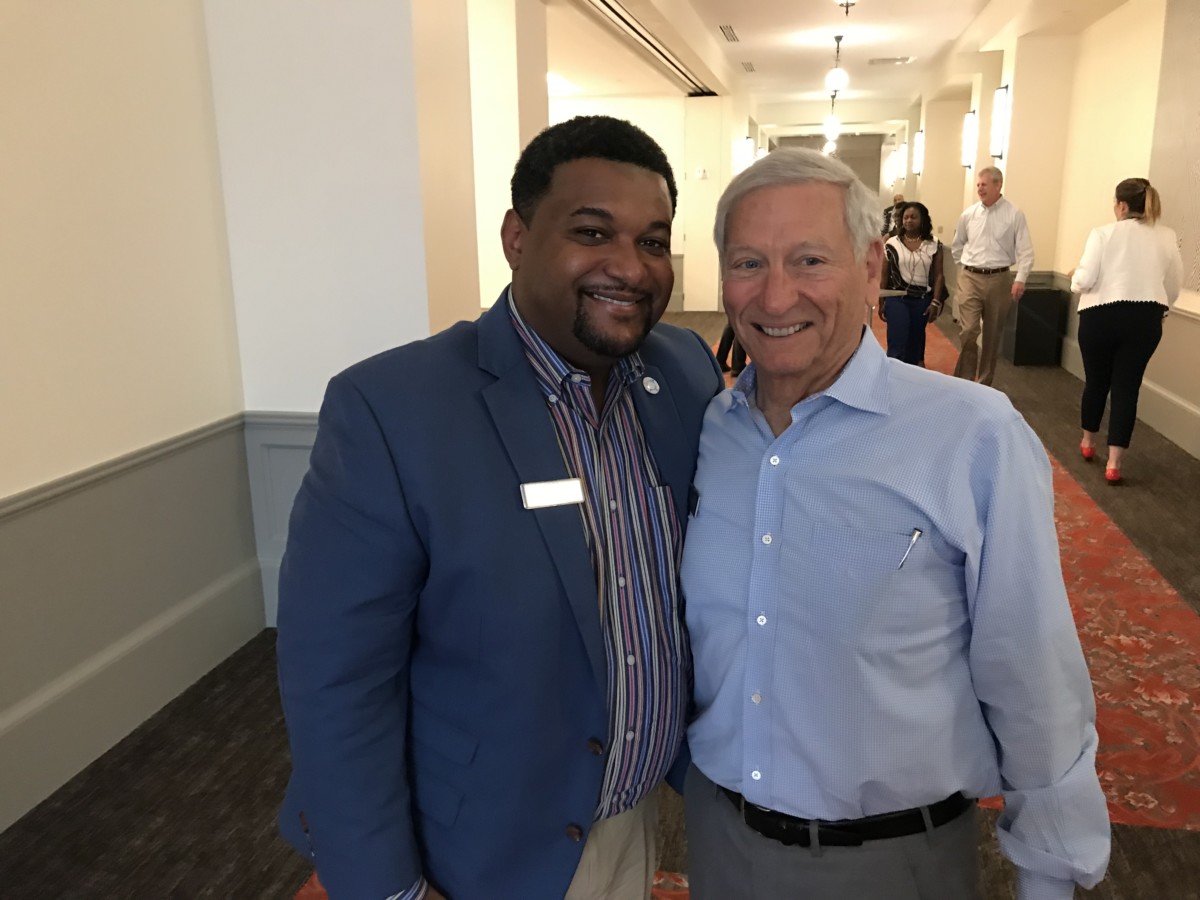 SAN DIEGO, CA – Housing affordability and homelessness are front-and-center challenges in San Diego – a region where 46 percent of the area is dedicated for conservation that is bordered by the Pacific Ocean, Indian reservations as well as military land.

The focus on affordability parallels the conversations occurring in Atlanta, which has become increasingly focused on being a region where the people of modest income can still afford to live.

“You think you are in crisis,” said Debbie Ruane, chief strategy officer for the San Diego Housing Commission, told the LINK delegation of metro Atlanta leaders. “You are not. We are in crisis. We want to help you not do what we did.” 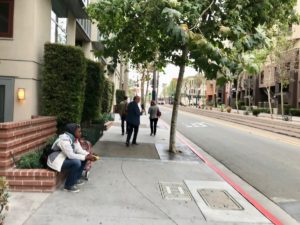 The San Diego region estimates that it is meeting just half of its affordable housing needs for the area’s expected growth. That translates to a shortage of about 142,000 units affordable to people who currently spend more than 30 percent of their income on housing.

Another way to look at it – 44 percent of San Diegans spend 30 percent or more of their income on housing compared to 31 percent of people living in metro Atlanta.

The City of San Diego and San Diego County are working on various initiatives to make the area more affordable. But the region faces obstacles with certain parts of the region resisting increased density with affordable housing.

The northern and western parts of San Diego tend to be the wealthier areas of the county while the southern and eastern areas tend to be low-income communities.

“It’s a regional issue, and everybody has to build density and housing in their community,” said Ruane, who added that housing advocates are trying to give political cover to elected officials who get pressure from the “not in my backyard” mentality. “We are trying to get out of our own way. 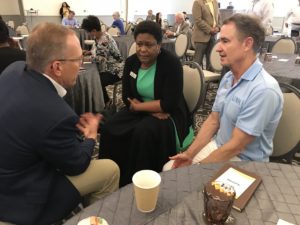 “Data shows that Atlanta is still relatively affordable,” said Kirsch, who said housing costs are increasing 5 to 10 percent a year while income has remained flat. But that’s not the whole story. “We have one of the highest combined cost of housing and transportation in the country.”

Plus the problem is getting worse.

Kirsch said the Atlanta region is building a framework for a regional housing plan, which will help keep monitor the metrics of whether the metro area is keeping up with demand.

“We know there is no silver bullet,” she said.

San Diego also is in a crisis mode when it comes to the homeless. As of 2017, San Diego County is home to the fourth largest population of homeless people in the United States – behind New York, Los Angeles and Seattle.

The homeless are drawn to San Diego largely because of its moderate weather. A homeless count in 2017 identified 9,116 people – a 5 percent increase from the year before.

As a result, Ron Roberts, supervisor of San Diego County, said the county’s budget is “tripling” its spending for drug, alcohol and substance abuse treatment – up to $100 million. 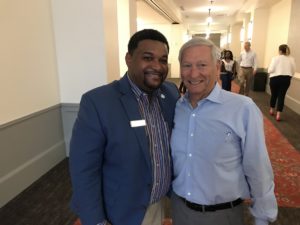 “We think this will be a game changer,” Roberts said. “We also fund 50 psychiatric response teams.” And the county and a multitude of organizations are working to get severely vulnerable people off the streets.”

San Diego also had a serious Hepatitis A outbreak among its homeless population last year that led to the death of 20 people and infected 570 others, and that led to a major vaccination and treatment program.

“In August, we started to see the numbers drop off, and today it’s nearly gone,” Roberts said.

The homeless crisis, however, has led to the county taking drastic measures. It created several tent encampments to house the homeless – at least on a temporary basis.

“We only have 40-42 beds for every 100 homeless individuals,” said Gordon Walker, CEO of the Regional Task Force on the Homeless, who took his post last year. “When I came, I thought San Diego was on the tipping point of losing its streets if it didn’t do something very quickly. We put up three new shelters very quickly.”

The Atlanta story is a stark contrast.

“In the past seven years, we have reduced our unsheltered counts by two-thirds,” Hardin said, adding that the homeless count in the City of Atlanta in 2017 was 3,572 – a 40 percent decline since 2011.

Hardin credited part of the success to a $25 million investment by the City of Atlanta – matched by the philanthropic community “to double down on the strategies that are working.“ The region has built 3,500 units of housing aimed at providing shelter for the homeless.

“I think we are on the right path,” Hardin told the metro Atlanta leaders. 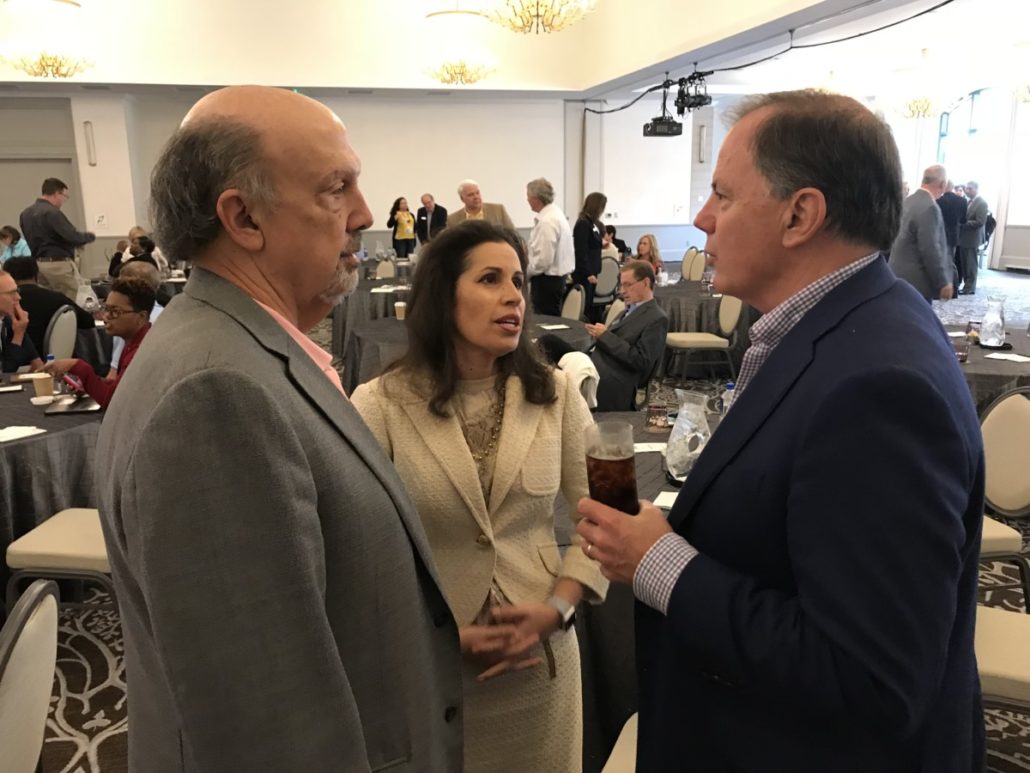 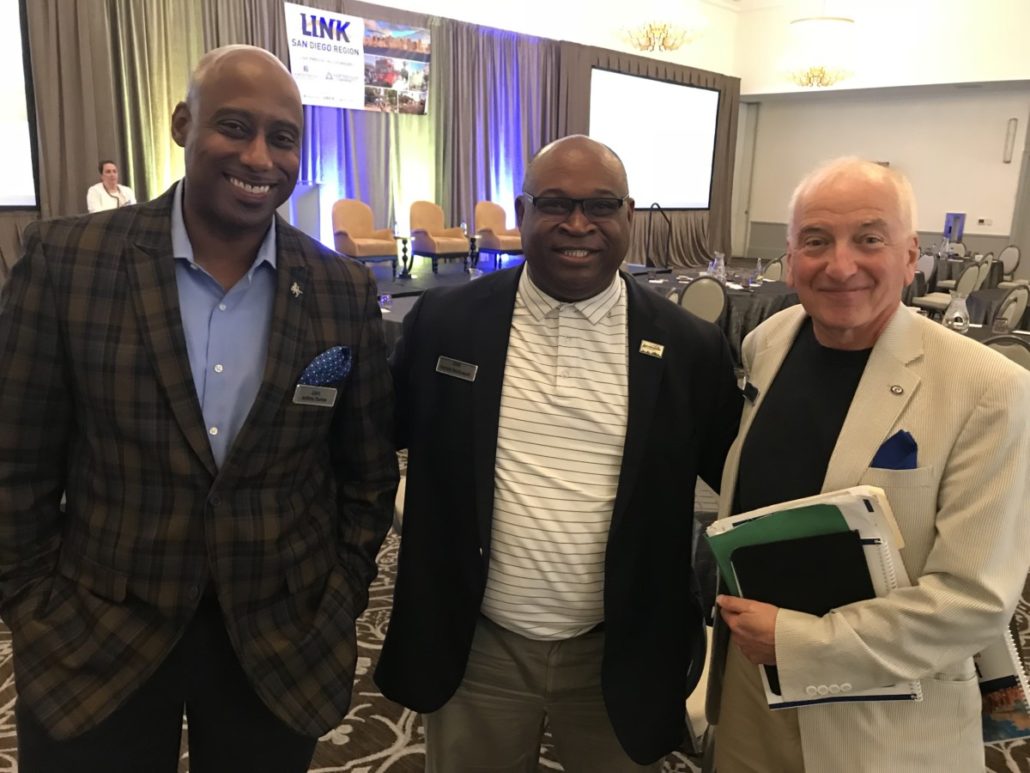 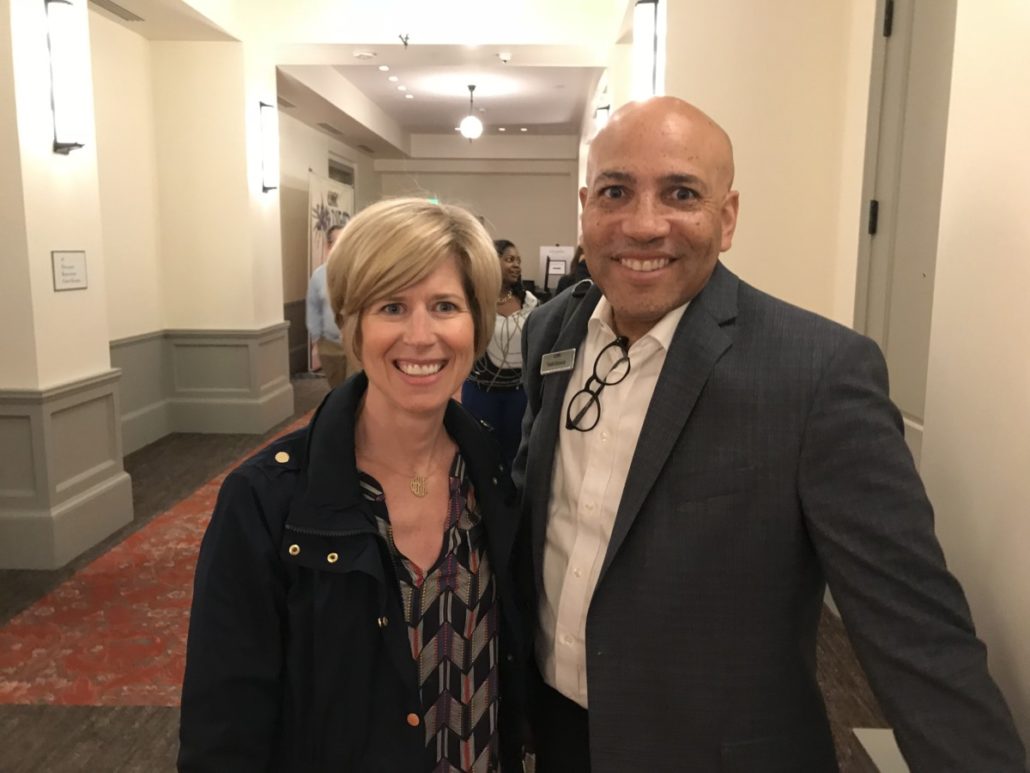 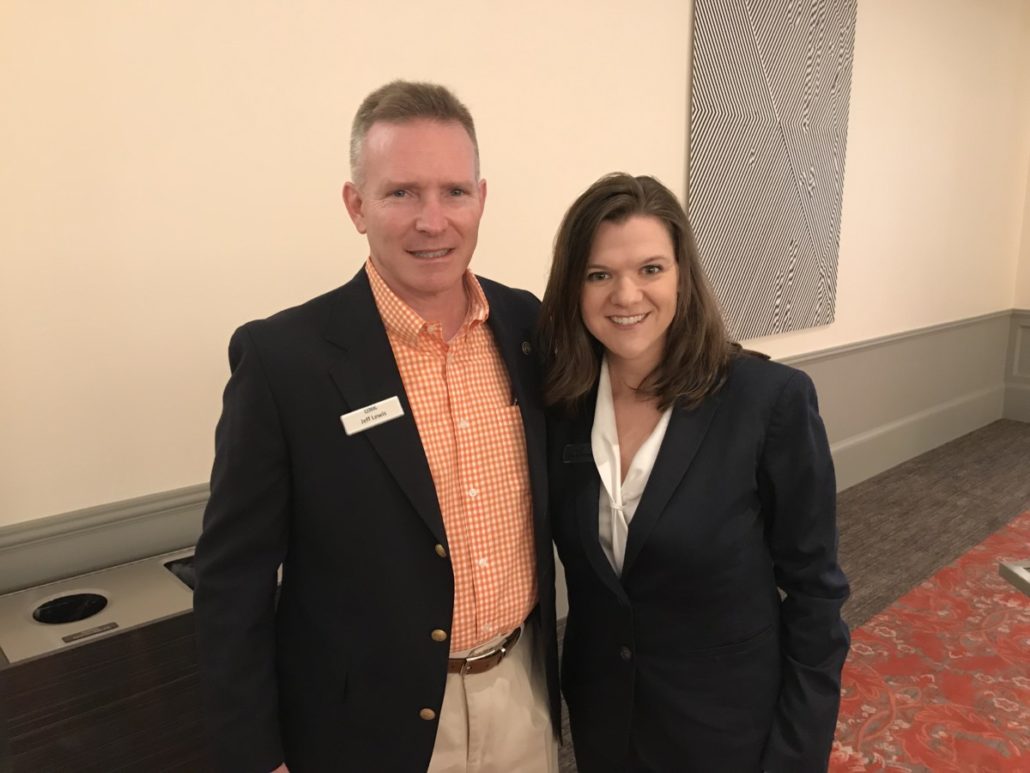 Jeff Lewis, a board member of the Georgia Department of Transportation, with Sharon Mason, president and CEO of the Cobb Chamber of Commerce (Photo by Maria Saporta) 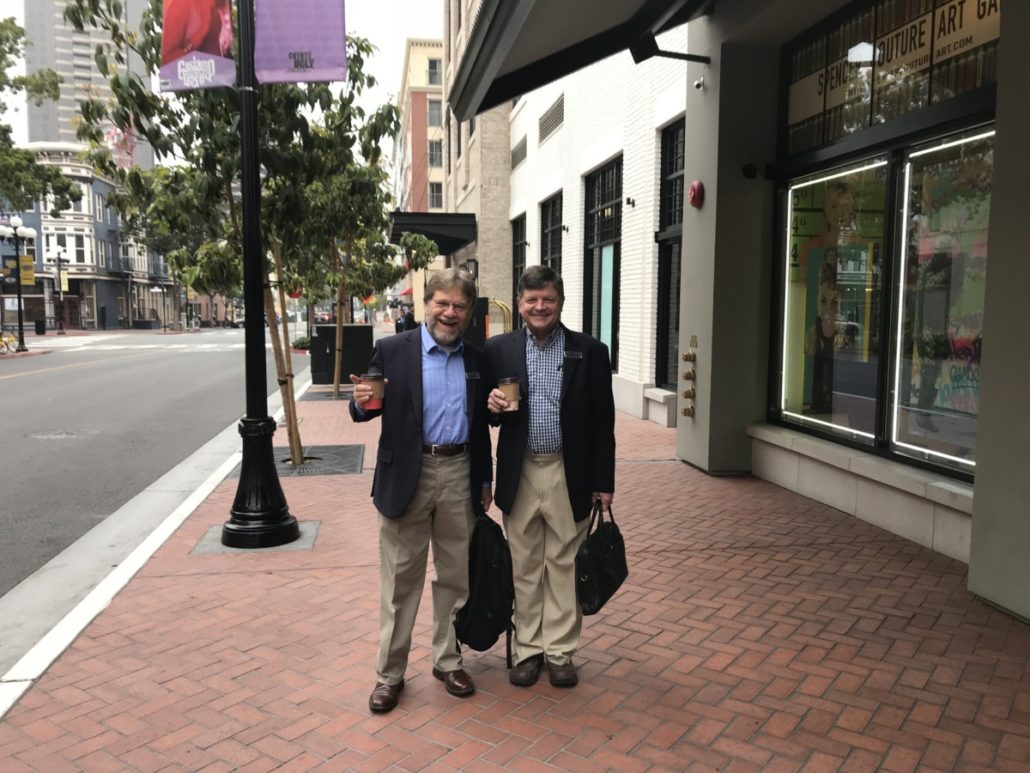 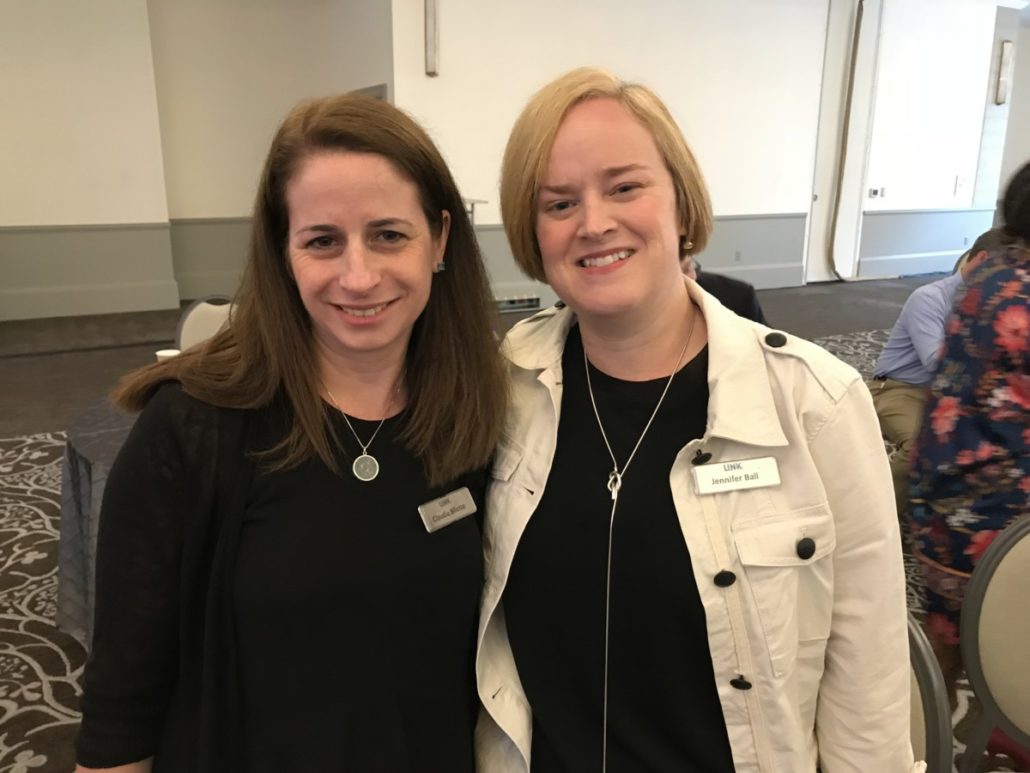 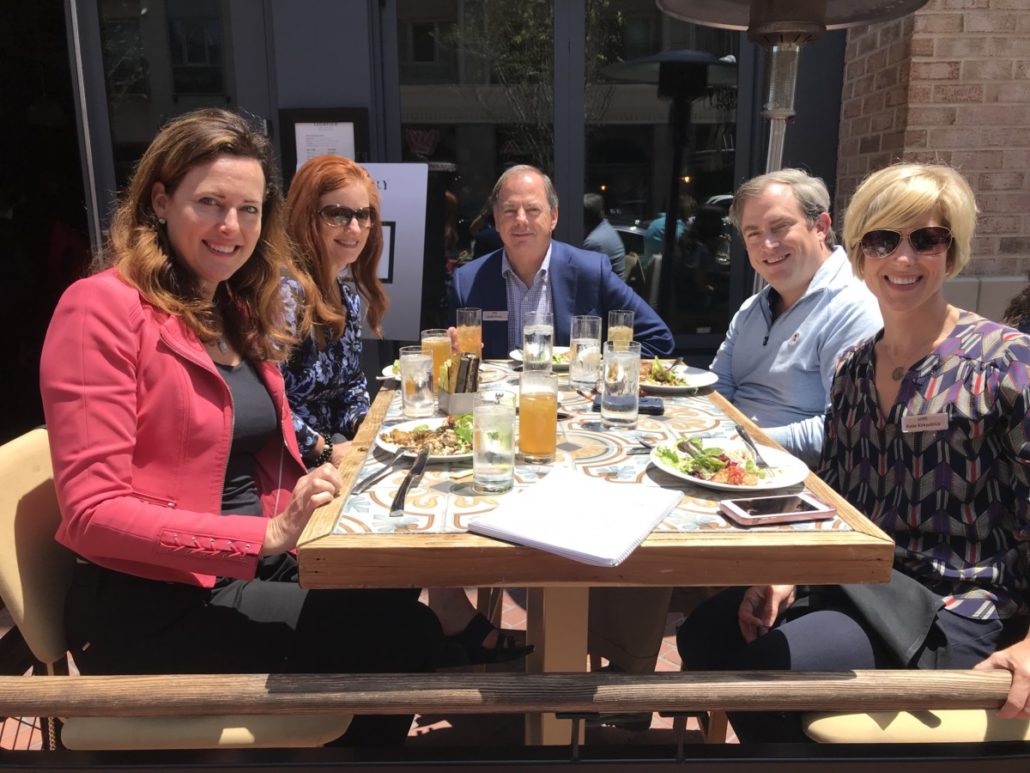 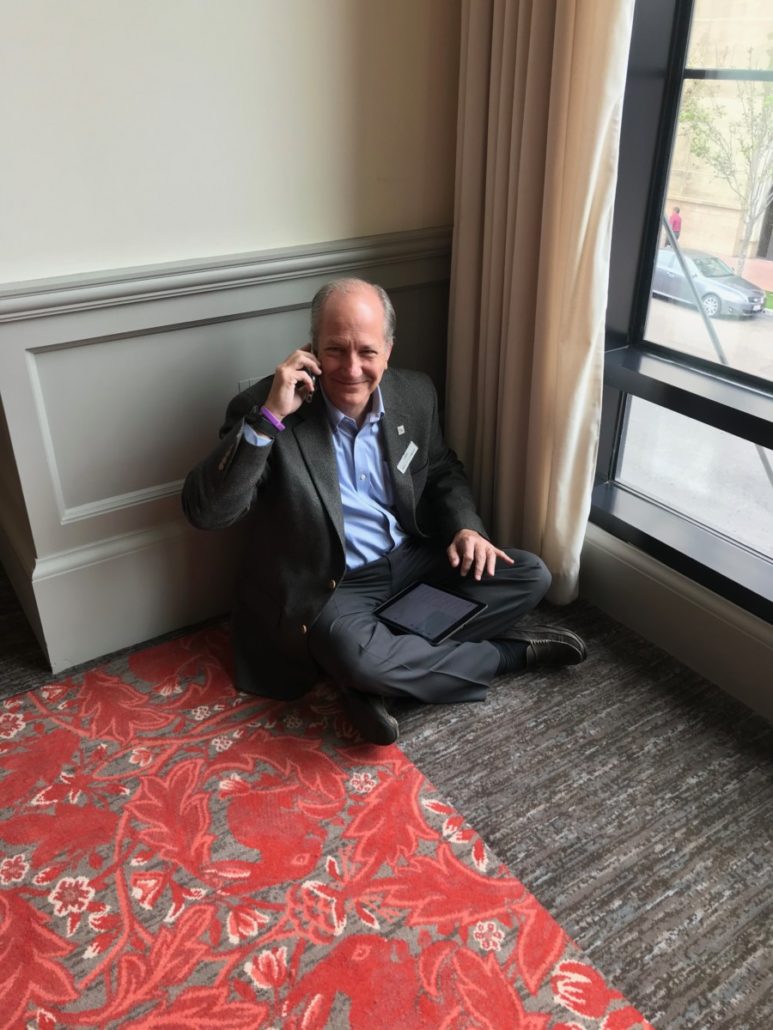 John O’Callahan, head of the Atlanta Neighborhood Development Partnership, grabs a spot to get some work done (Photo by Maria Saporta) 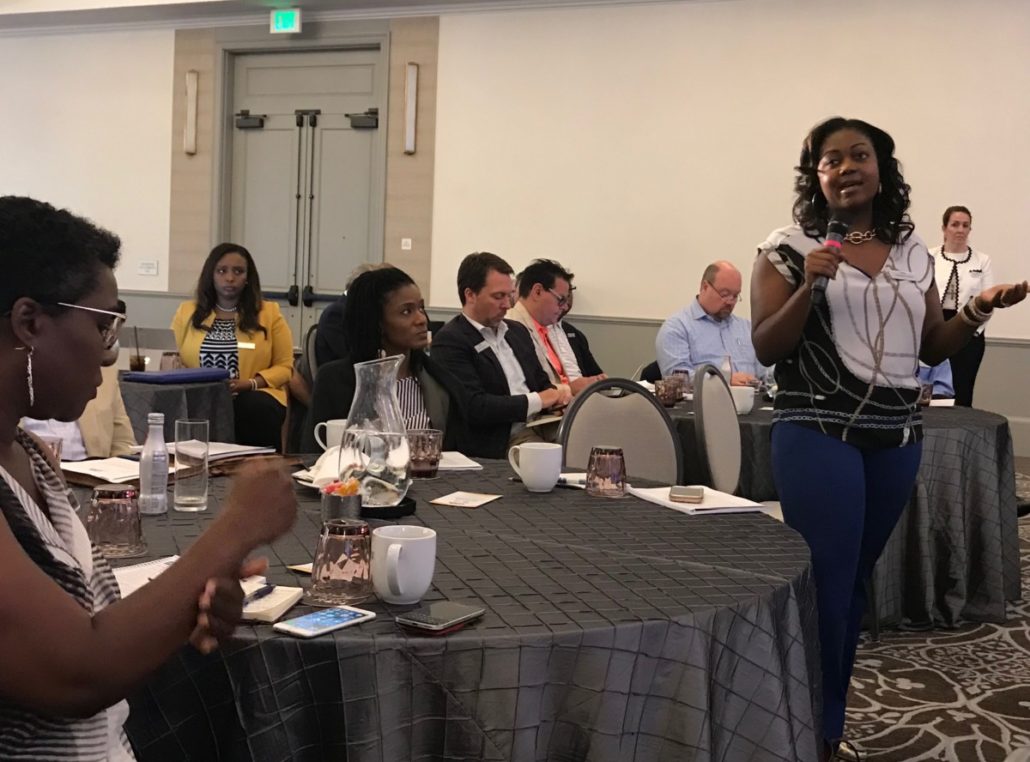 LaKeitha Carlos, chief of staff of DeKalb County, asks a question during a panel (Photo by Maria Saporta) 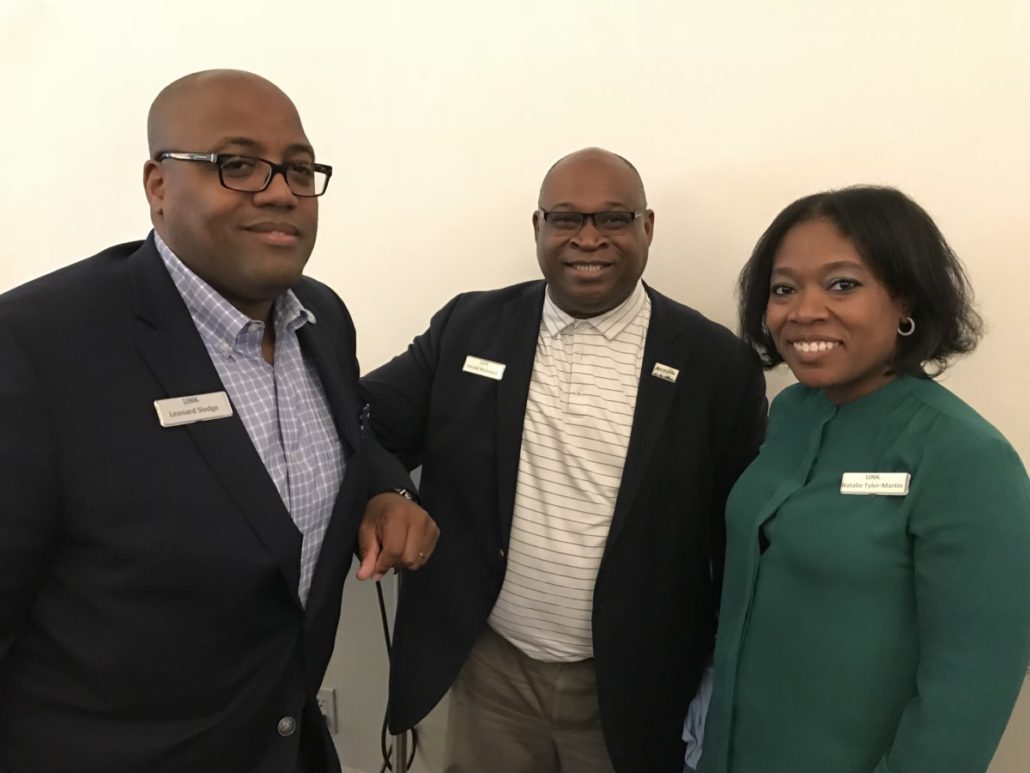 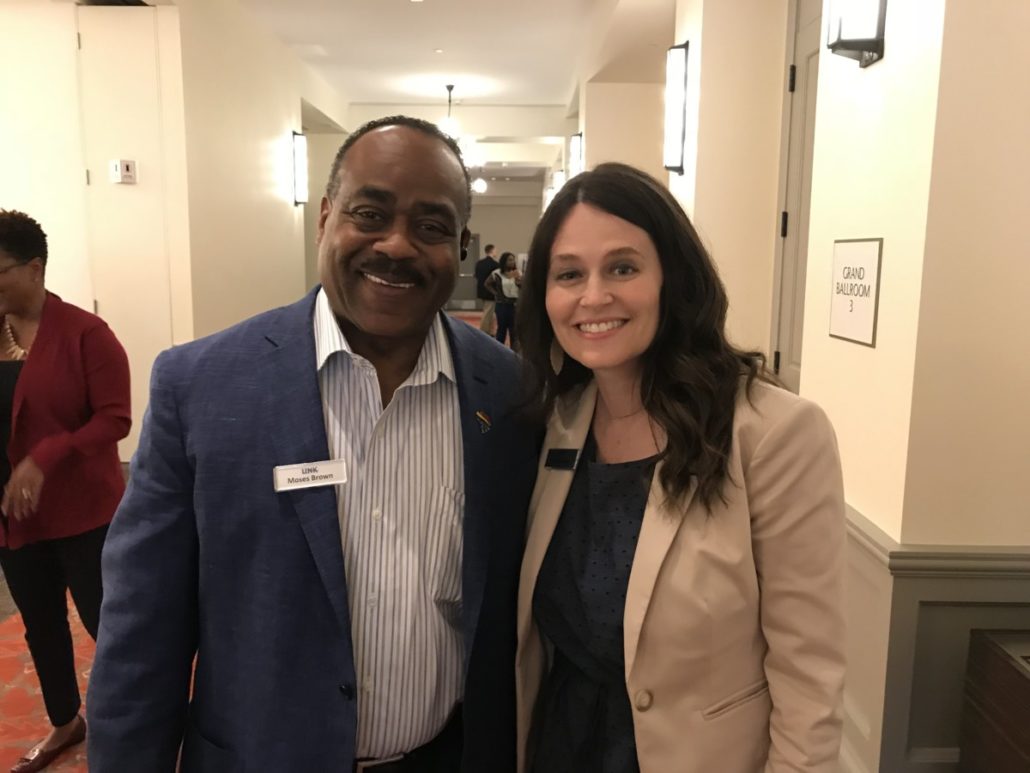 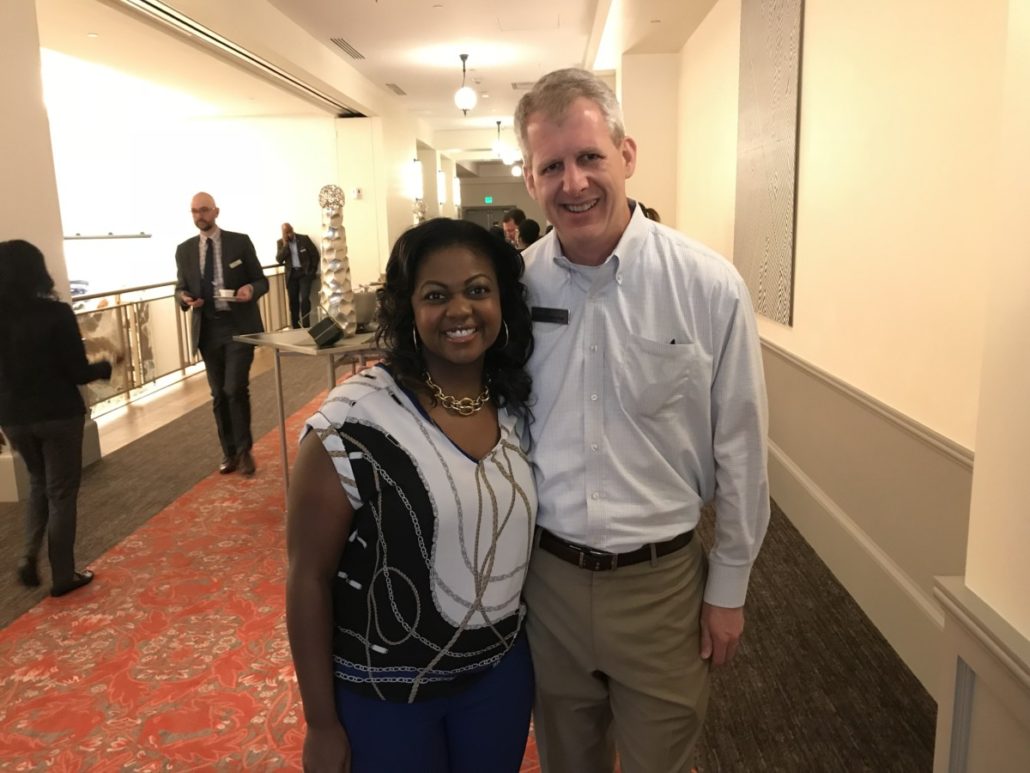 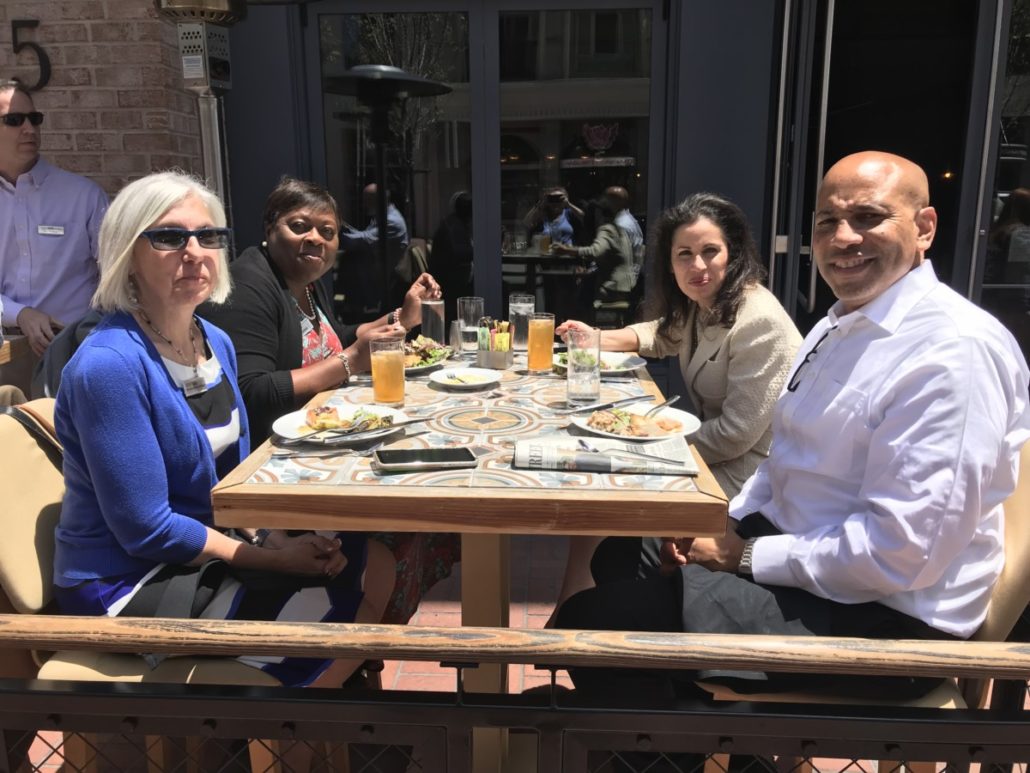 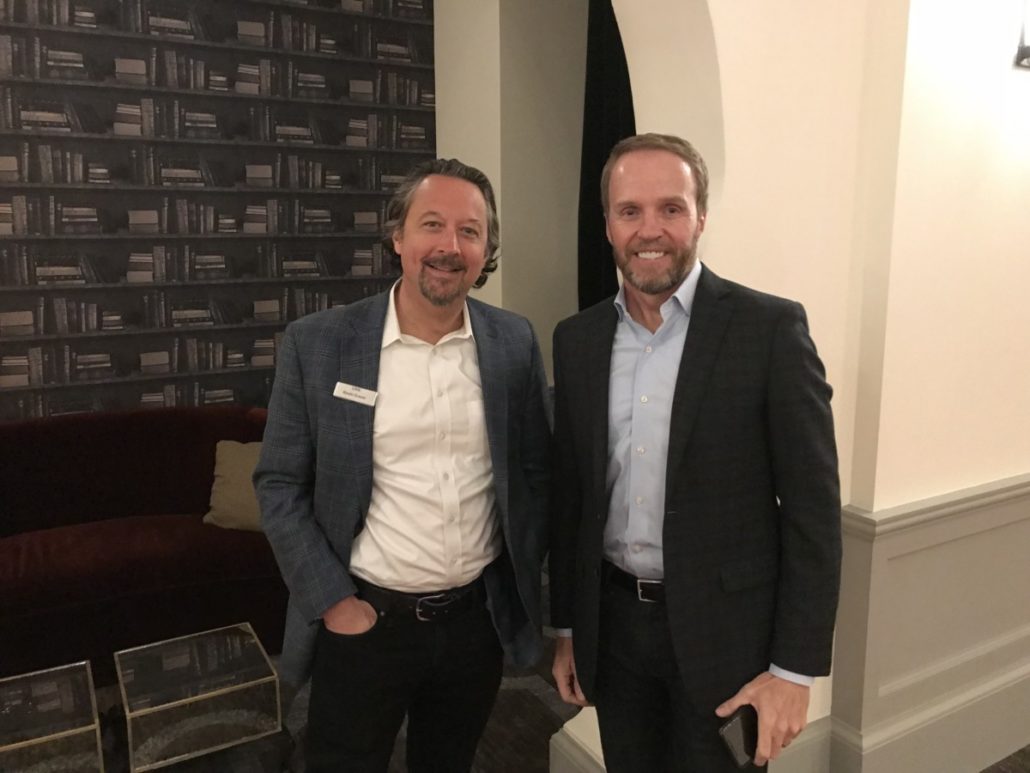 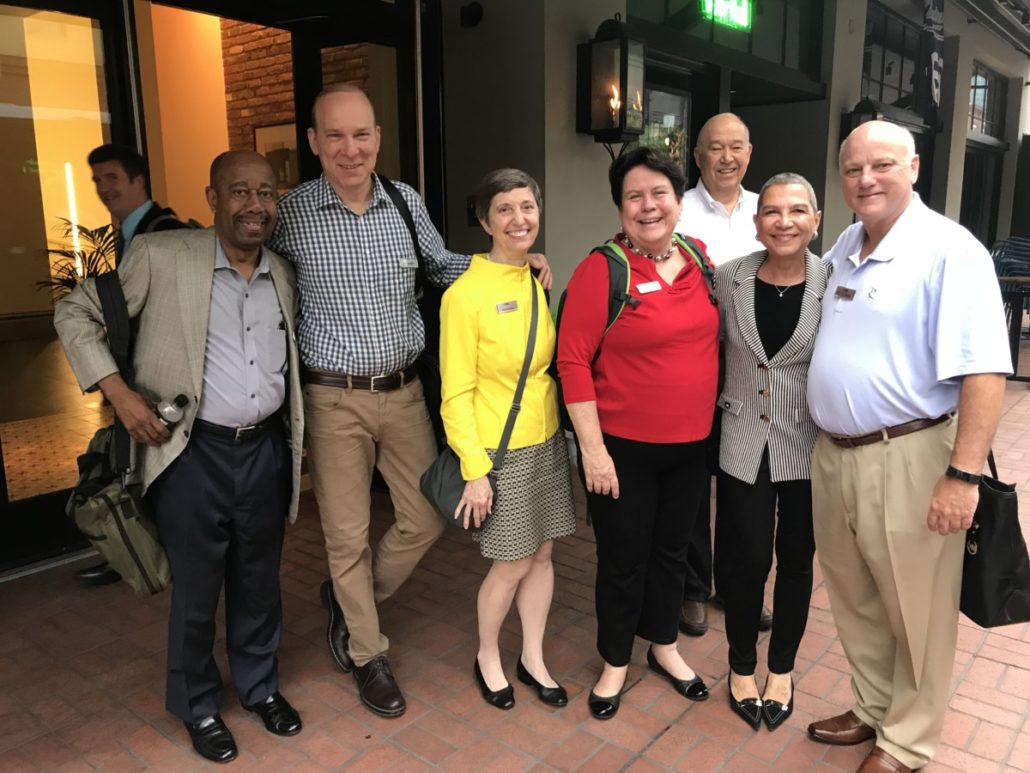 Atlanta councilmember’s donation from council account to serve homeless, hungry
David Pendered February 14, 2019 10:01 pm
Caring for the vulnerable in our region of abundance
wpengine November 19, 2018 9:42 am

Atlanta councilmember’s donation from council account to serve homeless, hungry
Caring for the vulnerable in our region of abundance