The board of Literacy Action, an Atlanta-based nonprofit founded in 1968 of provide adult literacy education, has selected Sandeep Gill to be its new executive director.

Most recently, Gill served as the workforce program director with Workforce Economics, where she influenced transformational policy initiatives at the federal, state, regional, and local levels.

Gill began her career with DeKalb County Government in Workforce Development where she strategically streamlined business development processes and supported over 500 organizations with their human capital objectives. She has nearly 15 years leadership experience in the field. 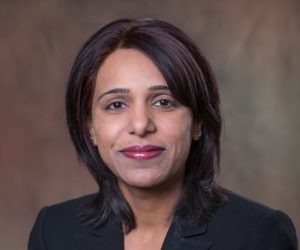 In an interview Friday afternoon, Literacy Action’s board chair, Addison Meriwether, said Gill’s strengths coincide with the new focus of the nonprofit.

“About a year and a half ago, we engaged Ken Bernhardt to do a three-year strategic plan,” said Meriwether, who is executive director of Cushman & Wakefield. “He did a fantastic job. The plan aimed to shift Literacy Action to building a strong partnership model in the community.”

The idea was to partner with workforce development organizations like Westside Works and Goodwill of North Georgia to provide adult literacy training.

The executive director at the time, Kerry McArdle, stepped down because Literacy Action was moving in a different direction. (She is now philanthropy officer for the Earth University Foundation).

Literacy Action then selected Val Porter Cook about a year ago to serve as the interim executive director.

“Val took that on – how do we better insert ourselves in the community and be a true partner in workforce development,” said Meriwether, adding that with unemployment skyrocketing, this is a critical time to train workers.

Some of the workforce agencies have found that about half of the people who come to them are not able to read at a 5th to 8th grade level.

“Our goal is to break the cycle of poverty through education,” Meriwether said. “I personally believe in creating a sustainable model – to help people get jobs and get more income.”

Cook’s company – Blaze – also conducted the search for a new executive director. She will stay on in a consulting role to work with Gill, whose first day on the job was April 20. 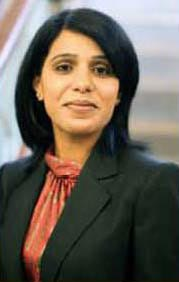 “It is an incredible honor for me to lead and serve this great organization,” Gill said in a statement. “While we have seen great success, we are always motivated to do more. Millions of people have applied for unemployment insurance which is an indicator of what is coming our way. More people will need our help in reengaging with the workforce, gaining new skill sets, and much more.”
Blake McDaniel, the incoming chair for Literacy Action, chaired the search committee.

“As Literacy Action moves its strategy from a plan to real action, we need a leader who has a demonstrable track record of implementation and success,” said McDaniel, who is the business liaison for the Federal Reserve Bank of Atlanta.

“We found that leader in Sandeep.”

In her new role, Gill will provide vision and leadership for Literacy Action – overseeing the nonprofit’s strategic implementation and expanded mission.

With almost fifteen years of leadership experience, Sandeep specializes in driving innovation. She is passionate about the future of the workforce system and recognizes the future is tied directly to the quality of our workforce.

Most recently, Sandeep served as the Workforce Program Director with Workforce Economics, where she influenced transformational policy initiatives at the federal, state, regional, and local levels.

Gill attained her undergraduate degree in hospitality management from University of West London, United Kingdom, and a Master of Business Administration (MBA) degree from the University of Phoenix, British Columbia, Canada.

Her appointment culminates a six-month national search that reached over 300 potential candidates.