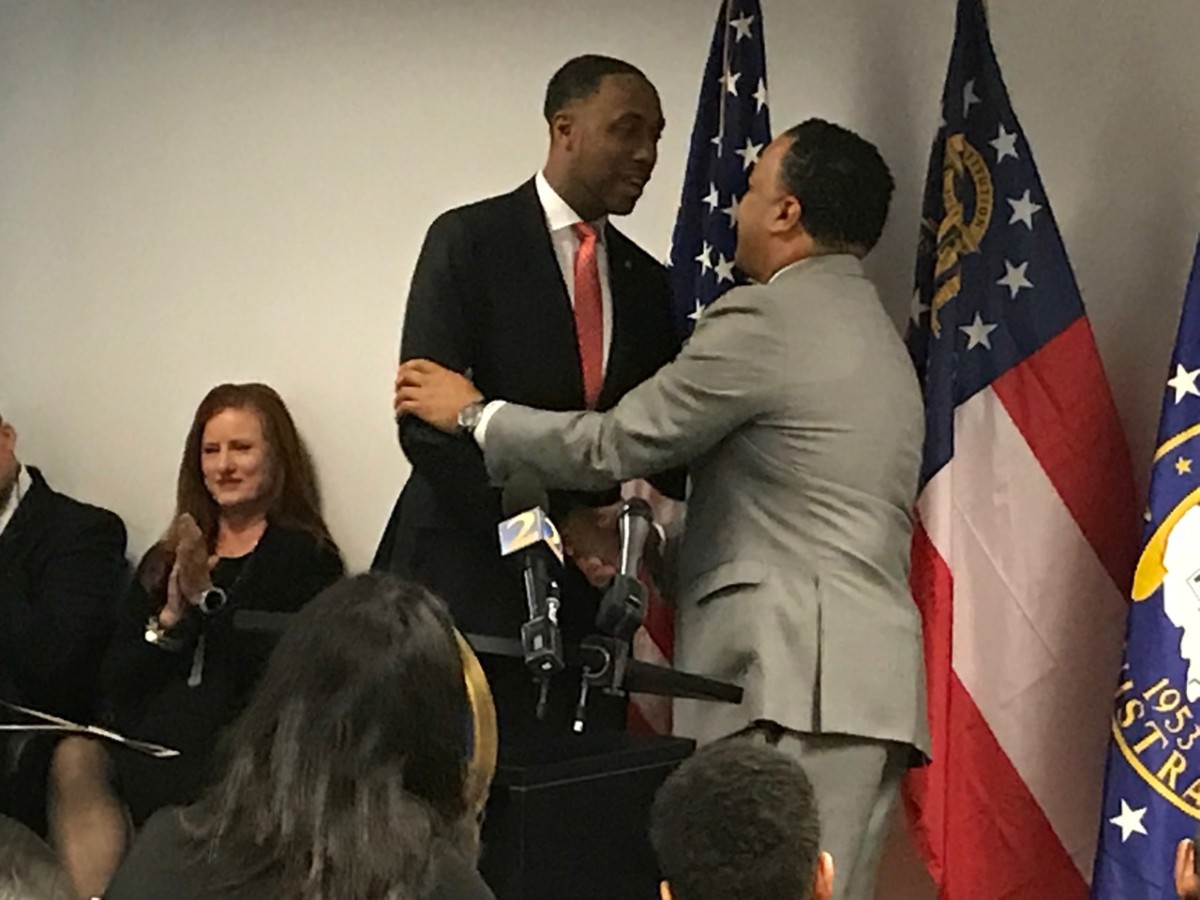 For Ashley Bell, the world has totally changed in the past month.

Bell, the regional administrator for the U.S. Small Business Administration, now finds himself in the bullseye in the fight to maintain the economic health of small businesses and nonprofits in the Southeast and beyond.

He’s conducted numerous webinars to let people know how to access forgivable SBA loans as well as how to apply for the Paycheck Protection Program. On Tuesday, he did a conference call with Rev. Jesse Jackson and clergy from around the country. On Wednesday morning, he was giving advice to Bernice King, CEO of the King Center.

“It’s been humbling in the sense that the SBA’s role has expanded to not only help our small businesses that have been ravaged by the pandemic, but also nonprofits and places of worship,” Bell said in an extensive telephone interview Wednesday. “It’s people’s lives. It’s the preservation of our culture and our way of life. It’s a totally different role now.” 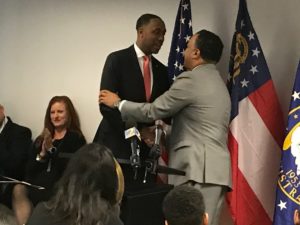 Bell, who was appointed to post two years ago, is relishing being in a position where he can help businesses, nonprofits and individuals weather the disruption caused by the COVID-19 pandemic.

Saying there’s so much information to digest, Bell emphasized that it’s important for the SBA to provide a clear voice to let people know how they can access federal funds available to businesses and nonprofits during this extraordinary period of time.

“It’s an incredible responsibility, but it’s one I’ve asked God for strength and patience to make sure we give full attention to every call that comes our way,” Bell said. “In Georgia, we were fortunate. Georgia was one of the first states to be declared a disaster area.”

Bell was in touch with Gov. Brian Kemp on Friday March 13, explaining how important it would be to get Georgia declared a disaster area as soon as possible.

Over that weekend, the state worked with every county in Georgia to be able to prove they had been adversely impacted by the COVID-19 virus.

When the federal government declared shortly thereafter that Georgia was a disaster area, it gave the state’s small businesses and nonprofit the opportunity to apply for up to a $10,000 forgivable loan – money they could receive within 72 hours. Nonprofits can receive a $10,000 loan at a super low 2.75 percent interest rate.

“The first loan in my region was in Georgia,” Bell said. “Georgia businesses and nonprofits were able to apply early.”

In fact, the response was so great that the SBA website crashed. That’s all we have right now.

“But we’ve been nimble and brought in the private sector to get it up and running,” Bell said of bringing in Rocket Mortgage. “It’s drastically improved the usability. As of today, we have processed and approved more than one million loans nationwide.”

For people seeking those loans, Bell advised going to the SBA website.

Again, entities in Georgia are fortunate because the SBA Disaster Office for the Eastern United States is based in Atlanta, possibly making it easier to access information.

Although the disaster office is independent from the regional office, Bell said he has a close working relationship because the Southeast region has the most shoreline – areas that are subject to natural disasters – especially hurricanes and tornadoes.

But this disaster has been totally different. It’s not limited to a geographic area, and it’s an ongoing disaster, unlike a hurricane.

“Our job is to give businesses as much in resources as we can,” Bell said of the $350 billion has been allocated to businesses and nonprofits.

In a few days, small businesses also will be able to seek funding through the federal Paycheck Protection Program. That will enable employers to continue paying their employees through this period.

For those funds, Bell advised small businesses to work with an SBA-approved lender or bank.

“It’s meant to cover your payroll for eight weeks – if you can show your lender that you’ve been diligent of keeping employees on payroll,” Bell said. “There’s no way that the SBA could deliver all these loans. It’s important we can use the private banking system to help. The SBA has cut a lot of the red tape to allow all the decision-making to happen at the bank level.”

Looking back over the past several weeks, Bell became reflective.

“I love my job. It’s the most humbling and challenging experience I’ve had,” he said. “You know you’re helping people and you’re making a difference.”

He then added that he feels fortunate to live in Georgia (Gainesville) where the governor acted so quickly. He still commutes to his downtown Atlanta office, and he’s the only one who isn’t teleworking.

“It’s definitely mission-driven energy I have right now,” Bell said. “If you are someone who likes helping people, it really pumps up your adrenalin. We are all in this together. There’s a shared experience right now as we are trying to save our businesses. It’s a great opportunity for the state and the country.”

The Economic Injury Disaster Loan Guide is available at: uschamber.com/eidl.

The Employee Retention Tax Credit Guide is available at: uschamber.com/ertc.

The Small Business Emergency Loan Guide is available at: uschamber.com/sbloans.

A Spanish language version of the guide is at: uschamber.com/sbloansESP.