Scandal stalks organizations revered by the left and the right 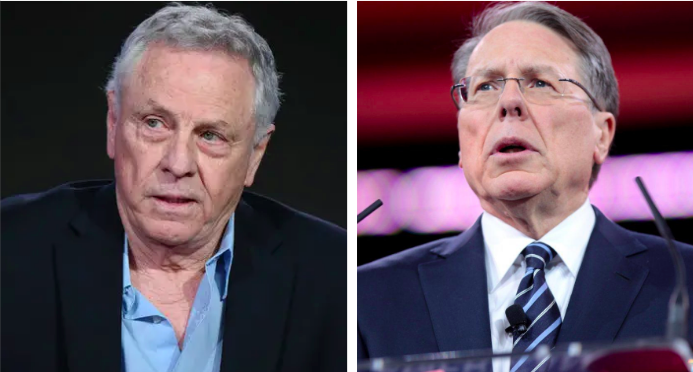 What do the Southern Poverty Law Center and the National Rifle Association have in common? More, it turns out, than these groups’ leaders and supporters would care to admit.

For decades, the SPLC and the NRA have enjoyed a special status, respectively, on the left and right of American political opinion. Among all the groups that line up along that axis, they stood out, to their contributors, as not only right-minded but necessary.

In recent months, scandal has threatened the survival of both organizations, and in both, women with deep Atlanta connections have been thrust unexpectedly into key leadership roles.

If money is not the root of all the problems afflicting the two organizations, at the very least it has been the mulch and fertilizer.

Morris Dees, the co-founder of the SPLC, made his first big stake as a student at the University of Alabama by mailing every parent in the student directory an offer to provide a fresh-baked cake on the student’s birthday. His partner in that dorm room enterprise, Millard Fuller, would in later years found Habitat for Humanity.

Dees became one of the founding fathers of direct-mail political advertising. In 1971 he sold his interest in the cookbook publishing company he and Fuller built after college and co-founded the SPLC with Joe Levin and Julian Bond. With great success, he applied the same methods he honed as finance director for George McGovern and Jimmy Carter.

“My goal in any kind of fundraising, whether it’s for the Southern Poverty Law Center, or for any organization, the National Rifle Association — whoever, is to get names of people who’ve already given to you in a pool as quick as you can,” Dees once said.

Over the years, questions came up about where all the money was going, and rumors of racial and gender discrimination, in an organization pledged to combat both. The Montgomery Advertiser was a Pulitzer finalist for its 1994 investigation of SPLC’s finances and office culture.

But the SPLC, like the NRA, got results. It established itself as the nation’s foremost watchdog of hate groups, sued the Ku Klux Klan into bankruptcy and became an umbrella for progressive groups which prospered from its largesse. It could always depend on high-profile defenders when the attacks came from outside.

The fall, finally, came from within. In March the 82-year-old Dees was fired with little explanation, and SPLC president Richard Cohen resigned several days later. Tina Tchen, former chief of staff to Michelle Obama, was brought in to do a thorough assessment of SPLC’s office culture.

Karen Baynes-Dunning, a former Fulton County juvenile court judge who is also the federal court-appointed monitor overseeing reforms at the Georgia Department of Family and Children’s Services, has been appointed interim president of the organization.

“The question isn’t what went wrong at the SPLC; it is why it took so long for the rest of the country to learn what local reporters already knew,” Jim Tharpe, who oversaw publication of the 1994 series as the Advertiser’s managing editor, wrote in a recent Washington Post column.

The NRA’s problems have also bubbled up from within, escalating quickly from complaints by NRA board members about the recent tone of the organization’s messaging to a law suit against Ackerman McQueen, the group’s long-time ad agency and the ousting of the NRA’s recently installed president, Oliver North, after a very public dispute with NRA CEO Wayne LaPierre.

The NRA is famed for its political clout and the loyalty of its dues-paying members. But if you could buy and sell non-profits like a stock — a cynical thought, I know — you’d probably be smarter buying shares in the SPLC, based on its assets, expenses and growth potential. The SPLC has more than $450 million in assets, including some $70 million parked offshore. The NRA is in the red at least $11 million, is losing membership, and spending, according to a leaked memo written by North and NRA vice president Richard Childress, “at mind-boggling speed.”

Actually, that was not a description of the NRA’s overall spending, including lavish personal allowances for LaPierre and others, but just of the $97,000-plus a day which the NRA is spending on a single lawyer.

North’s replacement is Carolyn Meadows, a former Republican national committeewoman from Cobb County who is old-school NRA and a LaPierre loyalist. She made a quick apology after asserting in a Marietta Daily Journal article that U.S. Rep. Lucy McBath’s election was about her being a minority female, and not her position on gun control. a comment which immediately became material for the sort of liberal fundraising pitch that Morris Dees perfected.

Meadows was back in the news after last week’s leaked memo, saying the NRA board has full confidence in LaPierre. For Meadows and Baynes-Dunning, restoring full confidence in the organizations they lead will be a long-term project.

Previous Article
Not everyone shared his enthusiasm
Next Article
What’s Next for Georgia’s Trails, Parks and Public Lands?