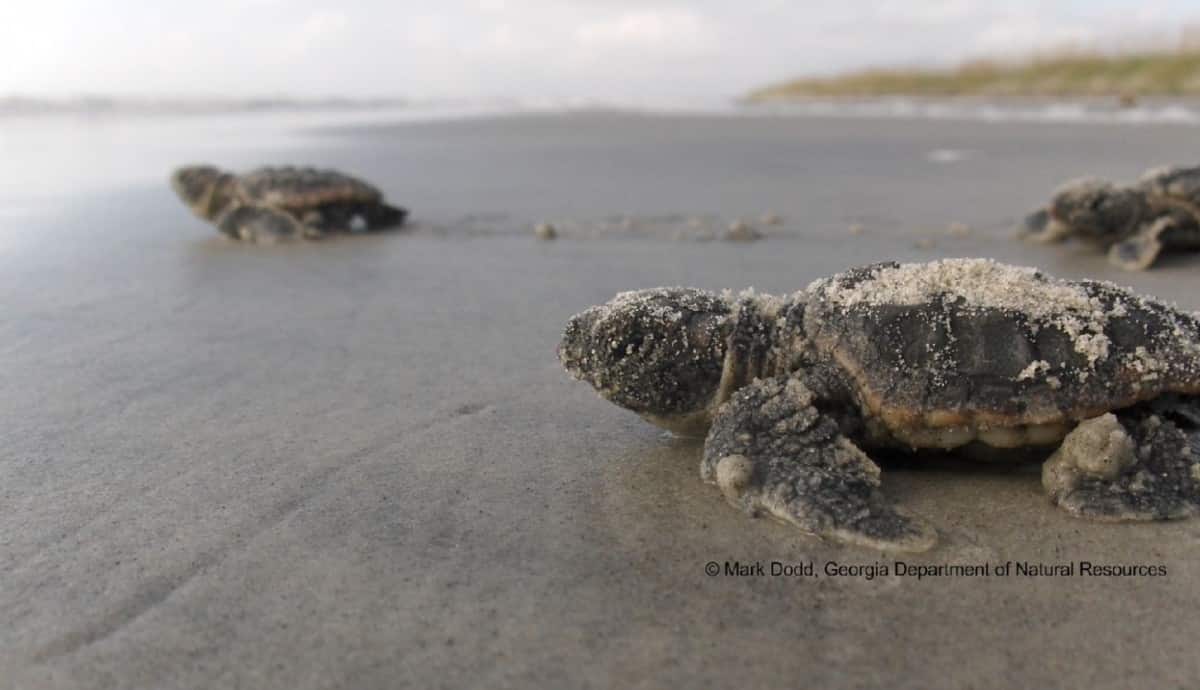 Sea turtles have begun their annual arrival on the coast of Georgia and South Carolina. Georgia officials don’t expect a repeat of the record number of loggerheads recorded in 2016, but still expect a higher-than-average number.

Loggerheads are the state’s primary marine turtle. They are considered a threatened species off the Georgia coast, under the federal Endangered Species Act. Their return to Georgia’s beaches has become an annual cause of celebration.

“It’s an annual ritual, part of spring on the coast in Georgia,” Mark Dodd, who coordinates the sea turtle program for the Georgia Department of Natural Resources, said in a statement. “Everybody’s excited.”

Georgia’s first loggerhead nest of 2017 was observed Monday on Cumberland Island. Cumberland is Georgia’s southernmost barrier island, which would suggest the turtles are just beginning to arrive in this region of the Atlantic Ocean.

In neighboring South Carolina, the first sea turtle nest of the season was spotted Sunday on Isle of Palms.

“We have never had an April nest before and were quite surprised when Bill Schupp called and said that there were tracks near the 56th Avenue access path,” longtime volunteer Barb Bergwerf wrote in a statement issued by the South Carolina DNR.

The nest turned out to be the first reported not just in South Carolina, but in Georgia and North Carolina, too, according to the statement.

Florida wildlife officials reported the first sightings of sea turtle nests. Two nests were spotted Sunday and one on Monday, according to a statement from Mote Marine Laboratory. All three nests were found in Venice, located on the west side of the Florida peninsula about 15 miles south of Sarasota.

“We started hearing reports of nests along southern parts of our coast last week, so we were expecting our first local nest, and we hope this nest will be the start of another successful nesting season,” Kristen Mazzarella, senior biologist with Mote’s Sea Turtle Conservation and Research Program, said in a statement.

Georgia recorded 3,289 loggerhead nests in 2016, according to the statement from Georgia DNR. That marked a record high since comprehensive surveys began in 1989. It surpassed for the first time a recovery benchmark of 2,800 nests in the state and bolstered analysis that shows nesting increasing about 3 percent a year here. Nesting in Florida and the Carolinas is also trending upward.

According to DNR’s statement: 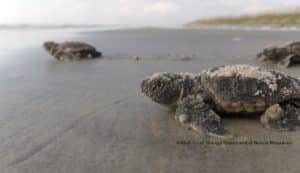 DNR recommends that folks do all they can to protect sea turtle nests. Measures include: