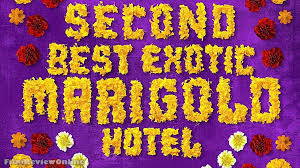 That said, it’s not half bad.  And it knows its target audience inside out, something more movies should aspire to.

The first “Marigold” gathered together a group of British, um, seniors and sent them off to India where they all discovered a new passion for life.  That these seniors included some of the best actors on earth turned a small-scale charmer from meh to memorable. 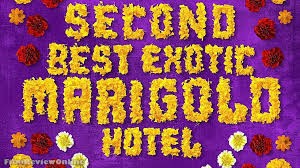 That was back in 2012.  Time to check in again — or so figured director John Madden (“Shakespeare in Love”).  Happily, pretty much the whole gang has returned: Judi Dench, Maggie Smith, Bill Nighy, and a few other top-flight, lesser-knowns.

Decidedly not lesser known is the new addition, Richard Gere, who arrives in Jaipur claiming he’s a novelist.  But is he?

Actually, is he or isn’t he? doesn’t much matter. Plot — and there are myriad strands — isn’t the picture’s strong point. Rather, “Marigold” asks us to simply sit back and enjoy being in the presence of its A-list ensemble. A brief chat between Dench and Smith is well worth the price of a ticket. 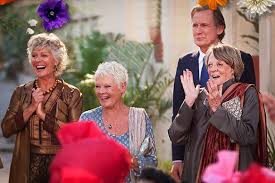 There is, however, a major stumbling block.  The hotel’s ambitious young proprietor (Dev Patel) is more central here. Not only is he trying to expand his empire (hence the title), but he’s about to get married. The wedding pretty much provides the movie’s spine, as well as some lovely celebratory scenes where everyone gets to swan around beautiful settings in their best togs.

But Patel — who was introduced to American audiences in “Slumdog Millionaire” — is something of an acquired taste.  Granted, very few actors could hold their own among this cast, but Patel seems more frenetic, more, well, Jerry Lewis-ish than before — as if he knows this franchise is his big shot at a Hollywood career.  The more he does, the more we admire the masterful Brits who convey everything we need to know with the mere lift of an eyebrow.

“Marigold” is not ground breaking or cutting-edge.  Nor does it mean to be.  Rather, it’s comfortable, well-made and self-assured. Another sequel may be in the cards, depending on how well this one does. And there’s always the possibility of a sitcom.  “The Golden Girls” did pretty well in its heyday.