Editor’s Note: This is the first of four stories this week that look at topics and trends likely to appear on devices and news platforms in metro Atlanta in 2020.

Journalism that appears this year in metro Atlanta on screens small and large, on radio and in print, will inform and engage with elements that will be like fresh air to some readers – including more diversity in voices in stories, more podcasts, more visual stories, and more stories that percolate up from neighborhoods, according to a collection of predictions gathered by an affiliate of Harvard College. 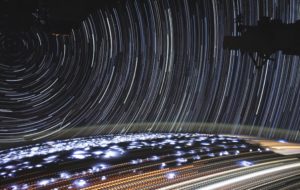 These thoughts on the future of journalism are gathered from journalists every year by NiemanLab, part of Harvard’s Nieman Foundation.

These reports tends to be trend setting, given the foundation’s heavyweight stature. As such, news stories created in the Atlanta area, and those from elsewhere, are likely to reflect some of the ideas captured by the NiemanLab’s Predictions for Journalism 2020.

The page says new predictions are added daily; they appear in no particular order.

The following collection is drawn directly from the predictions. Headlines are followed by the author’s bio statement and a few snippets from each column. The collection begins with the first entry on the page Monday morning:

The neutrality vs. objectivity game ends 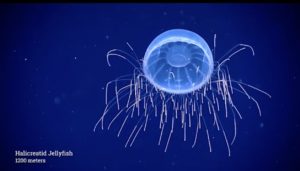 NOAA turns to vidcasts to tell the story of organisms that live deep beneath the water’s surface. This Halicreatid Jellyfish was recorded 1,200 meters deep in the water column in the Central Pacific Basin. Credit: oceanexplorer.noaa.gov

Get out of the office and talk to people

Alexandra Borchardt, senior research associate with the Reuters Institute for the Study of Journalism at the University of Oxford 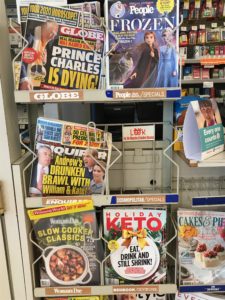 Magazines that once were profitable enough to warrant entire shelves at local pharmacies now take a fraction of the space and, this week, focus on the shenanigans of royals, weight loss, desert recipes, and movies. Credit: David Pendered

Previous Article
A-Town: Where We’ve Been and Where We’re Headed for 2020
Next Article
After delays, Atlanta Housing set to break ground on affordable apartments for seniors