Last Tuesday, one of my best friends, former Atlanta resident and the former director, CDC’s National Center for Environmental Health, Howard Frumkin, sent me a link to an essay that he posted on Medium.com. I found it so compelling that I asked Howie if I could share it within and among my different circles. He takes a look back to how the United States pulled itself up by the boot straps following the Great Depression, and how ponders how a similar strategy might work today as we begin to hopefully emerge slowly from the coronavirus. I urge you to read it.

A New Deal for Coronavirus Recovery

In the darkest days of the Great Depression, the U.S. unemployment rate was close to 25%. Fifteen million Americans were unemployed — roughly equivalent to 40 million in today’s population. Homelessness skyrocketed, soup kitchens couldn’t serve food fast enough, and despair was ubiquitous.

President Franklin Delano Roosevelt’s New Deal lighted a bold and innovative path out of the darkness. Employment programs were key pillars of the New Deal, especially the Civilian Conservation Corps (CCC), launched in 1933, and the Work Projects Administration (WPA), launched in 1935.

The CCC’s mission was conservation and improvement of public lands — erosion and flood control, tree planting, construction of wildlife refuges and fire towers, parks and campgrounds. As time went on, the CCC also helped with disaster response following floods and hurricanes. At its peak in 1935, the CCC employed over 500,000 men (women were not eligible) in over 2,500 camps around the country; by the time it closed in 1942 more than 2.5 million had served. CCC workers planted over three billion trees and bequeathed us hundreds of state and national parks, from the Florida Keys to Washington’s San Juan Islands, from Skyline Drive in the Shenandoah’s to Big Bend National Park along the Rio Grande.

The WPA was an even more ambitious program. Its mission was the nation’s infrastructure: roads and bridges, tunnels and dams, schools and libraries, fairgrounds and playgrounds. The WPA built the Presidential retreat at Camp David, New York’s La Guardia Airport, San Antonio’s River Walk. Peak employment reached 3 million, and 8.5 million men and women served over the life of the program. There were even programs to employ artists, actors, musicians and writers; beneficiaries ranged from Saul Bellow to Zora Neale Hurston, Ralph Ellison to Studs Terkel, Orson Welles to Burt Lancaster, Jackson Pollock to Mark Rothko — not to mention the countless Americans who have been inspired by this artistic legacy.

The CCC and WPA were not perfect. There was grievous racial discrimination. There was some patronage and there were some pork barrel projects. But in general, they were well administered, and free of major corruption or scandal. They left a priceless endowment of infrastructure, they employed millions at a time of need, and they taught vocational and social skills. They left lasting bonds among those who participated, and they demonstrated what we can do as a nation when we pull together.

Fast forward. Today, the national unemployment rate sits between 15 and 20 percent, rivaling that of the Great Depression. We need to employ vast numbers of people, quickly.

The nation also has an enormous need for work to be done — public health work, infrastructure work, modernization.

Why not revive the great idea that helped get us through the Great Depression?

Imagine a National Recovery Corps, employing millions of Americans. Here’s what it might do:

Can we afford this? If we match the scale of the CCC and the WPA combined, peak employment might reach 10 million people. At the base pay of an Army Private First Class, about $25,000, a payroll of 10 million would run to $250 billion annually. (If we committed to a $15/hour wage, that cost would rise to $300 billion.) This is a bit more than 10% of the cost of the Coronavirus Aid, Relief, and Economic Security (CARES) Act.

Of course, there would be other costs, such as the materials and supplies needed for the infrastructure work. A further cost would be highly worthwhile: forgiving college loans in exchange for service in the National Recovery Corps or providing scholarships for those who would like to attend college after their service — a G.I. Bill for our times. But even if these investments doubled the overall program staffing cost, it would still be well within what we are spending for our recovery from the current economic crisis.

Here’s what the National Recovery Corps would yield: A rapid huge boost in employment. Newly acquired job skills for millions. Public health capacity to see us safely through coronavirus. Widespread upgrades to our nation’s infrastructure. A 21st-century energy economy. Higher education for millions. A sense of solidarity and civic participation. And proof that we Americans can pull together and prevail at a time of crisis — and all the hope and optimism that would reinforce.

Does this sound pie-in-the-sky? So did FDR’s New Deal, at least to some. Opponents claimed that the CCC, the WPA, and other New Deal agencies would be too costly, that the private sector could do better, that such ambitious programs were boondoggles. But these programs worked — spectacularly.

It’s not every day that history offers such bounteous lessons. Let’s heed them. 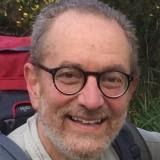 An Investment in Safety and Security is Stronger Now