The average “mom and pop” shop in metro Atlanta is bringing in a lot less money than before the recession, according to a saportareport.com analysis of statistics newly released by the Census Bureau. 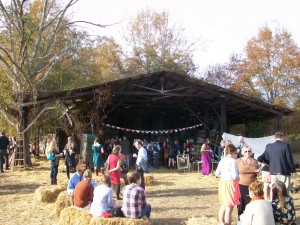 A new Census report shows “mom and pop” businesses, such as wedding caterers, are regaining a smidgeon of revenues they lost during the recession. Credit: David Pendered

The numbers come as no surprise to Bob Gemmell, a serial tech entrepreneur from Georgia Tech who now directs the Herman J. Russell Sr. Center for Entrepreneurship at Georgia State University: “A good bit of this is because of the recession.”

Gemmell contends that people hang out a shingle for two basic reasons: To earn money when their corporate opportunities pale; or because they are convinced they’ve built a better mousetrap.

The first reason seems to fit a good number of former corporate workers.

As Atlanta area companies shed jobs during the recession, former employees who couldn’t land a job back in corporate America decided to strike out on their own. They may not have been pure entrepreneurs, but they weren’t willing or financially able to stop working. Their focus was more to create jobs for self and family than to change the game.

“There are different kinds of entrepreneurship,” Gemmell said.

“Some entrepreneurship is to create work for yourself, and maybe a few family members – people do that because there isn’t the big office building down the street hiring everyone,” Gemmell said. “Then, there are the folks who are trying to drive hyper-growth and innovation.” 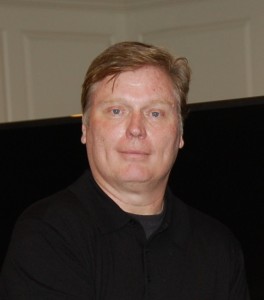 Whatever the reason, 52,832 “mom and pop” firms were created in metro Atlanta between 2007 and 2012, according to the Census statistics on nonemployer businesses. The figures were released April 24.

Admittedly, this number of new firms is significantly smaller than the increase of 138,199 small firms reported during the previous five-year period, the analysis showed. However, Gemmell observed that metro Atlanta was a magnet for up-and-comers before the recession, and this phenomenon contributed to the growth of small firms during the region’s go-go years.

“Atlanta had one incredible boom in population, and that created opportunities in the service economy, in restaurants, in retail shops,” Gemmell said. “That’s not the case anymore.”

Incidentally, these dollar figures are not adjusted for inflation. Other footnotes to note include the expansion of metro Atlanta since 2002, according to the Census definition. In addition, the Census amended its methodology in 2009. 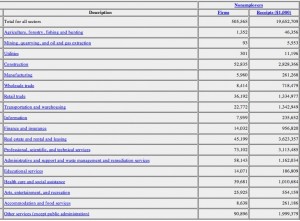 Click on the image for a larger version. Metro Atlanta had just over 500,000 “mom and pop” businesses that brought in just over $19.6 billion in receipts in 2012, netting each small business less money than in past years. Credit: Census

A telling factor in the composition of the modern “mom and pop” is the self description of their work provided by these firms in 2012, compared to 2007. The new “mom and pops” reflect the steep declines evident in other job categories during the cutbacks of the recession, including construction workers, classroom teachers, and social workers.

On the other side of the equation, there’s notable decline in categories such as, “construction,” where both the numbers and the receipts plummeted, and “real estate rental and leasing,” where the number of firms dropped but total receipts stayed the course.

There is a glimmer of hope in the Census statistics for Georgia and portions of metro Atlanta: Receipts are trending upward, especially in Cobb and Gwinnett counties. Here’s the breakdown for the receipt percent increases in 2012 compared to 2011:

The figures are in step with those Gemmell said he hears from the folks with whom he talks. They’ve told him their business dropped by 30 percent during the depth of the recession, and has rebounded about half-way from that low point.

Gemmell said he doesn’t have a crystal ball to help interpret the present, let alone forecast the future. He describes himself as a Tech-trained engineer who’s making the transition from a serial entrepreneur to an academic. Since taking the position at the Russell center about three years ago, his focus has been the gathering and synthesizing of information that may help his students succeed.

That said, the vision of the future that Gemmell touched on is more rosy than bleak.

“It’s hard to cast this whole thing as one dynamic – we don’t have the data,” Gemmell said of the “mom and pop” business figures. “What I see is people who are not replicating the same business down the street. They are trying to do something to create growth and employment. … That’s the entrepreneurship we like to see, because it’s a job-creation engine.”

Previous Article
Gay marriage in Georgia? Not if, but when, forum participants say
Next Article
As the solar energy business grows, it needs a bite of that Apple