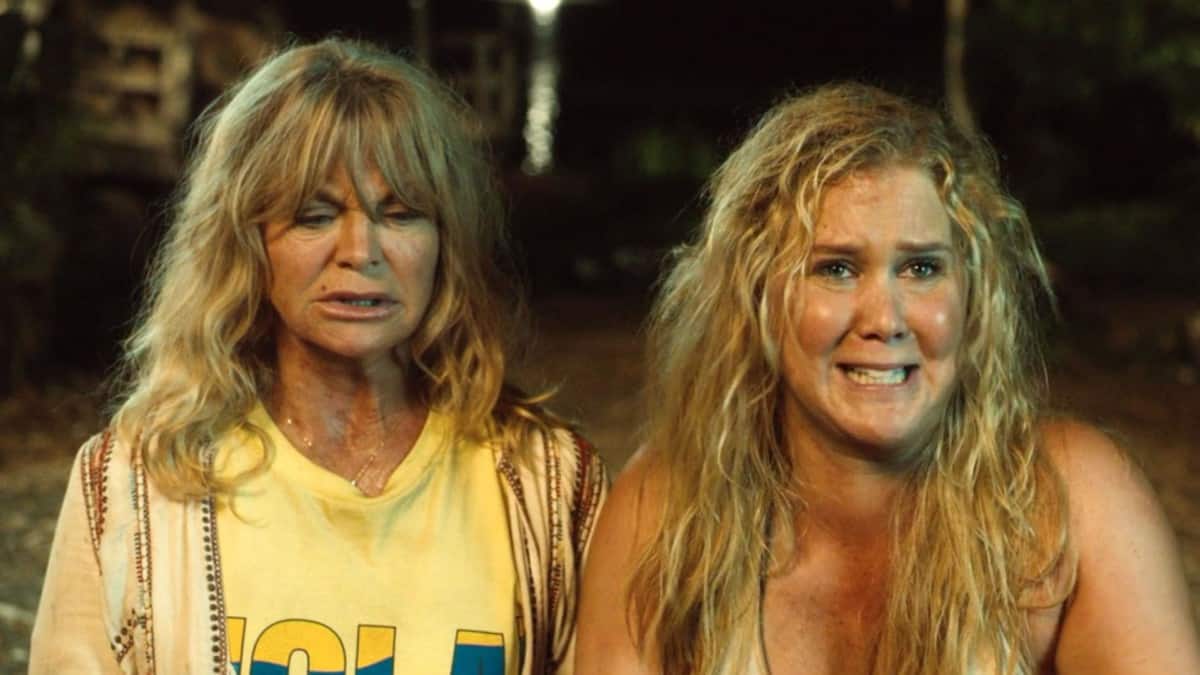 Share
Tweet
Share
Pin
Pocket
WhatsApp
Buffer
Email
Reddit
0 Shares
By Eleanor Ringel
Before “Snatched” begins, its stars, Amy Schumer and Goldie Hawn, appear together on-screen and thank us for coming to an actual theater to see their movie: “So many people worked on this and you chose the best way to see it!”
By the time “Snatched” is over, you may not feel like saying “Thanks” back. You may feel more like saying, “Why???”
Why indeed? 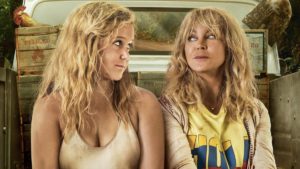 A scene from “Snatched” with Amy Schumer and Goldie Hawn

“Snatched” is based on the killer comedy concept that a mother and daughter kidnapped while on vacation is a real side-splitter. I mean, what’s funnier than seeing two women tied up in the trunk of a car?
Okay, I may be taking all this too seriously.  After all, classic comedies have been based on far more unsavory premises (Say, the Marx Brothers starting a war in “Duck Soup”).  But “Snatched” somehow never pulls itself together. It never establishes a consistent tone.  One minute, Schumer is shrieking about running through the jungle in her flip-flops; the next she’s killed a guy with a spear gun.
The movie begins hilariously.  Wandering through the racks in a clothing store, Emily (Schumer) chats up a woman she obviously doesn’t know. Which outfit, Emily wonders, says “beach fun!” while the woman looks confused and uncomfortable. (I’d say why, but this is a spoiler-free review.)
So far, so funny.  The next bit is almost as good. Emily’s rocker boyfriend (Randall Park) clumsily breaks up with her. She’s left with two non-refundable tickets to Ecuador and no one to go with.
Out of sheer desperation, she invites her mother, Linda (Hawn), the sort of worry-wart who hears about a crime in Delaware and calls Emily to warn her.
Emily lives in New York. 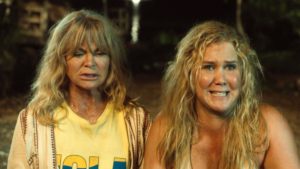 Once they arrive at their fancy resort, Linda remains on Code Red alert, repeatedly warning her daughter about befriending strangers. Which, of course, is exactly what Emily does when a handsome guy (Tom Bateman) shows up at the hotel bar.  The rest, as they say, is mostly in the movie’s coming attractions.
From  “Cactus Flower’ (not any good, but it won her an Oscar) to ”Private Benjamin” to “Overboard,” Hawn has demonstrated she has some of the best comic chops in Hollywood. But she’s given almost nothing to do except criticize her daughter and kvetch about everything else.
Schumer fares a bit better. “Snatched” gives her a chance to show she could still become a major movie presence. Sure, there were good things about “Trainwreck,” but it did seem only a few steps removed from her stand-up act.
“Snatched” is more interactive and, if nothing else, it shows that she can make other actors adjust to her comic rhythm.  That’s not always a good thing, but it is almost essential to becoming a movie star. 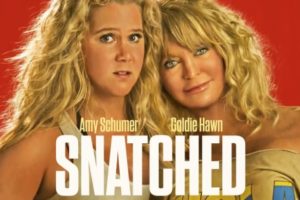 The worst thing about “Snatched” isn’t that it’s so disappointing. It’s that, when the picture fails to live up to box-office expectations, it’ll be another nail in the coffin for, as Variety so pithily puts it, “femme-centric” comedies.
In other words, don’t hold your breath waiting for the next Hollywood film focusing on females. (Plus, who wants to risk the toxic internet-troll tsunami that helped wipe out last summer’s “Ghostbusters” remake?)
Which may be one reason television is doing so well. Why watch a hamstrung Goldie Hawn when you can stay home and watch Tea Leoni, Kerry Washington and Julia Louis-Dreyfus?
Share
Tweet
Share
Pin
Pocket
WhatsApp
Buffer
Email
Reddit
0 Shares
Tags: