Snitches, riches and crime: No easy answers to questions in wired world

JaTawn Robinson is one of many parents fighting the cross-currents of modern culture as she rears her three young sons. Signs of the currents abound in metro Atlanta. 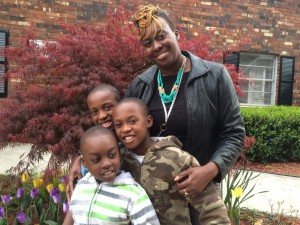 In her southwest Atlanta neighborhood, Robinson said, children learn from each other that it’s wrong to “snitch” on criminals.

This weekend in Buckhead, Macy’s Lenox Square is hosting the rapper Lil Wayne to promote a Trukfit clothing line. Wayne’s website depicts him smoking what the caption calls a “huge joint.” Wayne’s portrayal of gang culture – particularly the Bloods – prompted MTV and BET to ban from their airwaves the video he and the artist Game released in 2011.

Cross-currents that influence youngsters obviously don’t end there. And there are plenty of positive influences, as well.

Some may contend that none of this is really all that different from the challenges faced by James Dean in his  portrayal of a troubled teenager in the 1955 movie, “Rebel Without a Cause.” One classic line: “You’re tearing me apart.”

Two crime-fighting events last week in Atlanta underscored the cross-currents that factor into the persistent sense of the gangster lifestyle that overcasts some communities.

Police said some who live where gangs appear to be prevalent feel a sense of danger so pronounced that adults hesitate to talk publicly with authorities. That’s why tip lines are anonymous, said Atlanta homicide Capt. Paul Guerrucci.

Rapper Lil Wayne is making the cross-over from a rapper to an apparel icon. Credit: trukfit.com

In addition, the two events illustrated that public attention to crime remains high, even as statistics maintained by Atlanta police show the crime rate has fallen since 2009 – by 27 percent in the eight major crimes tracked U.S. law enforcement agencies.

The perception continues as the Atlanta Police Department adds to its ranks. On April 10, APD swore in 28 new officers who had completed the city’s 22-week training program and were headed to an additional 12 weeks of on-the-job training with veteran officers.

At one of the events last week, police canvassed a neighborhood in southwest Atlanta to ask residents for help in getting evidence in four murders this year that remain open investigations.

In one case, police have arrested four members of a Blood gang affiliate and want more information to make the case more solid. 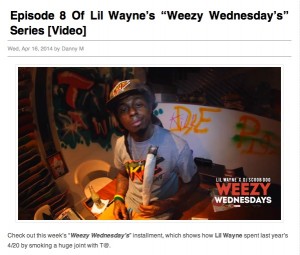 Guerrucci indicated the street rule against snitching is hampering the investigations. The captain said he has just one wish regarding murder investigations:

At the other event, Robinson asked her question about snitching to a panel that included Atlanta police Officer Marc House, of the gang unit; Metropolitan State College President Gary McGaha; a few reformed criminals who now run outreach programs; and James Ziegler, the operations manager of Shamrock Gardens apartments, who convened the event. Robinson works as a parent liaison at Atlanta’s Slater Elementary School.

House responded to Robinson with an answer that included Guerrucci’s wish, plus a dash of advice gleaned from his time in the gang unit: 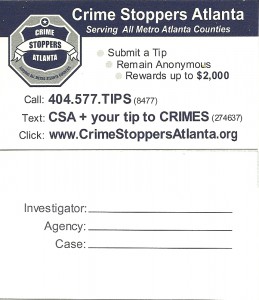 Atlanta police distribute cards advising of an anonymous hotline for callers who fear being identified as “snitches.” Credit: APD

The crowd of about 50 murmured support. Then an older woman who’d sat for nearly two hours on a folding chair, and who’s lived in Shamrock since the days it was a hotbed of criminal activity, cited one real-world reaction to her experience of following House’s advice.

The woman said she recently advised a young girl in the apartment complex to behave properly. The girl responded by cussing her out.

As shadows lengthened over the crowd at Shamrock Gardens, the discussion turned to whether the media plays a role in shaping teen behavior and contributing to the gangster image.

Ziegler said it does: “When I listened to NWA, I was an angry black man.”

On Monday, some websites buzzed with the news that Lil Wayne had died the day before Easter. Other websites said the account was untrue, and was about the 10th fake report of the rapper’s death.

What’s not fake is the nearly 2 billion views of a video by Psy. The South Korean rapper has capitalized on the big money lifestyle of the Gangnam District of Seoul, much as Lil Wayne has flaunted the wealth and mansions in his videos.

What is fake is a video of Psy performing with Lil Wayne through a mash-up of songs by Psy, Lil Wayne, LMFAO and Lil John.

The YouTube video has been seen more than 1.7 million times.