In 2015, the Buckhead CID was approached by some commercial property owners in the part of Buckhead that many people refer to as the “West Village.” This area is bounded by Paces Ferry Place, East Andrews, Roswell Road and Irby Avenue, along with properties on the east side of Roswell Road (see figure). These property owners were requesting to come into the Buckhead CID and tax themselves so that improvements could be made to enhance safety, aesthetics and walkability. 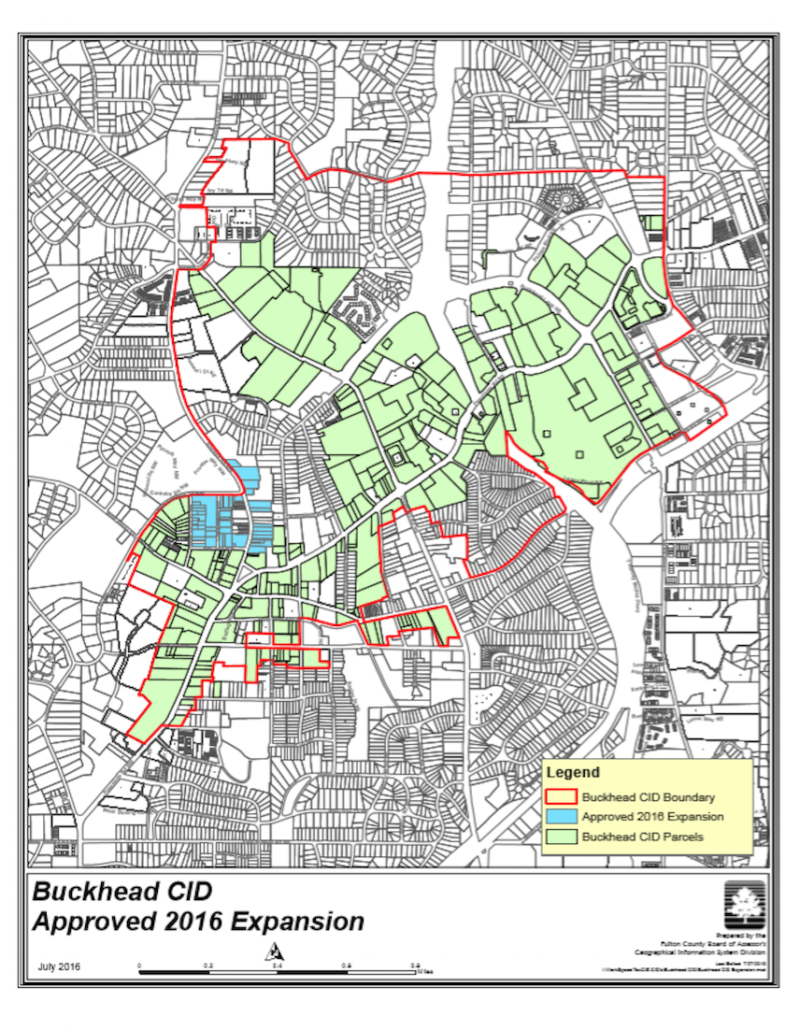 After an initial analysis of the opportunity was completed, The Buckhead CID board of directors unanimously approved the initiative to expand the CID into the West Village.

By late 2016, the Buckhead CID collected the approvals needed from those commercial property owners within the West Village area in order to officially expand the CID and for capital dollars to be spent on improvements in the area.

Fast forward to 2019, a plan for improvements in the area had been developed and vetted, and the Buckhead CID board of directors unanimously approved a commitment of up to $5 million to spend on much needed infrastructure improvements in the West Village area. These improvements would include sidewalks, streetscapes, repaving and repairing of roads and stormwater management infrastructure. The City of Atlanta and Georgia Department of Transportation (GDOT) also agreed to assist with addressing the increasingly problematic flooding in the area due to inadequate stormwater infrastructure along Roswell Road.

In early 2020, the Buckhead CID board of directors approved a contract with ASTRA Group, LLC, to start construction on those important and needed improvements. At the end of March, the CID will also approve the funds for the installation of four additional cameras in this same area that will be tied into the Atlanta Police Department’s Loudermilk Video Integration Center (VIC).

The CID is also working with GDOT to determine the justification of adding a traffic signal at the intersection of Irby Avenue and Roswell Road. Also, additional improvements are planned for Charlie Loudermilk Park, including plans to pursue programming in the park later this year.

Tie all of this together with Cousins’ plans for improvements around Buckhead Plaza I and II, Jamestown’s plans for what is now called The Shops at Buckhead Atlanta and the CID’s plans to work with GDOT to address safer pedestrian crossings on Peachtree Road, and we believe we have a nice recipe for enhanced livability in this important part of Buckhead.

Should We Take A Look Back for Answers to Today’s Problems? An Essay By My Friend and Atlanta Leader
Buckhead CID May 11, 2020 11:50 am