When a meteor slammed into Russia in February, the infrasound signals were captured by a listening station in Lilburn and analyzed by a Georgia Tech researcher. 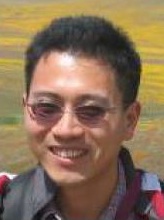 The signals from the meteor were compared to seismic signals associated with North Korea’s nuclear test in February, and an earthquake in Nevada.

If nothing else, the results speak to the sort of “gee whiz” research underway in metro Atlanta, much of it based out of Georgia Tech. The sounds of the meteor and two other events are now available on YouTube.

In the case of the meteor, the sounds were made audible to the human ear through the work of Zhigang Peng, an associate professor in geophysics at Georgia Tech.

“The sound started at about 10 hours after the explosion and lasted for another 10 hours in Georgia,” Peng said in a statement Tech released May 3.

Peng said the sound can be attributed to the meteor because the sound waves created by the meteor were recorded in succession at listening stations across the continental United States, in Alaska and at the poles.

“They are like tsunami waves induced by large earthquakes,” Peng said of the sound waves. “Their traveling speeds are similar, but the infrasound propagates in the atmosphere rather than in deep oceans.”

The sound was captured in Lilburn, some 6,000 miles away from the entry point and 10 hours after the meteor’s explosive entry into the atmosphere. The station is one of nearly 400 stations that are part of the USArray program.

This chart shows the sound of the meteor striking Russia. Credit: YouTube.com

Peng was able to make the sounds audible by increasing their speed. The data was provided by the data management center at the Incorporated Research Institutions for Seismology.

Peng used the same sonification process to convert seismic waves linked to North Korea’s nuclear test on Feb. 12, and an earthquake the next day in Nevada. According to Tech, these two events registered as a 5.1 magnitude event but created different sounds. These measurements were collected by instruments located from 100 to 200 miles from each event. Peng created a seismic recording of the meteor impact at a similar distance, according to the Tech statement.

“The initial sound of the nuclear explosion is much stronger, likely due to the efficient generation of compressional wave (P wave) for an explosive source,” Peng said in the statement. “In comparison, the earthquake generated stronger shear waves that arrived later than its P wave.”

The listening station in Lilburn is one of almost 400 seismic/infrasound stations in the eastern United States. It’s in the USArray, which describes itself as a “continental-scale seismic observatory.” A further description describes the program as funded by the National Science Foundation that was created to record seismic waves from earthquakes:

Previously, Peng made an audible recording of the earthquake in Tohoku-Oki, Japan in 2012. The sounds also are available online.

Peng received his doctorate in geological sciences in and his masters degree in electrical engineering in 2002, both from University of Southern California. Peng earned two bachelors degrees, in geophysics and computer application, in 1998 from University of Science and Technology of China, in Hefei, China.