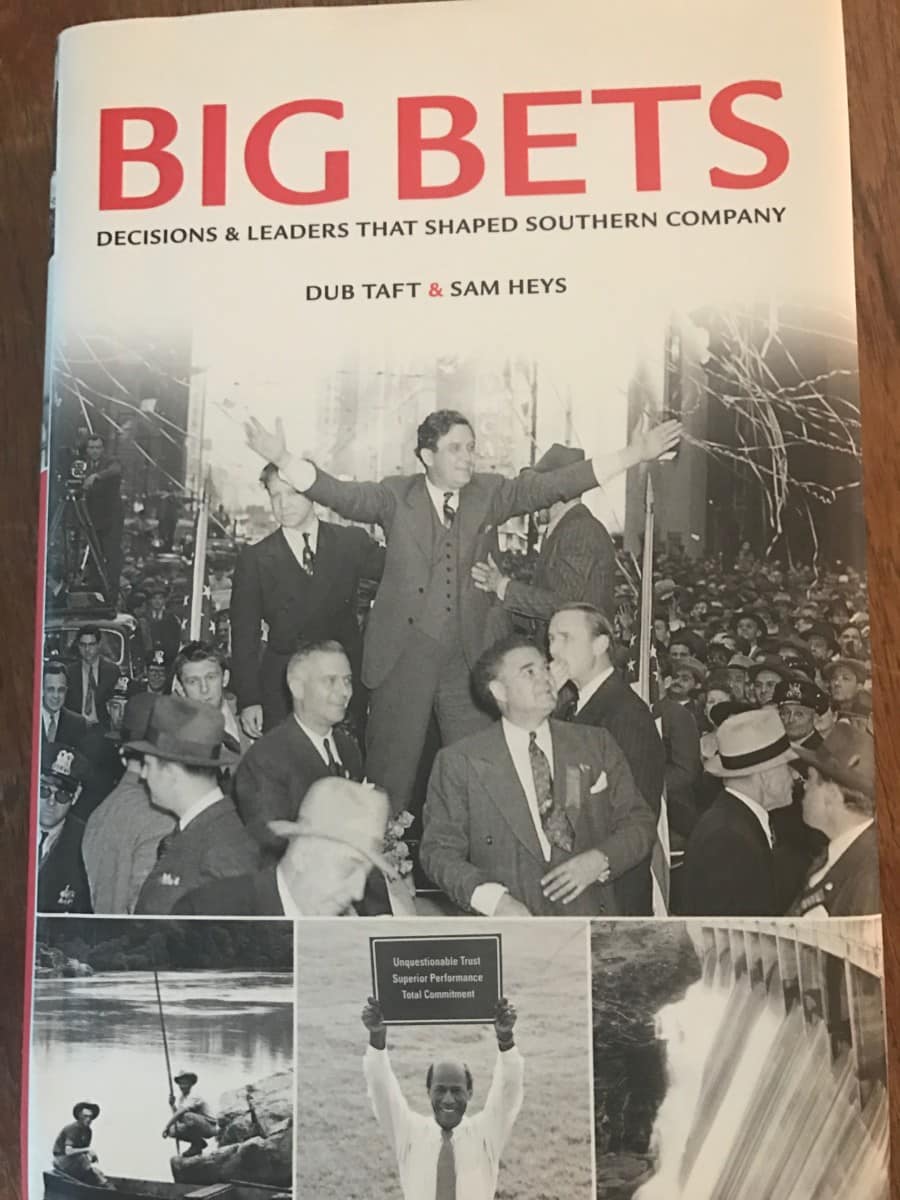 By Maria Saporta and Dave Williams
As published in the Atlanta Business Chronicle on April 7, 2017

The printed synopsis on the book jacket puts it this way: “Big bets are pivotal decisions leaders make when the stakes are high — decisions that forge a successful path or retrieve a lost cause at a critical crossroads. Big bets can determine a company’s destiny or reshape its future.” 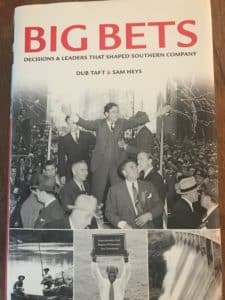 Within the next month, Southern’s leaders are going to have to make another of those “big bets”: whether to keep plugging away at an increasingly expensive nuclear expansion at Georgia Power Co.’s Plant Vogtle after the chief contractor filed for bankruptcy, or abandon the project and move in a new direction.

That “pivotal decision” will come at the same time Southern subsidiary Mississippi Power faces another in a series of delays at its clean coal power plant in Kemper County, Miss. The latest setback, announced April 3, will cost an estimated $70 million.

“We are not in a panic mode,” one Southern insider said. “But we do understand the gravity of the situation.”

While cost overruns and scheduling delays at the Kemper plant have piled up gradually — forcing up the project’s cost from an original estimate of $2 billion to $7 billion — the problems at Plant Vogtle south of Augusta, Ga., suddenly took on greater urgency March 29, when Westinghouse Electric Co. filed for bankruptcy protection. Originally expected to cost Georgia Power and three Georgia-based utility partners about $14 billion, the Vogtle project’s cost is up to at least $16 billion, while an environmental group that has been closely following the work pegs the price tag as high as $20 billion.

The official statement from Georgia Power is that the company and the other owners of the nuclear power plant had been preparing for the possibility of a Westinghouse bankruptcy filing, and they now are assessing the situation to decide what steps to take in response to Westinghouse’s bankruptcy.

“We will continue to take every action available to us to hold Westinghouse and [Japanese parent company] Toshiba accountable for their financial responsibilities under the engineering, procurement and construction (EPC) agreement and the parent guarantee,” Georgia Power spokesman Jacob Hawkins said in a statement. “Work is continuing at the Vogtle site during the assessment period.”

People who are close to the situation, who spoke on background, outlined some of the key issues involved.

Georgia Power expects to have a better idea of how it will proceed in the next 30 days — part of that will depend on how the company works with Toshiba.

Georgia Power CEO Paul Bowers has traveled to Japan to meet with Toshiba executives, and reportedly those talks went well.

Apparently, Westinghouse had been receiving money from Plant Vogtle’s utility owners but had not been paying the employees working on the plant. To prevent employees from walking away from the job, the owners now are paying the workers directly.

“We were about to have a mess on our hands,” one person said.

One of the options would be for Southern Nuclear, a sister company of Georgia Power, to step into the Westinghouse role and take over construction of the plant while continuing to receive support from Toshiba. 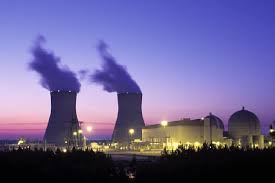 Plant Vogtle nuclear power plants 1 and 2. Currently Vogtle 3 and 4 are under construction (Photo from Wikipedia)

“If Westinghouse makes their engineers available, I think there is a scenario where Southern Nuclear completes it on their own,” said Tim Echols, a member of the Georgia Public Service Commission, the regulatory agency that will have to sign off on whatever plan Georgia Power decides to pursue.

While Mississippi Power plans to complete the Kemper project by the end of this month after numerous slippages in the timetable, whether the Plant Vogtle expansion ever is finished is contingent on the “numbers working out” and figuring out how much it would cost to finish building two additional nuclear reactors along the Savannah River.

The project’s most persistent critics say it’s time to give up on both Vogtle and a second nuclear construction project being built by SCANA Corp. in South Carolina.

“The lack of productivity improvement and the many unknowns that lie ahead for the Vogtle and Summer projects … make it pretty clear that stopping the forced draining of customers’ wallets has to occur,” said Sara Barczak, high-risk energy choices program director for the Southern Alliance for Clean Energy (SACE). “Not another dollar should be spent.”

Even Echols, who has been a strong supporter of the Vogtle expansion, said moving in another direction is a viable option for Georgia Power.

“The wise course of action may be to abandon or convert this plant to natural gas,” he said. “That will depend on the pending financial analysis.”

But the sentiment among insiders is the company has invested too much to walk away. Georgia Power, which has a 45 percent stake in the project, has spent $3.68 billion on the work so far.

“We are too far along now,” one person said.

But if the cost to complete the Vogtle expansion reaches a certain threshold, the company may have no choice but to abandon the project.

“They don’t want to,” one person said. “It depends on what the numbers are.”

Insiders said a threshold could be around $20 billion, the figure already being cited by SACE. Any additional costs would be split between Georgia Power and the other owners.

Despite the problems at Plant Vogtle, people close to Georgia Power said “the company is still very committed to nuclear energy,” and it will do all it can to proceed with the project.

Whatever decision Southern Co. makes on the future of the Vogtle expansion, neither the woes there nor at Plant Kemper pose any threat to Southern’s bottom line, said Paul Patterson, an energy analyst with Glenrock Associates LLC.

“I don’t see this as bankrupting the company. It’s large, stable and solid financially,” Patterson said. “Having said that, it isn’t as if they’re indifferent to this. It’s important to everybody that the situation be resolved as best as possible.”