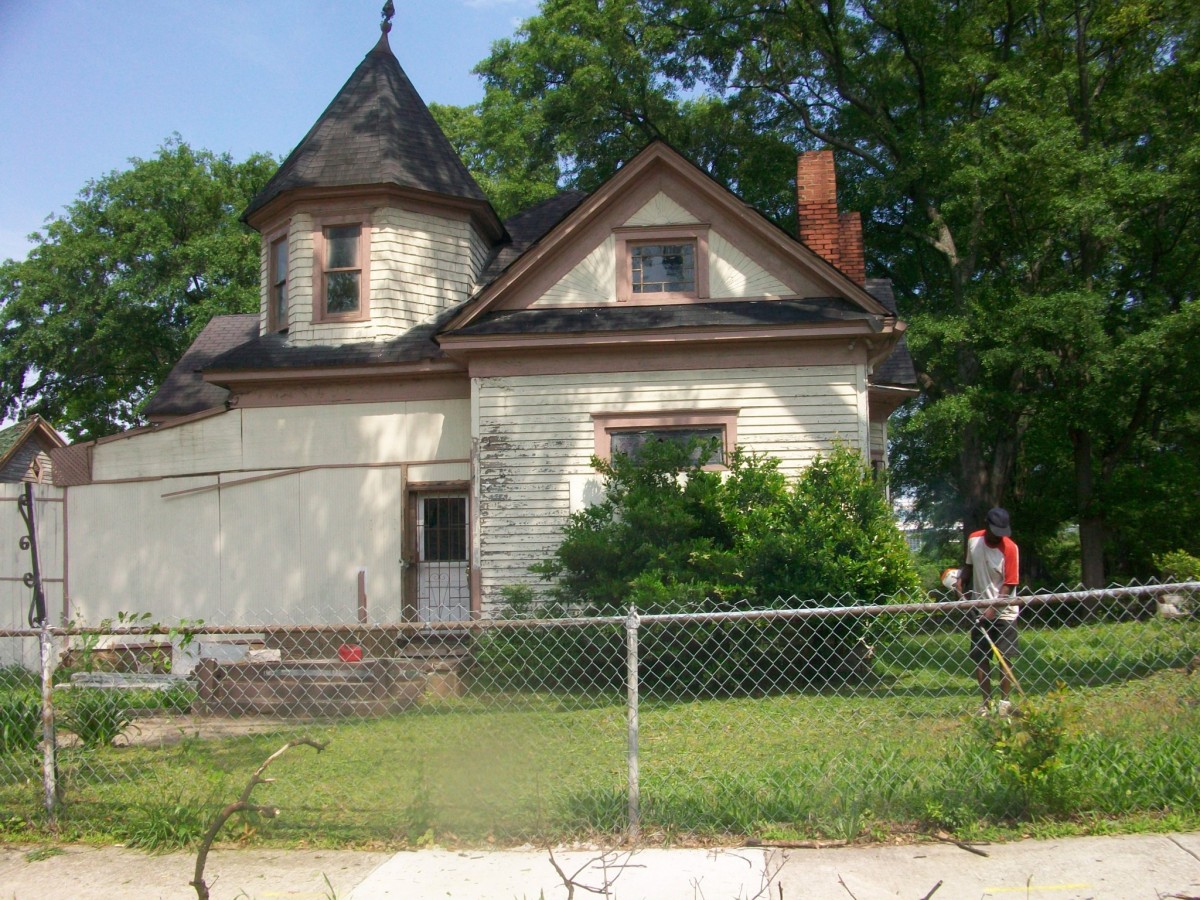 The strategic plan to renew blighted neighborhoods near the future Falcons stadium seems to address the issue of local hiring that some advocates hope the Atlanta City Council will include in its stadium funding legislation. 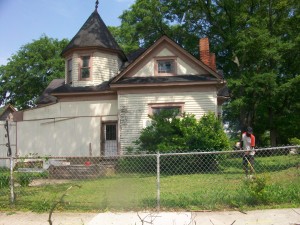 “At the heart of the plan is the provision of a road map to sustainable job creation and transformative human capital development for the residents of the Westside TAD neighborhoods,” the plan states.

The report predicts that jobs – other than as shop clerks – will be created in English Avenue and Vine City. Fields are to include environmental clean-up; culture, history and the arts; early childhood learning; and construction. The report, prepared for Invest Atlanta, also describes the role of a proposed training center to prepare future workers.

The issue of local hiring has yet to emerge as a major topic for the Community Benefits Plan Committee – despite repeated prodding from some community advocates who hope it will be included in a final community benefits deal. The council has to approve such a deal before the city can provide any of the $200 million it has promised to help pay for the stadium’s construction.

The strategic plan cites several indicators of the community’s need for good jobs and help in gaining the skills to get a job and keep it:

The strategic plan contends that a training center, called a resource center, could serve as a one-stop shop where multiple providers could teach the life skills necessary get and keep a job. The report suggests that further research be conducted to determine which providers and skills be made available in one or more resource centers of about 50,000 square feet. 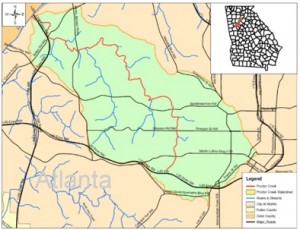 Environmental clean-up jobs will be created as a result of the inclusion of the Proctor Creek basin, in green, in the federal Urban Waters Partnership Program. The basin is located in the stadium neighborhoods. File/Credit: City of Atlanta

The jobs that could be created in English Avenue and Vine City are outlined in the report. A few examples include:

The report did not predict wages and benefits for these jobs.

These jobs do, however, provide glimmers of entrepreneurial possibilities in businesses that could be scaled into other Atlanta neighborhoods and even other cities. These possibilities not be possible in some of the jobs that were outlined during the committee’s Sept. 4 meeting, such as the future jobs in a potential hotel along Northside Drive, according to Scott Chapman, who represents Castleberry Hill on the committee and works in the hotel industry.

As longtime community advocate Tillman Ward often notes, the area’s history should be shared and could be developed into a local cottage industry.

For example, just one nearby neighborhood, the Sunset Avenue Historic District, contains historic attractions including:

The committee is slated to meet again Wednesday to continue deliberating a community benefits deal. The stadium legislation the council approved in March requires the council to adopt such a deal before Atlanta can provide any of the $200 million it’s contributing to the $1 billion retractable roof stadium. The committee agreed Sept. 4 that it won’t be bound by an Oct. 2 deadline that was set in July.