Editor’s Note: This story has been updated with comments from the Georgia Building Authority.

Georgia has suspended indefinitely its effort to sell the old Atlanta Farmers Market near the BeltLine in southwest Atlanta. 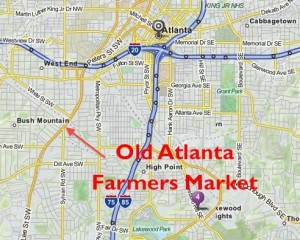 The state has suspended, if not halted, the old Atlanta Farmers Market, which is in the BeltLine corridor in Murphy Triangle. Credit: Mapquest, David Pendered

The state cancelled a bid opening for the farmers market that was set for Wednesday afternoon. Bids were due Oct. 26 and the market expressed no interest in the 16.4 acres with 10 buildings and a shed. The cancelled deal is a blow to hopes that redevelopment is coming anytime soon to a gritty industrial area near Murphy Triangle along the BeltLine.

This is the second time in two weeks the state has had to stall the proposed sale of high-interest parcels in Atlanta. The planned bid opening for the historic Olympia building, at Five Points, was delayed for a month or two. A spokesman with the Georgia Building Authority said Oct. 22 that more time was needed to finalize negotiations with Coca-Cola over their sign on the rooftop.

The bid on the Olympia building has not been reissued.

Paul Melvin, the GBA spokesman, said Wednesday afternoon that no bids were submitted for the old farmers market. The state will await a better times to try to sell the property, Melvin said.

“We received no interest in the property, so we decided to pull it at this time,” Melvin said.

“At some point in the future, we certainly would like to sell it,” Melvin said. “We think it’s a piece of property that, developed properly, would be a benefit in the community. We would like to get it back on the market.”

The GBA owns the farmers market property. The sale was being handled by the Georgia State Properties Commission. 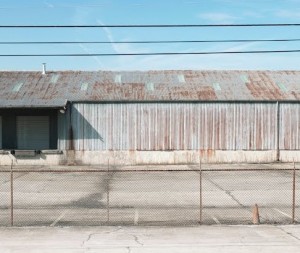 The deal at the old farmers market had the potential to showcase the market’s attitude toward redeveloping an industrial property in a soft real estate climate. The site is located between Fort McPherson and Downtown – an area that was on the brink of a redevelopment boom when the recession hit.

The 10 buildings and shed comprise a total of 298,380 square feet. That’s almost the size of three Walmarts.

The buildings probably will have to be demolished, according to some developers who’ve eyed the site. Their design and condition do not lend themselves for redevelopment.