Gwinnett County commission Chairman Charlotte Nash laid her cards on the table Wednesday in her “State of the County” address. 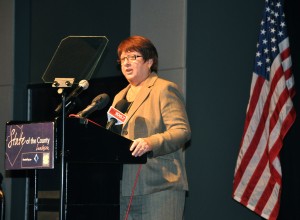 The speech presented some challenges – the economy is harsh, the county budget is lean and getting leaner. Fresh allegations of public corruption in DeKalb County are reminders of Gwinnett’s recent and continuing problems.

Nash met it all head-on in her opening remarks: “Gwinnett’s story has been filled with ups and downs and plots twists along the way. The last few chapters were painful at times, and a few characters have been removed. But overall, Gwinnett’s story is a tale of success and a testament to those who made it happen.”

Nash concluded her speech asking the public to help in the work that leads toward the bright future she envisions for her native county: Serve on a board, become a volunteer.

“Help us write the next chapter of Gwinnett’s fascinating history,” Nash said.

Teamwork and transparency were the two themes Nash addressed through the course of her 30-minute speech.

Teamwork built the county and will propel it forward. Transparency will help rebuild the public trust, Nash said. 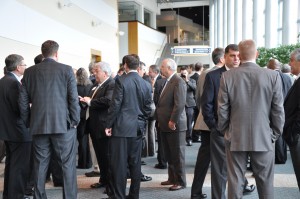 Inside the Gwinnett Center in Duluth, the crowd mills before the “State of the County” presentation by Gwinnett County commission Chairman Charlotte Nash. Credit: Donita Pendered

Nash’s complete presentation was online before the close of business Wednesday. A video of the speech will be broadcast Friday at 8 p.m., online and on local access channels.

There’s no getting around the issue of public corruption in Georgia’s second most populous county:

In focusing on teamwork, Nash took the unusual step of identifying almost everyone on the team that keeps the public sector running, along with those who propel the local economy. 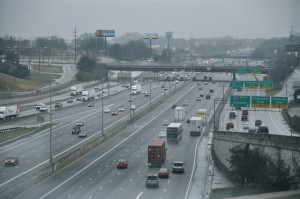 Gwinnett County is preparing to add diverging diamond interchanges at I-85 and Jimmy Carter Boulevard to ease traffic congestion on this segment of I-85 just north of the DeKalb County line. Credit: Donita Pendered

The public sector team includes the county’s congressional delegation and Georgia’s senators; four county commissioners; city officials; public school teachers and those in higher education; police and courts, fire and rescue; the county’s delegation at the state Capitol; not to mention Debbie Savage, who Nash said works in her office and keeps her on time to meetings and knowledgeable of the agendas.

From the opening through the closing remarks, the crowd was attentive – no sounds of clinking silverware came from about 500 guests who were finishing their meal at the annual event co-hosted by the Council for Quality Growth and Gwinnett Chamber of Commerce.

Nash provided detailed descriptions of the accomplishments of 2012 and a look ahead at 2013. Look to her speech for the details of the past, and the highlights of the coming year are to include: 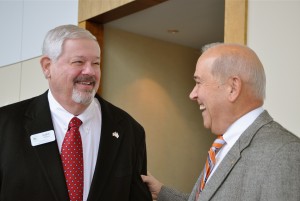