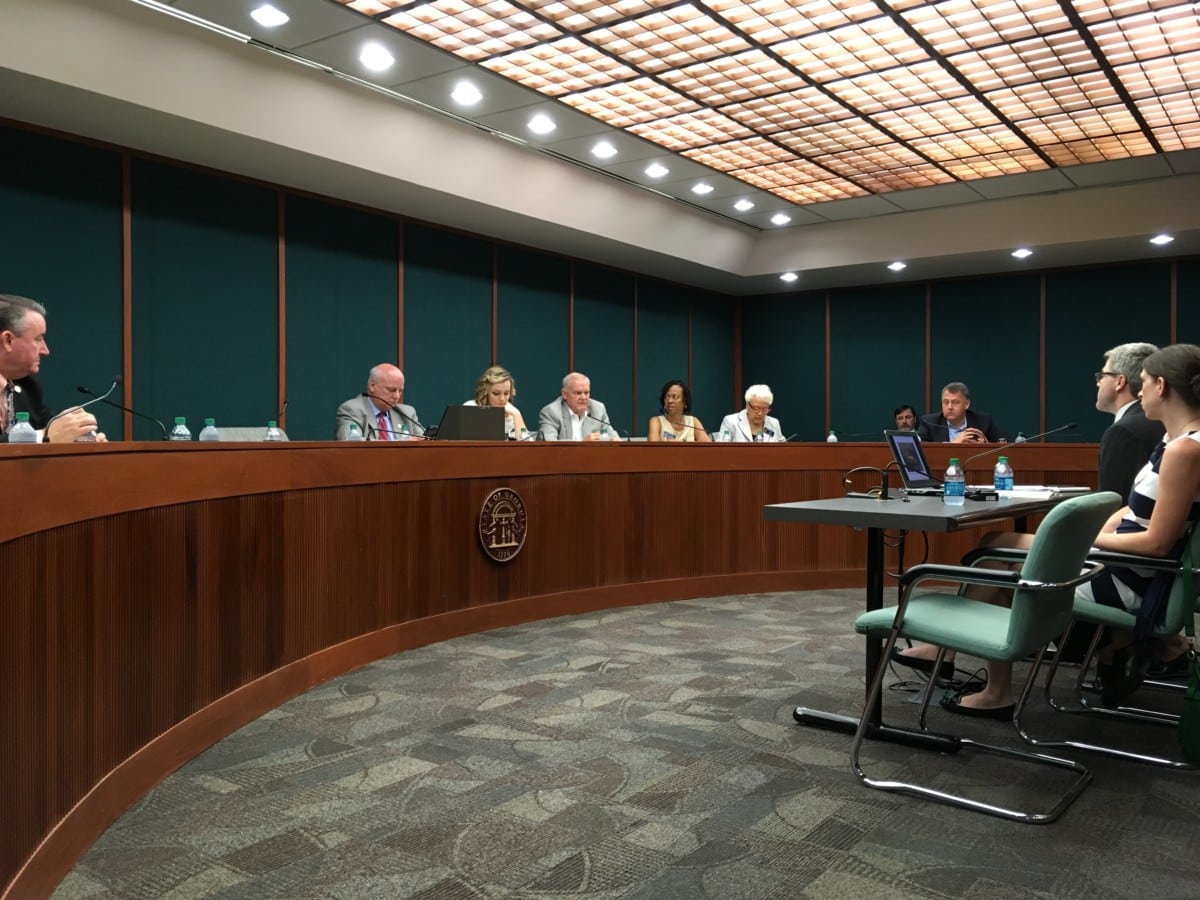 After years of study and discussion that fizzled, the chairman of the state Senate Transportation Committee said that he thinks conditions are getting ripe for metro Atlanta to get its own “Union Station.”

“I really believe this: that for the world-class city we are, for us not to have a ‘Union Station,’ or a multimodal transit terminal in our city is really tragic,” said state Sen. Brandon Beach (R-Alpharetta) on Thursday morning, just after his committee heard a presentation about a dormant proposal for an MMPT at Downtown’s “gulch.”

“The gulch” is roughly just south of Philips Arena and is dominated by parking lots and its namesake railroad gulch. Properties and air rights in the area belong to different landlords including the city, the state and private companies. And it’s possible that the upcoming arena overhaul could include the gulch.

Beach said that the gulch is not necessarily the right location but that Brookwood Station is “not what we need in Atlanta. We need to have Amtrak come into a multimodal passenger terminal,” Beach said.

The impetus for returning to the idea of a hub for train, transit and bus service — years after the state-commissioned study of a gulch MMPT— comes from three things, said Beach.

First, he said that on a trip to Denver he saw that the MMPT there was a catalyst for transit and for economic development, including out in other communities on the rail lines. Second, he said, the state and metro are in a great financial position, that there’s a lot of economic growth. Third, he said, more state political leaders have a more positive attitude toward transit than they did six or eight years ago.

But there’s another question that would be attached to any MMPT location: it’s not clear how much passenger train traffic might or might not be added to rail corridors. Norfolk Southern, CSX and other rail companies use the lines for freight. And many routes are not straight enough for fast passenger trains.

The Georgia Senate Transportation Committee on Thursday at the Capitol discussed the viability of a “Union Station” for Atlanta. Credit: Maggie Lee

But Beach still sees a future for passenger rail in Georgia.

“If we have the political will and the political courage, we can work with our partners at CSX, at Norfolk Southern, MARTA and we can come together. And if we all get around the table and if we check our egos at the door and we do what’s best for the citizens of Georgia, we can come up with a plan that works for everybody,” Beach said.

Staff from architecture firm Cooper Carry presented the some of the ideas their company helped develop for a gulch terminal for the Georgia Department of Transportation. When their work was finished in 2013, the price tag was about $1.5 billion.

Supporters wanted state, federal and private funds to help pay for it.

But it’s not clear that an MMPT would be an easy sell in the state Legislature. East Georgia state Sen. David Lucas (D-Macon) represents some of the poorest communities in rural Georgia. He said he wants to see an updated estimate of costs.

“We don’t have that much transportation going on down there” in places like Sparta, Lucas told the committee. “I’ve got to go back and explain to my folks if they can get it in Atlanta … why they can’t get something down there.”