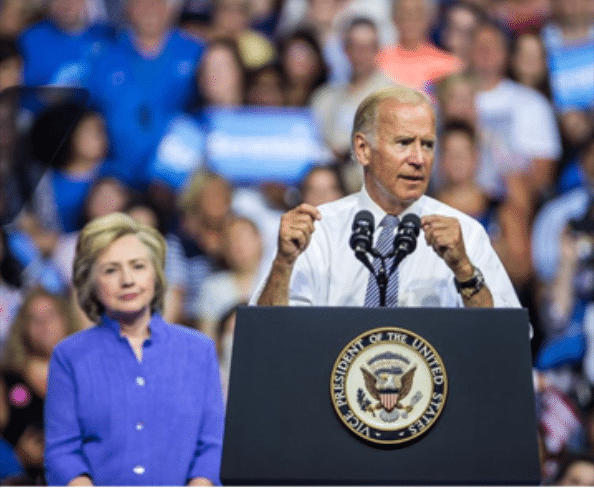 There was recently blockbuster news which could set aside many assumptions about the outcome of the election. The story hasn’t received the attention it deserves, however, because the news was about the last election.

An analysis by New York Times data geek Nate Cohn revealed  in June that millions — perhaps as many as 10 million — more older, non-college educated whites voted in the 2012 presidential election than was reported on election night from exit polling.

Working through voting files and census data, Cohn made the case that exit polls exaggerated the extent to which Bar Obama’s re-election depended on a younger, more ethnically diverse coalition of voters. In fact, where it counted most, Obama did very well among older, white, working class voters. Even if all the demographics had been the same as 2004, the year of George W. Bush’s re-election, and even if Mitt Romney had received 40 percent of the Hispanic vote, Obama would have been re-elected, Cohn concluded.

It’s not that younger, more diverse voters didn’t vote for Obama, but that research from this and other elections suggests they are over-represented in exit polls, as are women. This has tended to obscure the extent to which Obama’s victory depended on his party’s traditional working-class white base. According to the exit polls, these voters comprised 25 percent of Obama’s support in 2012. According to Cohn’s analysis, they actually made up 34 percent of his vote.

The good news for the Trump campaign is that this newly discovered trove of voters comes from the demographic which he’s been most successful in wooing, as the pictures from his rallies attest. In states such as Michigan and Pennsylvania, they could give him a chance that current polling suggests he doesn’t have.

The bad news for Trump is that where he needs them, these voters chose to keep Obama in the White House. Cohn’s analysis shows significant difference in regional voting patterns. In the South, white working class voters were much less likely to vote for Obama in 2012 than John Kerry in 2004. Outside the South, white working class voters supported Obama more strongly than they had Kerry or Al Gore in 2000.

Over the long run this is good news for Democrats, although Trump’s appeal to these voters raises warning flags in this election.

One thing these new numbers bear out is the critical role Joe Biden played in the last election, shoring up support for Obama in traditional Democratic strongholds in Pennsylvania, Ohio and Michigan.

This year Biden gave the convention speech which most directly challenged Trump on middle-class economic issues, and on Monday he was back in his home town, Scranton, Pa., for his first campaign appearance with Hillary Clinton. This was an old-style Democratic rally,  and both Biden and Clinton seemed to enjoy it.

“If you worry about losing your job, about getting decent pay, if you worry about your children’s education, if you’re taking care of an elderly parent after losing the other one, there’s only one person in this campaign who can possibly help you,” Biden said Monday, sounding familiar themes.

Of course, a somewhat larger showing by one demographic or another won’t make much difference in this year’s race, if all the demographics continue trending in the same direction.

If there was a smattering of good news for Trump amid the mostly dreadful polls of the past week, it was the YouGov/CBS News poll which showed Trump leading Clinton in Georgia, after two previous polls had shown Clinton leading by about the same margin.

If the good news for a Republican presidential candidate is that he has a four-point edge in Georgia, however, the bad news is going to be very, very bad. The national polls showing a close race and the afterglow from the Republican primaries have buoyed Trump’s supporters through months of political missteps on the candidate’s part.

But in August, bad news from the battleground states has begun falling with the increasing intensity of a summer storm. There might be time for the Republicans to turn around what was supposed to be a close election, but time isn’t really the problem.

Previous Article
MARTA rolls out “bendy” buses, test drives a double decker
Next Article
We can rebuild it — 3D technology offers hope for the survival of our most endangered cultural assets