From the talk-show rounds Matt Damon recently made, you’ve probably gathered that “Stillwater” is loosely based on the notorious Amanda Knox case a few years back, when a young American student studying abroad was imprisoned for murdering her roommate.

But this movie isn’t about the girl. Or even, really, about the murder. Rather it’s a story of transformation. Bill Baker (Damon) is a foursquare American from the Midwest, a fast-food devotee with a slight gut, who smokes cigarettes, likes plaid shirts and typically falls asleep in front on the TV. 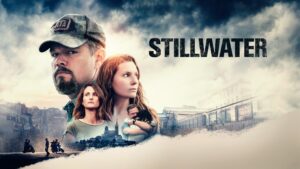 He’s come to Marseilles on the coast of France to visit his estranged daughter, Allison (Abigail Breslin) who swears she’s innocent. However, she’s not exactly thrilled he’s there. She doesn’t think she can trust him. As she says, he’s not capable. And she doesn’t want to spend the rest of her life in a French jail just because Daddy is a thick-headed out-of-work oil-rigger from Stillwater, Oklahoma.

However, after four years behind bars, she needs to re-open her case and it looks like her dad is her only chance.

The movie’s second thread concerns Bill’s relationship with a struggling French actress named Virginie (Camille Cottin from “Call My Agent”) and her adorable young daughter, Maya (Lilou Siavaud). Theirs is a culture clash that slowly turns into a lovely treatise on how to build a family. Bill doesn’t speak the language, and he’s not likely to learn.  At least, not at first. In fact, Bill may not even be that interested in his own daughter. Like Dorothy in Oz, he just wants to go home.

However, Bill is no stereotypical Ugly American.  He is polite. He is helpful. He develops a charming and affectionate bond with Maya and, later, with Virginie. 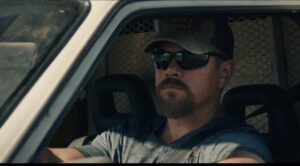 And “Stillwater” isn’t just another “Taken” rip-off. There are some well-staged action scenes, a foray into a dangerous corner of Marseille, face-offs with French punks. But director Tom McCarthy (the Oscar-winning “Spotlight”) is after something more complex, something that’s part thriller, part character study, part cultural comment.

This is as good a performance as Damon has given in years. With his battered baseball cap and ever-present bottle of beer, he gives off all the signs of a thick-necked vigilante. But he’s not. He’s a more or less regular guy who’d like to help his daughter (and his new family, Virginie and Maya), but must do so by negotiating his way through a dense web of learned All-American behavior that is of no use to him in these unaccustomed circumstances.

“Stillwater” is the sort of film Hollywood used to make effortlessly: big stars, intriguing characters, glamorous setting, juicy set-up, some minor violence.  It got a five-minute standing ovation when it was shown at Cannes earlier this year. You owe it to yourself to see why.

“Stillwater” is now in movie theaters, and it is available on Video on Demand.