In June 2020, in the wake of massive local, national, and worldwide demonstrations against racism and police violence, the Confederate monument in downtown Decatur came down. 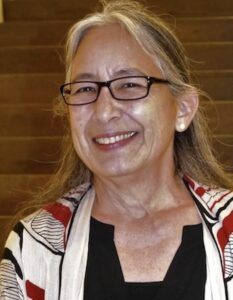 Standing next to the historic county courthouse since 1908, when it was erected by the Daughters of the Confederacy, the towering obelisk was a constant reminder of the on-going power, even respectability, of white supremacist violence, particularly since it was installed less than two years after white mobs had destroyed Black-owned businesses in and around Atlanta, assaulting hundreds of Black men and women and killing dozens of people.

In 1906, a few months before the “race riot,” the United Daughters of the Confederacy had put a cannon, “a relic of the Indian war of 1836,” on display outside the same DeKalb County courthouse. It’s a monument that remains in place despite an ongoing campaign for removal organized by the Beacon Hill Black Alliance for Human Rights. Apparently, the UDC appreciated the relationship – one many of us have lost sight of – between the genocidal occupation of Indigenous lands and the appropriation of enslaved labor to make those lands profitable. 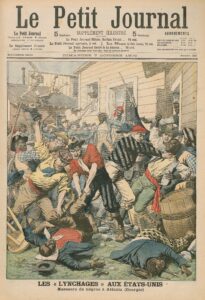 Atlanta’s 1906 ‘race riots’ made the front page of France’s most widely circulated newspaper, ‘Le Petit Journal,’ when more than 1 million copies of this edition were published Oct. 7, 1906 with a caption that translates to, ‘The Lynchings in the United States: The Massacre of Negroes in Atlanta.’ (Image from wikipedia.org)

Stories matter. Stories matter to those intent on maintaining structures of power and privilege, and to those being crushed by those structures. Like the confederal obelisk, the cannon tells a story of white supremacy. A story that glorifies the history of European colonizers who came to North America not just to exploit its resources and return home with their profits, but to stay. And that’s what they have done. The cannon commemorates the violent removal of the Muscogee Creek Nation from this land in 1836; land that was then transformed into the property of European settlers and rendered profitable by the labor of enslaved Africans and convict labor. Land that still produces great wealth for some, at the expense of so many others.

In the United States, the space to tell, and to hear, our stories has been expanding. The histories and lived realities of those who have been excluded, particularly people of color, are seeping into mainstream discourse, into the books our children read, the movies and television shows they watch, the many sites comprising social media. These stories have always been there, of course; an organic aspect of life and identity for many and generally accessible to others willing to put in a bit of effort. For the most part, however, they have been kept in the shadows. 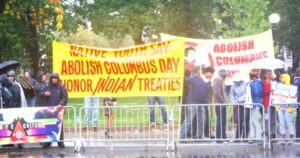 Since 1989, the American Indian Movement of Colorado has been leading an education effort intended to halt the commemoration of Columbus Day, as with this demonstration in 2011. (Photo courtesy of Carol Berry)

In 2020, as mass mobilizations triggered by the death of George Floyd at the hands (or, more accurately, under the knees) of the Minneapolis police swept across the globe, our discussions about race and its role in American history started to break through the many layers of denial that protect the United States’ origin story. This threatened to open the door to the existential angst that has always lurked beneath American exceptionalism; angst apparently intensified by census reports that the number of people identifying as white is shrinking in absolute and relative terms.

Against this background, critical race theory – or what is said to be critical race theory – has been attacked in executive orders issued by former president Donald Trump, legislation proposed or passed in over 20 states, heated local school board meetings, and impassioned ‘s debates across the media spectrum. While “critical race theory” provides a convenient label, these attacks are actually targeting the growing recognition that racism and xenophobia are structurally embedded in our history and institutions. Their goal is to restore the narrative of righteousness that weaves its way through U.S. history, from its foundational violence to contemporary assertions of global hegemony.

It’s almost Columbus Day, the time of year when our youngest and most vulnerable are taught, as an article of faith, that in 1492 Christopher Columbus discovered America. Six words that say so much about who “we” are, who matters and who doesn’t. A holiday honoring a slave trader who, as governor of Hispaniola, drove the previously thriving Taino population to the point of extinction. A holiday first officially recognized in Colorado – also in 1906 – just 16 years after the massacre of hundreds of unarmed Lakota men and women, children and elders, at Wounded Knee, in South Dakota. 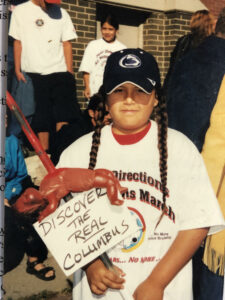 A spear pierces the representation of an Indigenous baby in the display carried by Nataanii Means to protest a celebration of Columbus Day in Denver, Co. (Photo courtesy of Natsu Taylor Saito)

Just last month, South Dakota Gov. Kristi Noem prohibited state education officials from applying for any federal grants in history or civics, citing concerns about Ibram Kendi and the 1619 Project. In doing so, she proclaimed South Dakota to be “the Mount Rushmore State, home to our nation’s greatest monument to our history.” Kevin Killer, president of the Oglala Sioux Tribe, quickly responded that South Dakota is the State of Wounded Knee, refusing to allow “the desecration of our Native lands” to be invoked “as the basis for teaching a one-sided triumphalist narrative of American history.” “We are the home of proud and resilient Indigenous children who deserve to see their own histories and perspectives reflected in what they are taught in school,” he wrote in a letter I keep in my files.

Here in metro Atlanta, our proud and resilient children also deserve to see their varied histories and perspectives reflected in what they are taught in school and what they see commemorated in the public spaces they traverse every day. “[I]f we refuse to face any of our awkward and deepest truths,” poet Ben Okri warns on page 42 of “A Way of Being Free,” “we are going to have to become deaf and blind. And then, eventually, we are going to have to silence our dreams, and the dreams of others.” That is what we have been doing. But we can, instead, choose to face these truths together.

Note to readers: In addition to her work with Georgia State University’s Center for Access to Justice, Natsu Taylor Saito is a human rights advocate and author of Settler Colonialism, Race, and the Law: Why Structural Racism Persists. 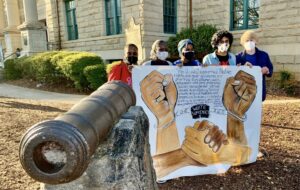 A series of protests against the ‘Indian War’ cannon on the Decatur Square are among reasons for its proposed removal, according to a resolution pending before DeKalb County commissioners. (File/Photo by Kelly Jordan)